A world of anarchy and chaos – correctional facilities in South America are considered among the toughest in the world. The inmates themselves are often in control of daily life within the walls of the miserably overcrowded prisons. Valerio Bispuri visited over 70 of them, resulting in haunting black-and-white images that offer a glimpse at life behind bars – images as full of contrasts as life itself.
You can see a comprehensive series of Valerio Bispuri’s images in issue No. 2 of the M Magazine, which is available today, Friday, May 15.

Q: You have said that prisons represent the difficulties and the dreams of a population. How did you come up with the idea of revealing Latin American society through its prisons?
A: Prisons are a reflection of a country, of an enterprise. The project developed slowly. I can understand how people living in prison try to play at everyday life, in the moment, even under very difficult conditions. At Villa Devoto, a prison in Buenos Aires, the inmates were drinking mate and talking about football, like they were in a bar. “Encerrados” shows how people live without liberty; it is without judgement, just showing the reality.
Q: How do the inmates react when you enter carrying a camera?
A: It wasn’t always easy to talk with the inmates, but before starting to photograph I always explained what I wanted to do, because I just wanted to take pictures. Some of them begged me to and it helped me discover their reality; others didn’t want to be photographed, but only a small portion reacted violently.
Q: One of the toughest sections was the Pabellón Nr. 5 at Mendoza prison, where even the guards refused to enter. After you took the photos they closed that section down. Did you get to visit that prison again?
A: I never returned after Pabellón Nr. 5 was closed down. This year I tried to see if I could visit the prison in Mendoza to present the book, but I didn’t get permission. I don’t really know where the prisoners from Pabellón Nr. 5 are now, but I can definitely say that they can only be better off than they were. 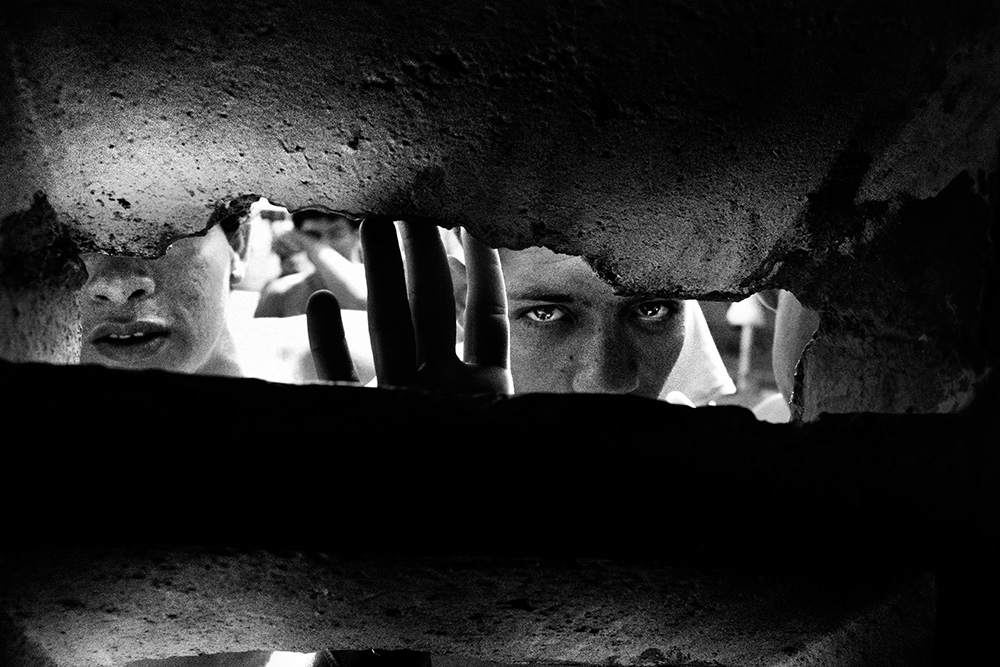 Q: What was the most impressive thing you discovered in the prisons?
A: Anger – in both the positive and negative sense – the anger that allows people to resist, to find a way to survive, to get ahead; but also anger that leads to violence and abusing one another. What impressed me most was the desire to survive.
Q: The impression that comes across in your photos is that the inmates don’t get any kind of help. Are these prisons independent from the state?
A: In reality, they get very little help. The facilities are not adequate enough, and most inmates have nothing to do all day. There is no healthcare whatsoever, and life is a daily struggle to survive. The system is very corrupt and it’s very difficult to change it.
Q: Why did you decide to take pictures in black-and-white?
A: Because there are no colours in prison, just shades of grey…
Q: Did your long-term project in the prisons of Latin America come to an end with the publication of “Encerrados”? Do you continue visiting the prisons and showing the inmates the outcome?
A: Yes, I visit Italian and South American prisons, presenting the book and speaking with the inmates, showing the photos and seeing if anything has changed.
Q: What project are you working on right now?
A: I’m about to finish working on a project that’s even longer than “Encerrados”. It lasted for twelve years and deals with a terrible drug called Paco – and it’s going to be in colour. I’ve been working for the last five years on the intimacy of the lesbian community. I only work on very long projects, because it’s the only way for me to arrive at an understanding, and to be able to tell a story in depth. 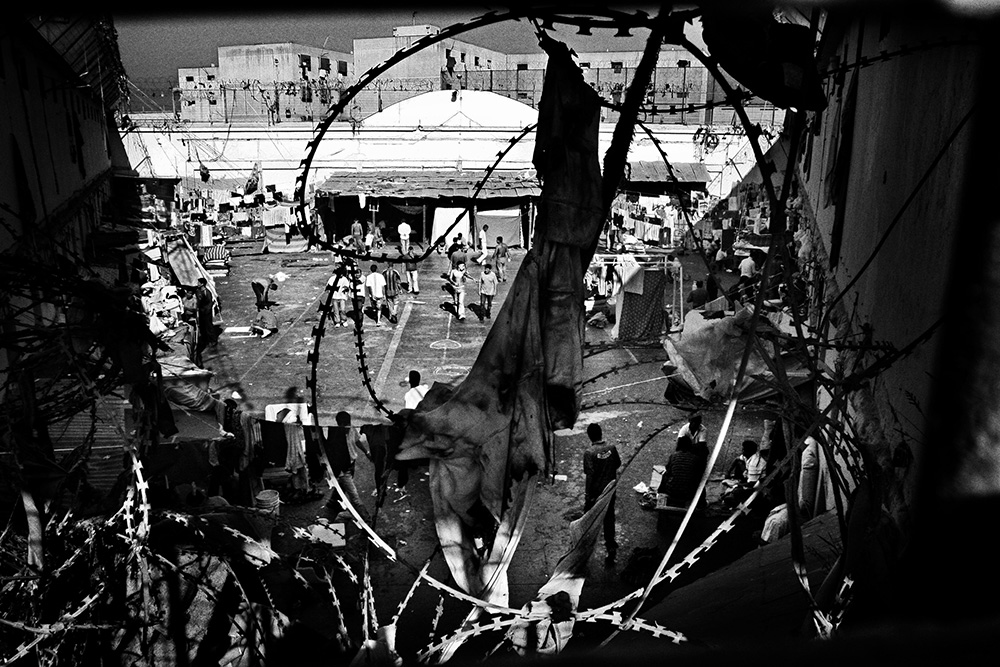 Q: What would be your catch phrase for photography?
A: Only begin to take photographs once your eyes are tired of seeing.
Q: How did you get into the world of photography?
A: When I was seven, I bought myself a camera without saying anything to my parents. At 18 I took part in a one-year photography course in Rome, my hometown. From there, passion turned into necessity, a job. But I only turned professional when I was 30, which is quite late.
Q: What kind of feedback did you get when you showed the photos to the inmates?
A: I was very curious to see how the inmates would react to the photos in “Encerrados”. I was also a little afraid, but so far they’ve all reacted in an extraordinary manner, with emotion and passion. One inmate recently said to me, “Thank you for showing our reality from within, like I’ve never seen before.”
Q: How do you define the word liberty?
A: Liberty has very strong inner limits; fear arises from the sense that you no longer have those limits. I have seen free men imprisoned within themselves and free men locked up in jail.
Thank you for your time, Valerio!
– Leica Internet Team
To see more of Valerio’s work, visit his website.