Frankfurt-based Maik Scharfscheer is, above all, a very successful commercial photographer, who works primarily with a Leica M or S. He is one of the first photographers who were given the chance a few months ago to try out a prototype of the new Leica Summilux-M 1:1.4/28 mm ASPH. He took the lens to Marrakesh in Morocco where he produced some fascinating pictures of a parkour athlete.
Q: Where did the idea to try out the new Summilux on parkour in Marrakesh come from?
A: I’d met David, the parkour athlete, during an art project. I’d always wanted to do a parkour story in Marrakesh because, on the one hand, I’ve photographed many sports campaigns and, on the other, I’ve already done lots of photo shoots in Marrakesh. When Leica offered me the 28 mm, this story was on hand, because I had consciously decided not to photograph with a sports camera with high frame rates, but rather to carefully choose exciting perspectives with good light. I know where to find great backdrops with great light in Marrakesh; and these were the places we went, where I was able to photograph relatively spontaneously. I deliberately avoided turning up with a whole team, possibly blocking off streets or having assistants holding up lights.
Q: How did people react to the two of you?
A: It’s not always easy to take pictures in Marrakesh; you have to be sensitive in your approach to people. With this story, however, incredible amounts of people watched on very respectfully. There was no aggression whatsoever – something I have experienced in Marrakesh on other occasions. It was because of David’s performance and also because of the type of sport. People were fascinated by the fact that the sport depends solely on the body; yet, it was also something they could relate to. The fact that we were only two people, and I was using a small camera, was undoubtedly to our advantage. Those watching had the impression that this was a small, private thing: the photos were exciting, but no one noticed that we were actually shooting a professional photo series. 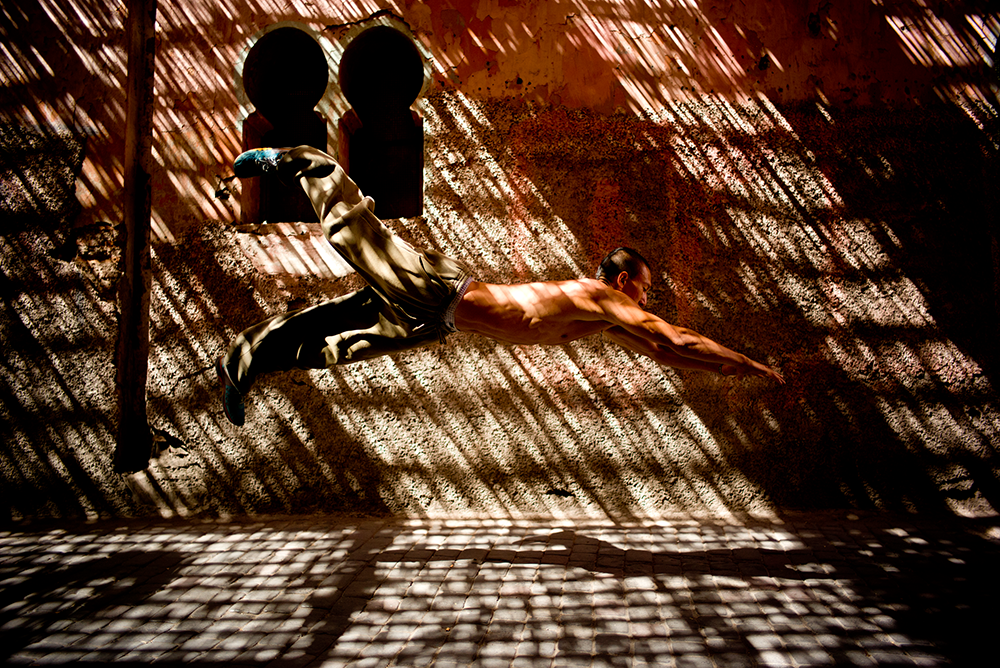 Q: Even so, using a Leica M with wide-angle lens to take sports photos is a rather exotic idea …
A: (laughing) … yes, that’s true. But I didn’t want to simply shoot non-stop. I was interested in the composition of the movements, and in bringing them together with great lighting. I wouldn’t necessarily have been able to do that with a different camera; and that’s what I always find so fascinating about the Leica M. I’ve worked with all kinds of cameras, but with an M it’s always different – looking, staging and searching for the right frame. It may make you slower, but definitely more creative.
Q: You also had a 90 mm and a 50 mm with you, though you shot most of the pictures with the 28 mm.
A: Yes, of course. I also wanted to use the other lenses, because you can’t photograph everything with a wide-angle. I wanted to produce a good series, with close ups, with sharpness and unsharpness – where, in fact, the 28 mm was fantastic. You can see it in some of the pictures, where I focussed on a particular detail, and the background breaks away very nicely, even though it’s a wide-angle lens – that’s really great. 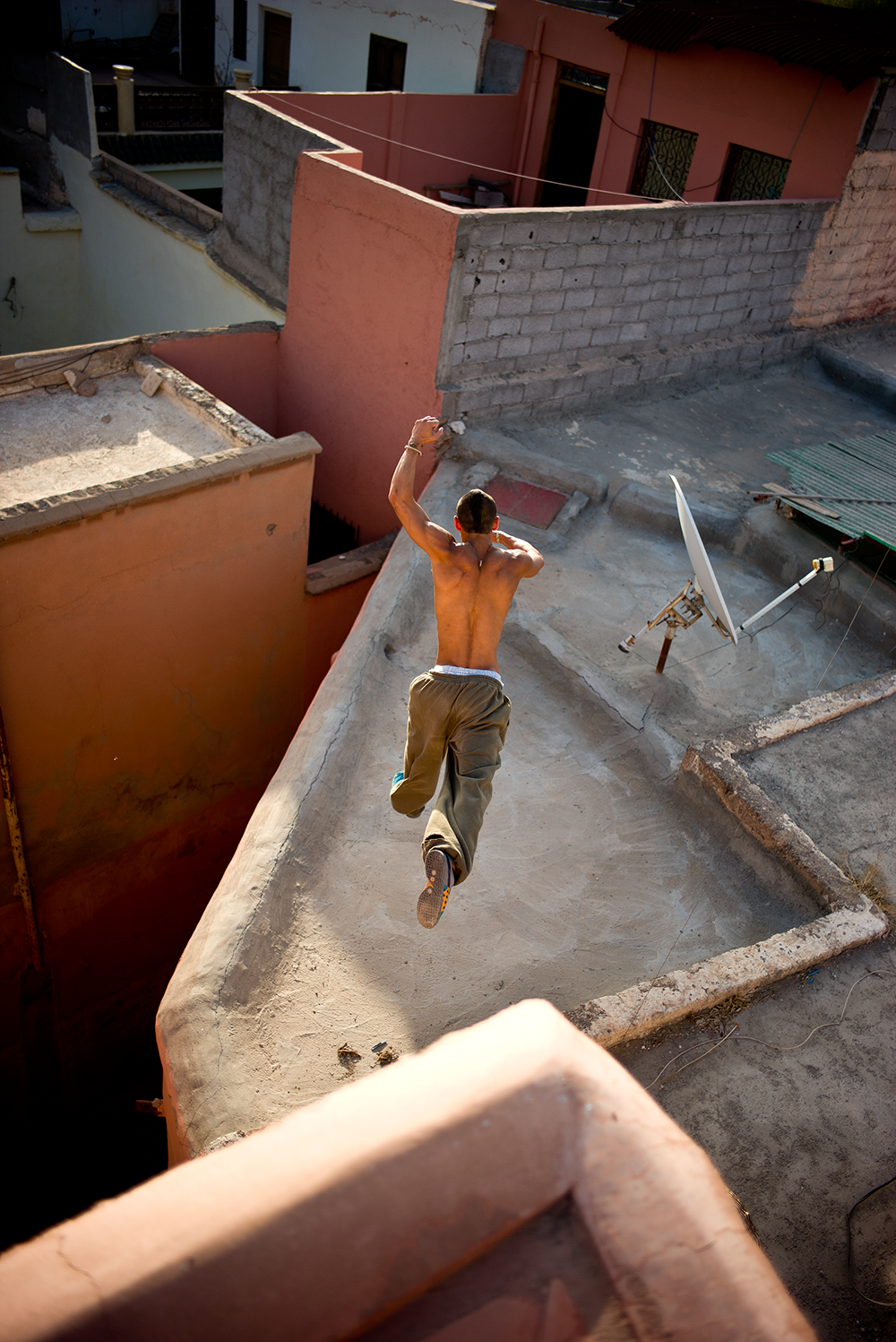 Q: Did you feel a super high-speed, wide-angle like the new 28 mm had been missing from the programme?
A: I do have a 35 mm Summilux. But, of course, the 28 mm is great, because it has just the right angle of field for many shots. It was great to be able to draw out even more and, above all, take these fantastic close-ups, where the unsharpness really goes into the breadth, and I could really be so close to the feeling. With each millimetre less of focal length you already get another impression.
Q: How would you describe the look of the Summilux 28 mm images?
A: It really is a great lens because, thanks to its high speed, you can really play around with sharpness and unsharpness. Already with open aperture you have an enormous amount of sharpness. As a result, it has a more three-dimensional look than I know from other 28 mm lenses.
– Leica Internet Team
Read the interview in German here. Connect with Maik on his website.