Newtown, a suburb of Sydney’s inner west is located approximately four kilometres south-west of the Sydney central business district, straddling the local government areas of the City of Sydney and Marrickville Council in the state of New South Wales, Australia. 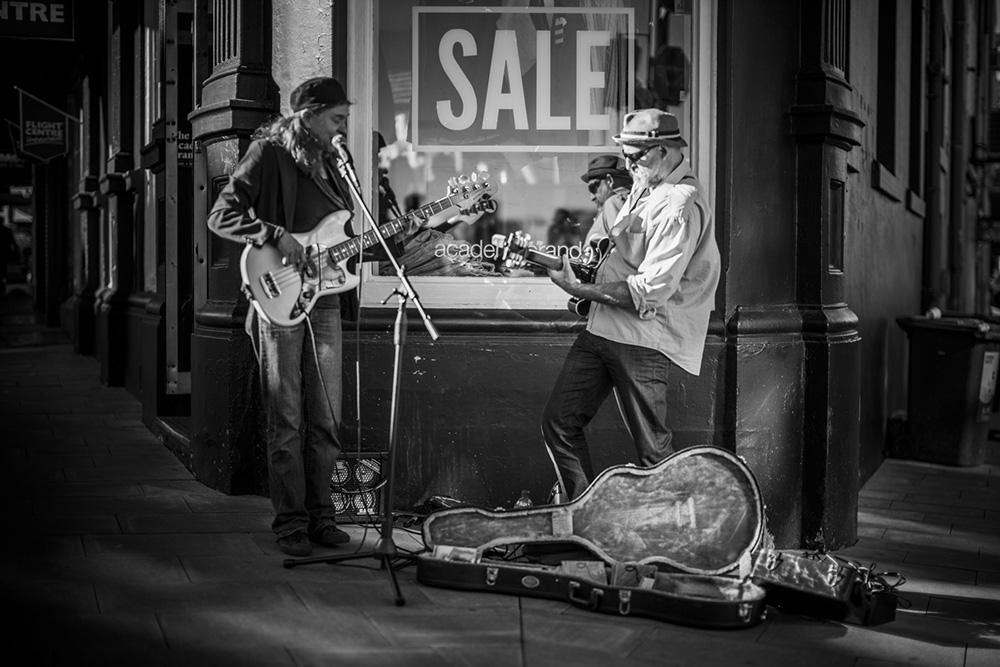 Newtown has been a hub for live entertainment since the late 19th century. During the 1980s the many pubs in the area housed a thriving live music scene, notably the The Sandringham on King Street. Throughout the 1990s it was particularly known as a centre for indie rock, with the suburb home to many musicians and several live venues.
The Newtown area is also known for its creative graffiti and street art. The most prominent of these works are the large murals created in the late 1980s and early 1990s, which were painted on the walls of houses and shops in the area. Spray-painted tags have proliferated all over the area in recent years, although more recently the style of tagging has become far more elaborate than the simple spray-can signatures that litter walls throughout the district. 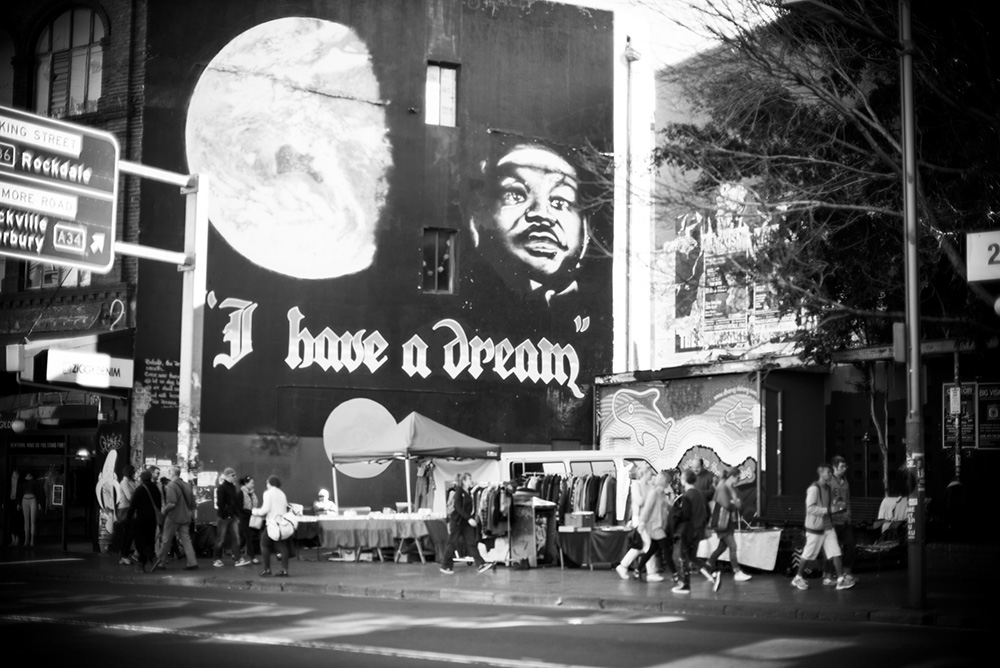 Examples include a mural of American civil rights leader Martin Luther King Jr. on King Street (painted by Andrew Aiken (Seems) and Juilee Pryor), the “Great Wave” mural in Gowrie Street, the “Three Proud People” mural (a reproduction of a photo taken at the 1968 Mexico City Olympics), and the “map of Africa” mural in King Street.
Newtown, St Peters and Erskineville have the highest proportions of same-sex couples in the 2011 census. The gay and lesbian community of Newtown also extends into neighbouring Glebe, Leichhardt, Annandale, Marrickville, Enmore and Dulwich Hill. The area was home to two of Sydney’s most well-established gay and lesbian pubs, the Newtown Hotel on King Street and the nearby Imperial Hotel in Erskineville Road (the famous drag show pub featured in the movie “Priscilla, Queen of the Desert”).
These photos were taken from 2010-2015 with a Leica M9 and Leica M (Typ 240). Lenses used were a Noctilux-M 50 mm f/0.95 ASPH. and Leica Summilux-M 28 mm f/1.4 ASPH.
– Haoming Wang
Born in Wuxi, China in 1985, Haoming Wang moved with his family to Singapore where he lived for five years before emigrating to his present home in Sydney, Australia. He has been photographing since 2007.
To see more of Haoming’s work, visit Flickr.