Carlos Fernandez Laser: On a Grand Tour with the Hardbrakers

The Leica camera Blog Uncategorized Carlos Fernandez Laser: On a Grand Tour with the Hardbrakers

Carlos Fernandez Laser’s main theme is action photography. Born in Bielefeld in 1984, the photographer began his career focusing on BMX athletes, professional mountain bikers, and punk concerts. Nowadays, he lends his talent and techniques to fashion photography. Equipped with a Leica M, he accompanied the Grand Tour of the Hardbrakers (a group of Hamburg cycling enthusiasts) from Warsaw to Helsinki this summer. You will find a small glossary of cycling expressions at the end of the interview.
Q: Mr. Laser, did you spend the Grand Tour driving alongside in a car or did you get in the saddle yourself?
A: Of course I wouldn’t have missed it for anything. I’ve ridden a bike as long as I can remember. I used to ride a dirt bike, and now I’ve been riding a BMX for over twelve years. On the Grand Tour from Warsaw to Helsinki, I cycled for a part of a couple of the legs, and then the whole of the leg from the Estonian border town of Narva, to Sankt Petersburg. That was over 190 kilometers. 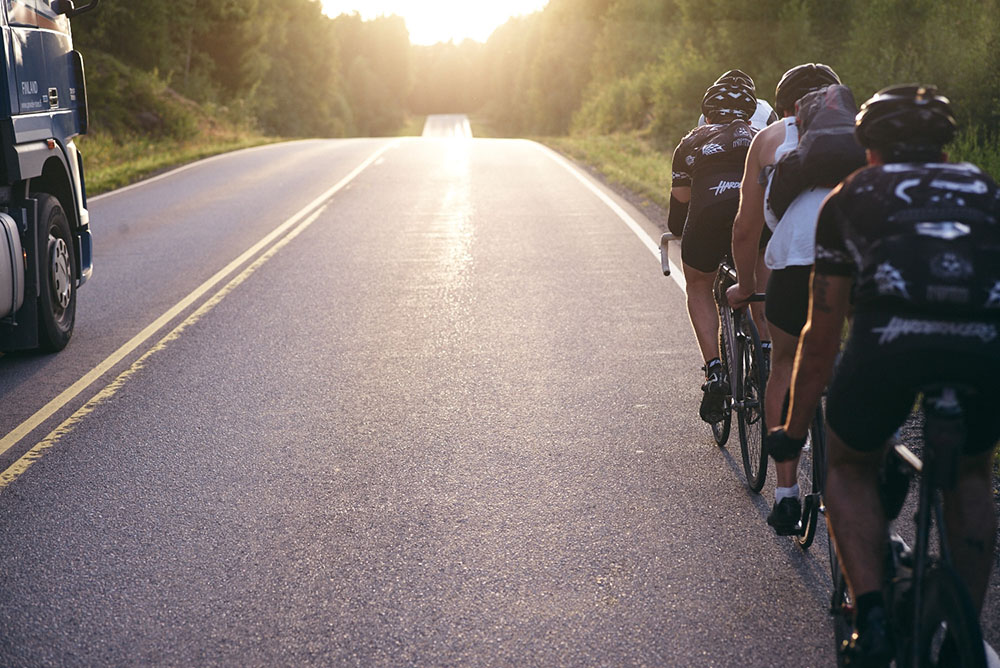 Q: Who are the Hardbrakers?
A: The Hardbrakers are a group of very diverse people from Hamburg and its surroundings, who are united in a love of cycling sports, and in particular, fixies; single-speed bikes with no free-wheel mechanism. This year they were riding their third Grand Tour, with a total of 1,960 kilometers in ten legs. I was also with them last year when they went from Lisbon to Marrakesh.
Q: With action photography, a Leica M is not the first camera that springs to mind. How did the camera do during this project?
A: I had begun working with the M for some time before the Grand Tour, like during a triathlon among other things, where things move pretty quickly. I immediately got a feeling for the focusing, and for the rest, I worked the same as usual.
I looked for a spot the athletes would run or cycle by, and then I focused, waited, and shot. That worked pretty well. During the Grand Tour, I photographed a fair bit from the roof of the car, or with one hand from a bicycle. You can hold the camera in such a way that one finger can move the focusing ring, after which feeling and experience come into play. 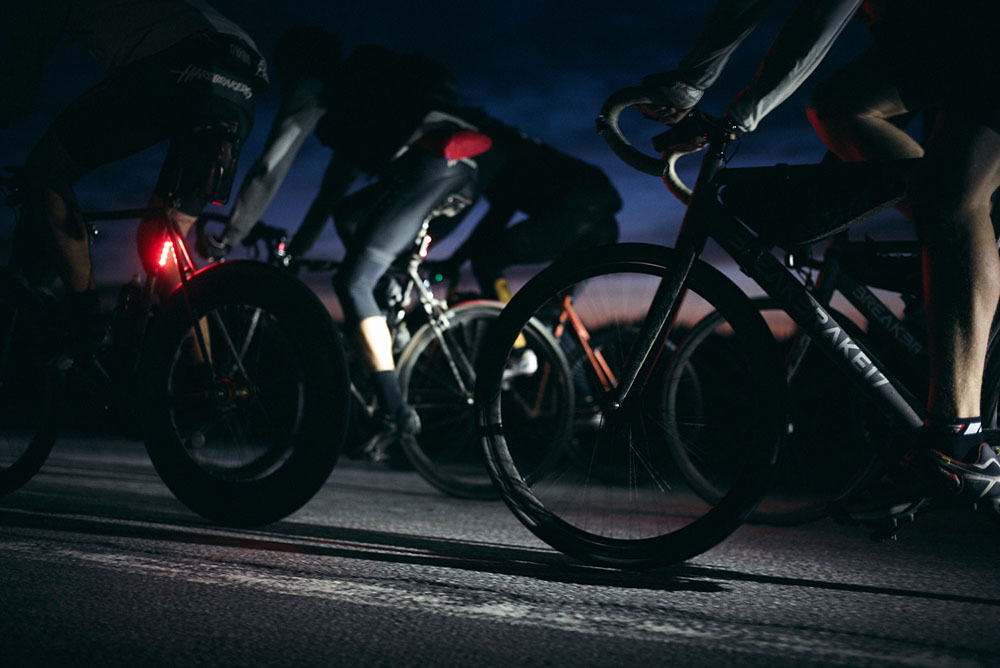 Q: What lenses did you have with you?
A: The Super-Elmar-M 21 mm f/3.4 ASPH., the Summicron-M 50 mm f/2, the Summilux-M 35 mm f/1.4 ASPH., and the Summarit-M 75 mm f/2.5. I photographed mostly with the latter two. The thing that was great fun was the feeling of being closer to the picture, because at first it simply needed more consideration; but in the end, everything fit well together: simple, fast cyclists, and a simple, fast camera.
Q: What do you remember most about the tour?
A: A lot! After all, we just got back a few days ago; but if there was something in particular that I should mention, it would be the leg from Narva to St. Petersburg, where I rode a bike. It began at sunrise, and we finally arrived at around ten at night. You don’t normally need 13 or 14 hours for 190 kilometers, but we lost close to three hours at the frontier, because all the bags in the accompanying car were inspected very thoroughly. In addition, the route took us along what turned out to be tank roads, forest paths with fallen trees, sand pits, and stretches of mud. We had to carry the bikes for a couple of kilometers, and when we made our way out of the swamp, we still had 50 kilometers to go to St. Petersburg. In the end, we didn’t ride through a forest as originally planned, but we took a detour down a road. It wasn’t necessarily a great idea either, because in Russia, no matter how far to the right you ride, trucks drive even further to the right. A column of 40-ton trucks careens by you, it’s getting increasingly dark and you only have a small bicycle tail light… Even so, we somehow made it downtown, and with all the exertion, all of the pain is gone, and you are just overwhelmed!
Q: Do you already know where the tour goes next year?
A: I’m not sure; however, Argentina and Brazil are being discussed. Japan has also been considered. Last year I suggested Myanmar, which is apparently a very bicycle-friendly place.
Thank you for your time, Carlos!
– Leica Internet Team
Read the interview in German here. Connect with Carlos on his website. Learn more about Hardbreakers on their website, Facebook, Instagram and tumblr.
Glossary
Dirt Bike: A stable mountain bike with a smaller frame. (24 to 26 inches)
BMX: Abbreviation for Bicycle Motocross, a cycling sport with 20inch wheel bikes.
Fixie: Racing bike with a fixed gear, so no free-wheel mechanism. Ridden with a maximum of one brake.
Single-speed: A bike with single gear ratio. (with or without free-wheel mechanism)