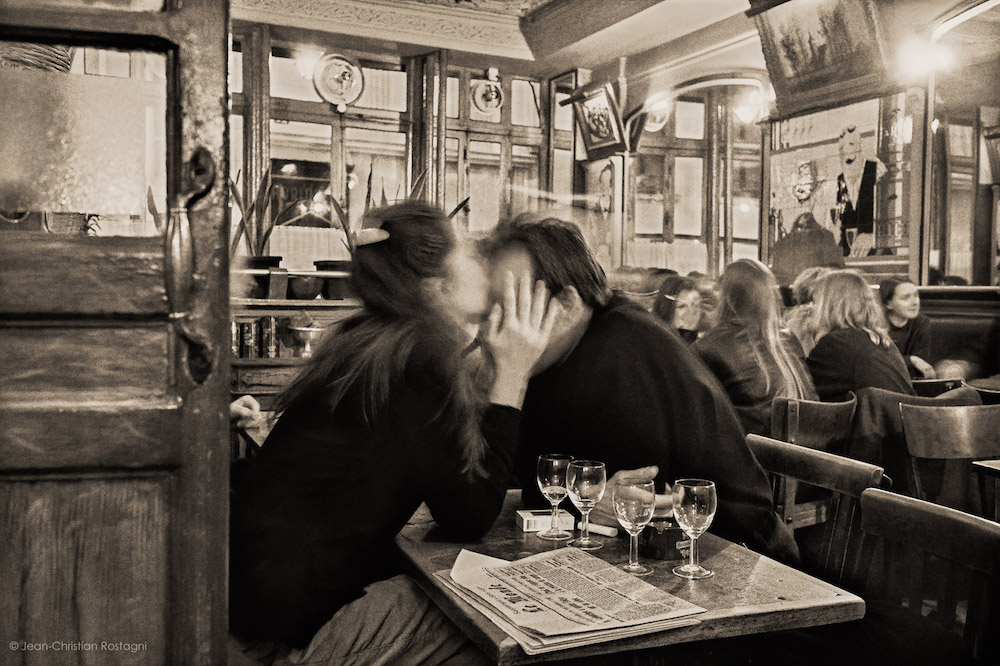 Q: Could you tell us a little bit of the story behind this photo? Where were you?
A: This was in Paris in March 1991 at La Palette, one of my favorite cafés in Paris, rue de Seine, in the “Beaux Arts district.” The place is very reminiscent of the ’20s, and a good nose might still detect the odor of Modigliani or Picasso, as it seems likely that they would have elected at least temporary residence in this joint a few decades ago. The ’80s had been tough on me. I had just moved to the Paris area after a 12 year-long anemic beginning of my career near Aix-en-Provence. I was in search of everything, notably love, and there it was, performing right in front of me.
I noticed that couple upon my arrival, and subsequently picked the table in the corner, which offered all the rest of the room as background. The door on the left is normally closed, but after six shots I positioned it to have a foreground that would introduce mystery and a 3-step composition: the door, then the couple, then all the rest. I was on a tripod the whole time due to the rather low light, and after rushing to capture the first handful of frames, I found the final composition on frame 10, one that included the ceramic tableau on the wall. Four frames later, I don’t know how, Le Monde (the newspaper) showed up on the table, bringing an ideal complementing touch to the scene.
Amazingly, after completing this series of shots that spread over at least half an hour, I approached the couple in order to get their name and address, just in case. They had no idea that I had been photographing them. 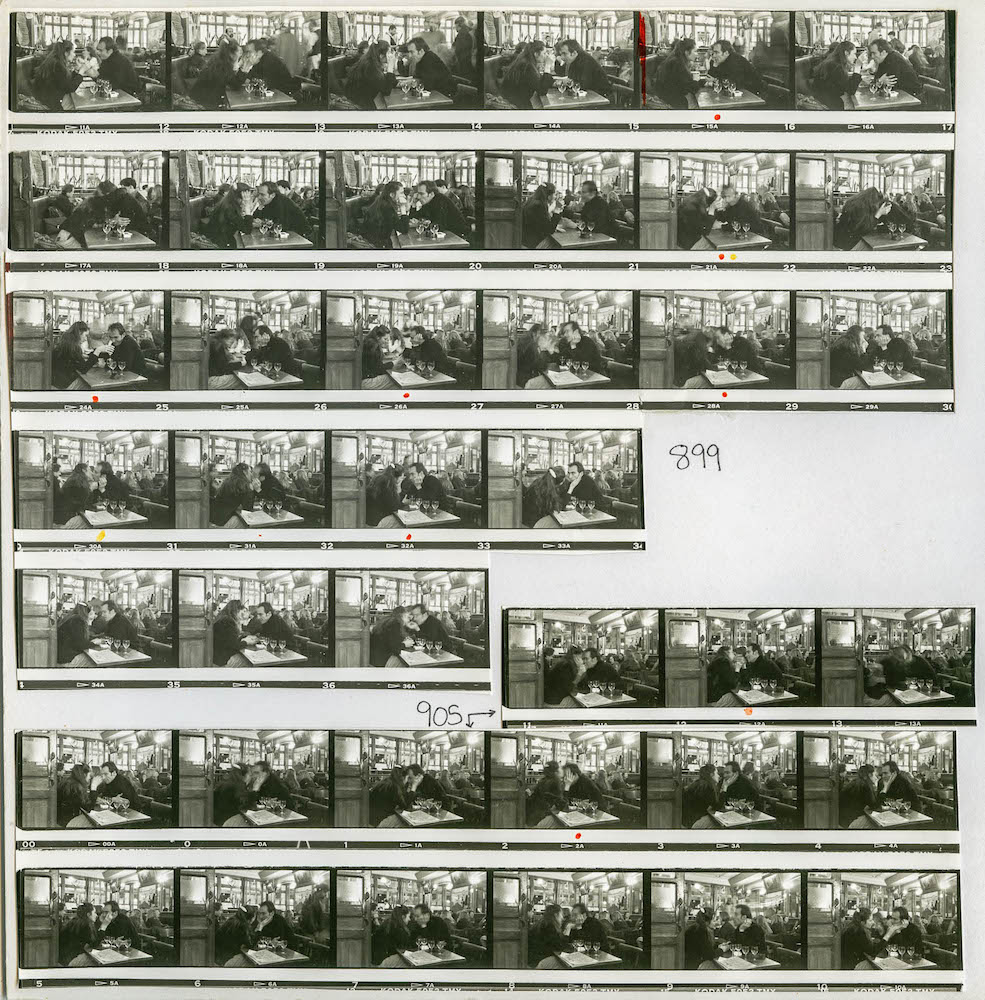