New York-based Italian photographer Renato D’Agostin left his Brooklyn studio on July 28 with his BMW R100 to travel across America on his “Coast to Coast” trip. Accompanied by his Leica M6, he set out to reach San Francisco in two months and approximately 5,000 miles of light on film.
Renato was born in 1983, and started his career in photography in Venice, Italy in 2001. In 2012, he traveled through the capitals of Western Europe. After a period in Milan where he worked with the production studio Maison Sabbatini, he moved overseas to explore photography in New York where he met Ralph Gibson before becoming his assistant. His works have been published in numerous books, and some prints have become part of public collections, such as The Library of Congress and The Phillips Collection in Washington, D.C.
We have been following Renato’s “Coast to Coast” trip here on the Leica Blog and on the Leica Instagram account. To share some of his behind the scenes moments, a Leica D-Lux 6 is also in his kit. Follow along with us! 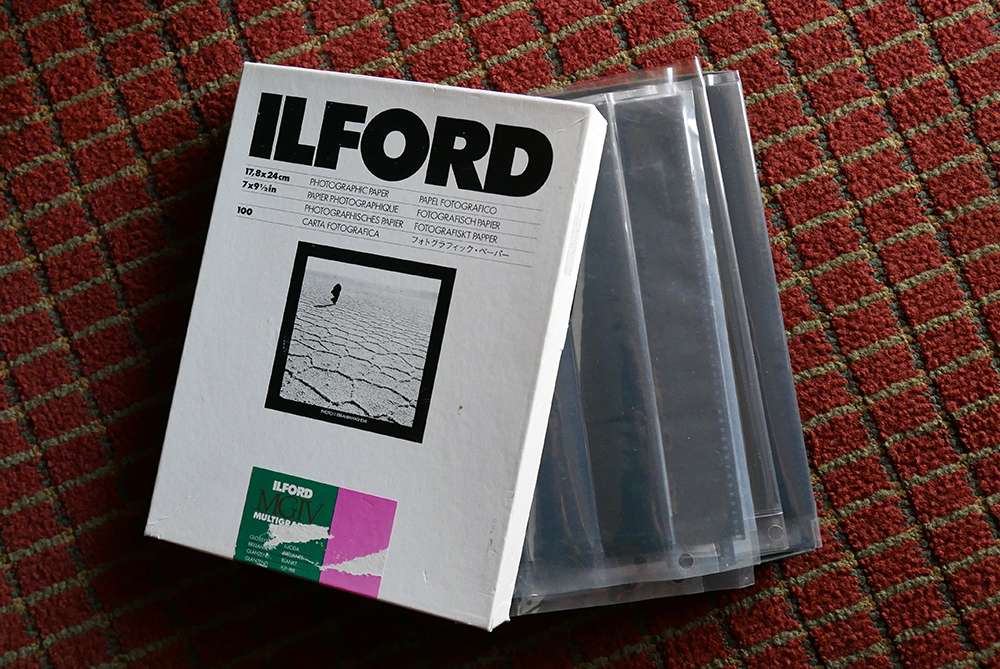 Page, AZ – Mile #5,900
Back in Page, AZ tonight to visit Antelope Canyon in a couple of days. Going through negs shot and processed on the road: 100 rolls so far. Still about three weeks before arriving in San Francisco and then flying back to my studio in New York to print everything. It looks like the total trip will be closer to 7,000 miles instead of the 5,000 planned. 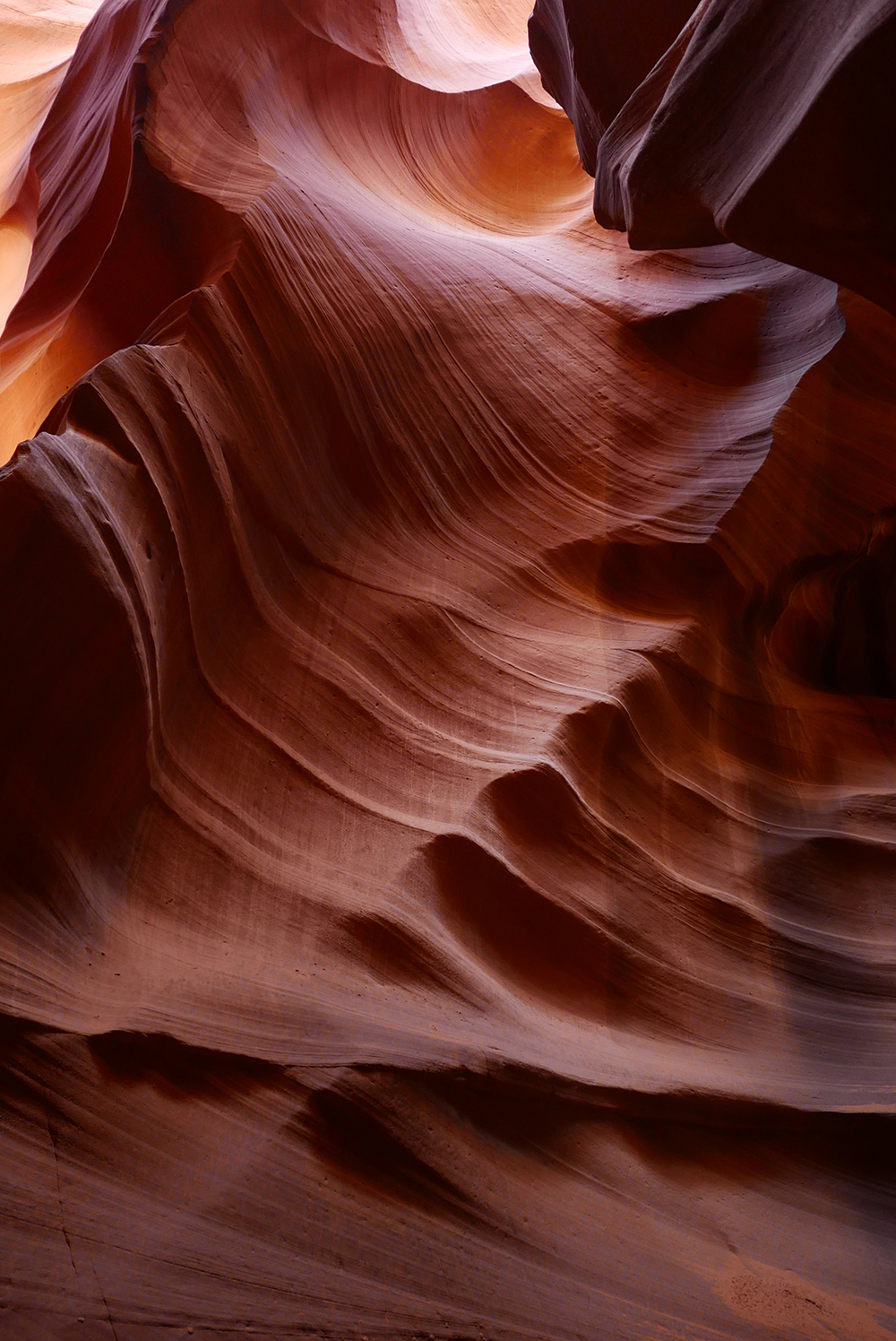 Antelope Canyon today. A stunning nature game of light and shapes. Low light to shoot film but looking forward to processing in Las Vegas where Vittoria and I arrived after a four hour ride through the desert. Temperature went seriously up in the moment we entered Nevada, making it uncomfortable to breathe while riding. Death Valley is coming up today. 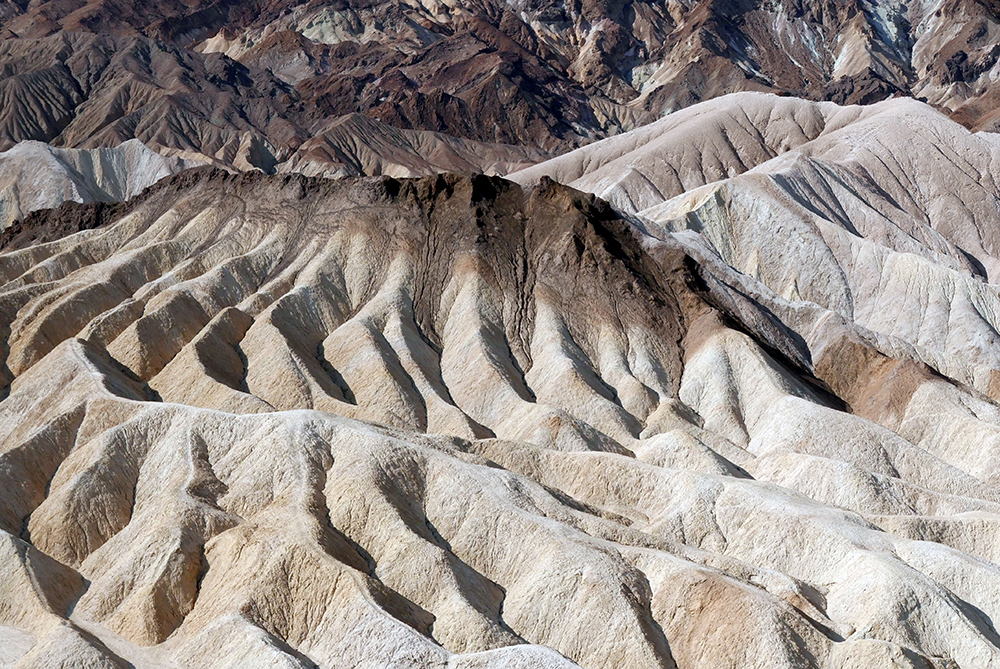 Today we visited the Death Valley. 108˚ F is serious heat. It felt like riding the motorcycle through flames of fire. We constantly had to pour water on our clothes to keep wet and cool. The water would evaporate in minutes. Badwater Basin is the lowest point in North America, with an elevation of 282 ft below sea level. The landscape was incredible and you could feel the strength of Nature vs. Man. I loved its extremity. 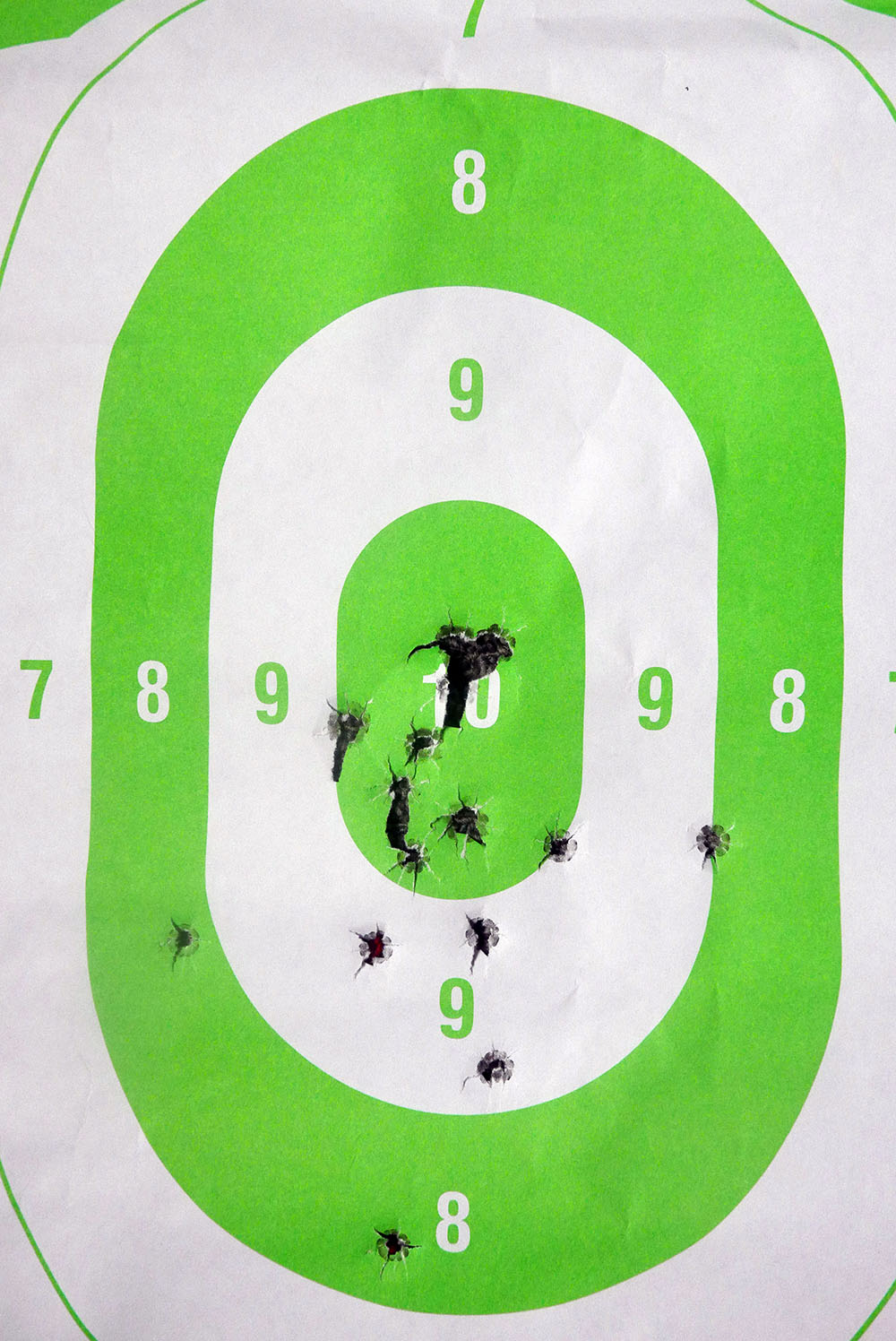 In Las Vegas today, I went to the shooting range to get some black-and-white to add to the project. Shooting is a pretty impressive feeling. I certainly do prefer the other kind though, the camera one. 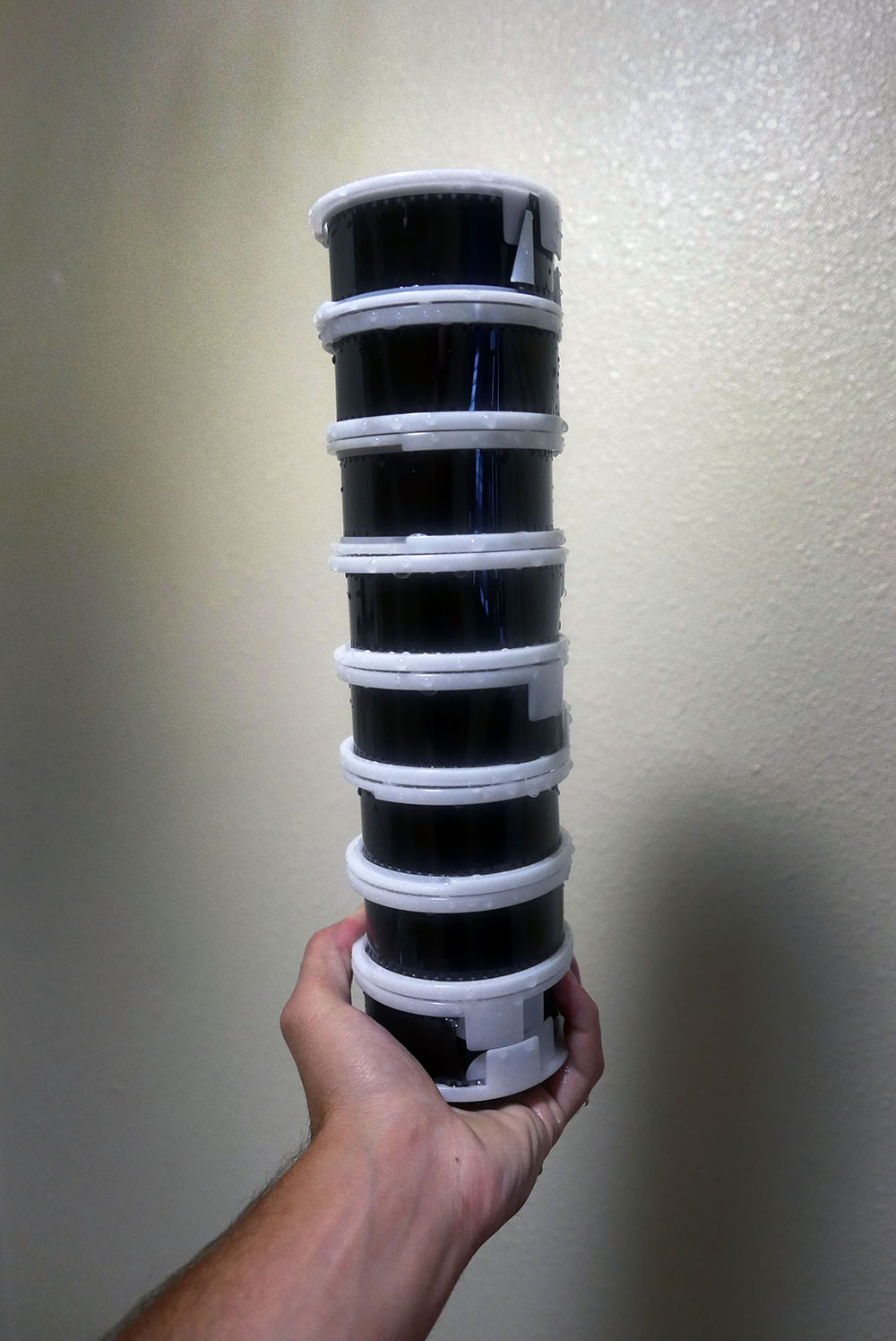 Processing in my motel room in Los Angeles. Looking forward to a few hours in a rental darkroom today to make contact sheets of the whole trip so far, and see how it’s developing. 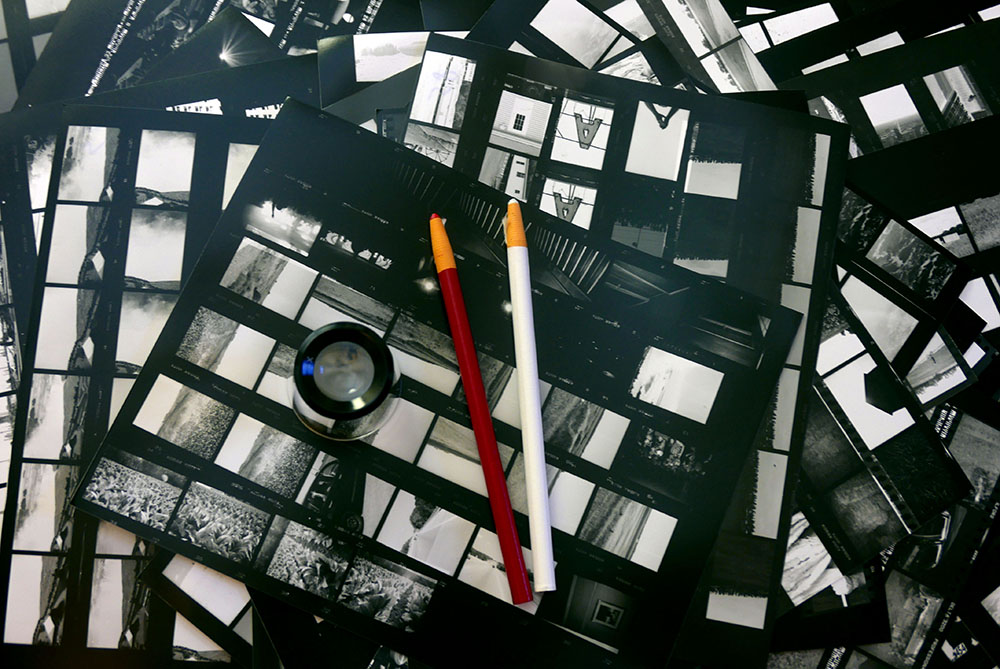 Still in Los Angeles, riding around to shoot more. I made all the contact sheets of the rolls shot so far and the fun has begun doing the editing. 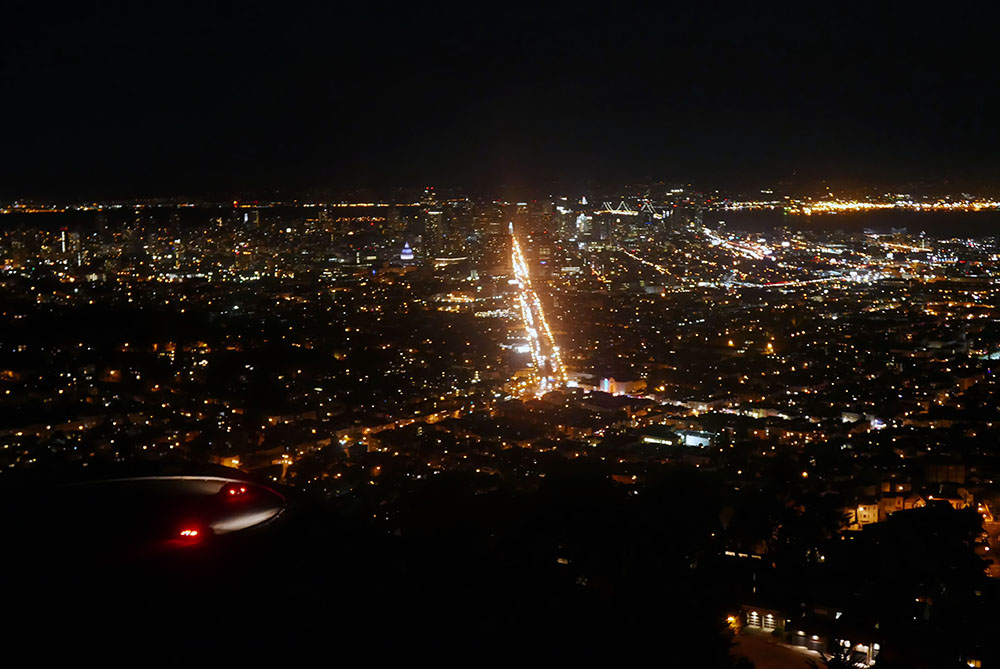 In San Francisco. The arrival has been different from what I was hoping, but somehow I’m at my destination. The BMW broke down in the middle of nowhere on the Pacific Coast Highway late at night, and luckily I was in a location where I still had phone reception and could make a call to a tow truck to pick me up, and after a few hours we arrived in San Jose. From there the mechanic told me that there was nothing that could be done to repair it right away. On another truck I arrived in San Francisco. This is not how I was hoping to end the trip, but since the beginning I considered it could be a possibility, being such an old bike. It’s part of the adventure. 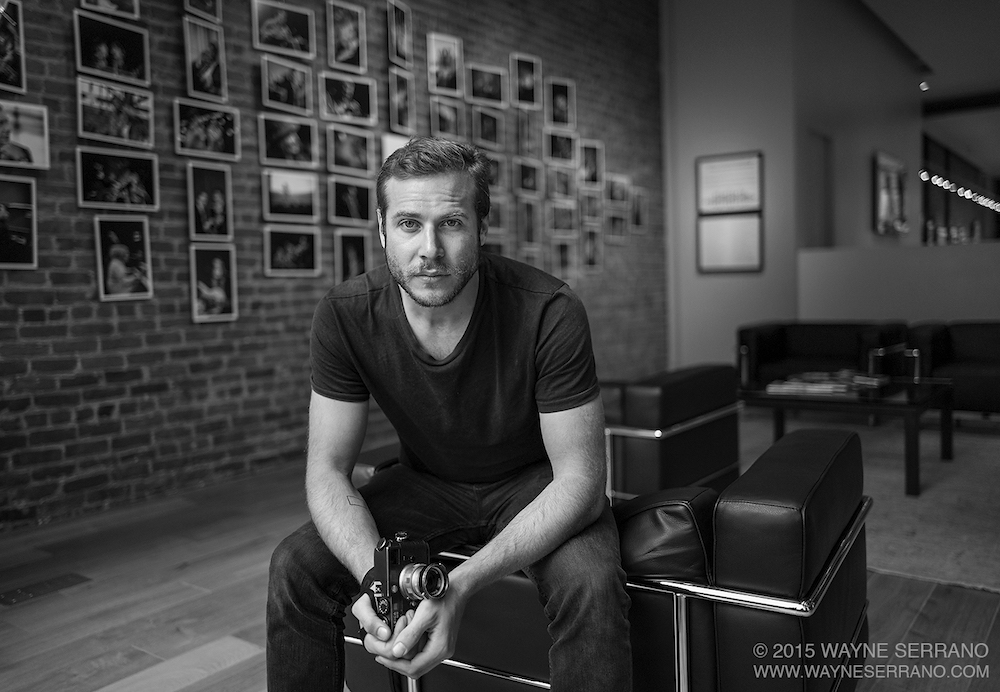 San Fransisco, CA – Mile #7,439 (11.971 KM)
2 tow trucks – 1 parking ticket later… I am at the end of the trip.
When I left New York, I asked my mechanic, “Do you think the motorcycle will make it?” He replied, “Good luck! I would be surprised if you made it to New Jersey.” I decided to do it anyway on the back of my 1983 BMW R100. She has been good to me and for such an old beauty, 7,000+ miles is not easy. She decided she couldn’t make it anymore, and stopped 200 miles before San Francisco. How could I possibly complain? She has been carrying me and my equipment through the United States, proudly displaying her Empire State plate to everyone who would come up to me at gas stations on the road and ask “From NY, really, on this thing?! Wow!”
People asked me before leaving, “Why don’t you do it by car, with all the equipment, processing material and film you carry?” I replied, “Because motorcycles and photography is a better match.” For how this worked out, I am glad I did. Feeling the weather changing on your skin is a very different experience than being inside of a car. Getting soaking wet in Alabama, feeling fear riding by storms in New Mexico, burning in the Death Valley, leaves you with a very strong memory. It has been an amazing trip, going through the US under sun, rain, lightning, rainbows, wind, cold, heat, wet, dry, light, dark. Vittoria joined me for part of this adventure from Houston to Las Vegas, making it even more special.
Thank you to Leica Camera for being part of this and sharing the experience with the world. Thank you Pierre Rioufol for the stunning jackets. Thank you everyone who followed the trip and I hope you’ll stay tuned to see the final project. I will be back to my studio in New York in a few days and I’m looking forward to printing in the darkroom for the book scheduled to come out in the spring of 2016 with the title 7,439.
– Renato D’Agostin
Connect with Renato on his website, Instagram and Facebook.