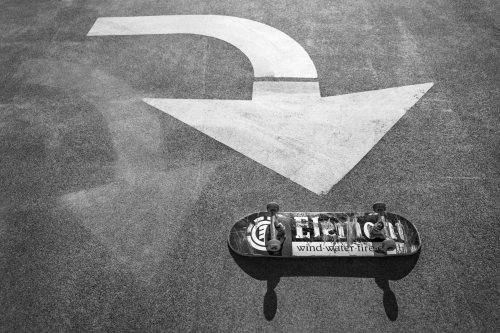 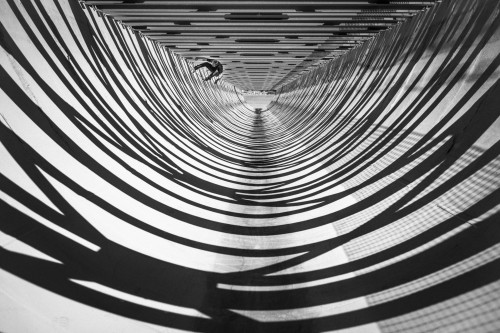 Q: Fred, you started your career as a maker of skating videos. How did it come about that you began photographing?
A: I started working professionally in video in California in 1998. I was filming with the best skateboarders in the world, and there were always photographers coming along with us. During sessions, while looking for my angles, I started visualizing other angles that would be good for photography, but didn’t necessarily work for video. At the same time, I realized that though I sensed these angles, none of the photographers did. So I realized I might have found the way to my own photographic style – before I even started photographing. After that I started shooting pictures whenever possible, in addition to my videography work. 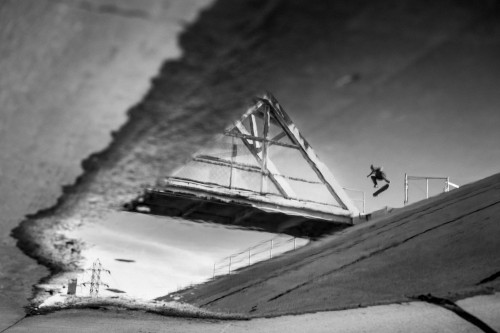 Q: What is it that makes skateboarding so fascinating?
A: That’s not so easy to explain. I think skateboarding exerts a tremendous power over people, whether they skate or not. It’s very attractive. It represents freedom, it’s a form of art and expression, it has a sociological aspect. It uses the city with a different and more fun approach than the possibly too strict and serious way the so called ‘normal’ people use it. Skateboarders are keeping their inner child alive, and I’m sure that’s very attractive to those who left theirs by the wayside because of the demands of our rigid modern societies.
Q: You photograph preferentially in black and white. Why?
A: Nowadays almost exclusively. I feel better with black and white. I like the timeless feel it gives the photographs, and the arty aspect as well. It’s a way for me to sublimate reality. I really don’t like looking at pictures that transcribe reality as it is. I want to transport people beyond reality, to escape from the reality we are immersed in in our everyday lives. 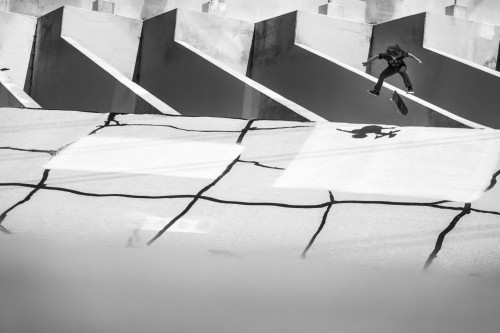 Q: Why did you choose the industrial canals and concrete of the Los Angeles River for your photo shoot with the Leica SL?
A: I love those places! I like their minimalist aspect. You’re protected from the classic visual pollution of the city. They’ve been dug out, so they’re below ground level. When you go down into them, the whole suburban skyline disappears completely and you’re left with a view of the concrete banks, the sky, and electricity poles and wires – and that’s about it. That makes them highly photogenic and, even though they may not seem to offer much visual variety, when you spend time exploring them you discover many subtleties and options for shooting completely different pictures. They’re also very good for skateboarding and, as opposed to anywhere else in L.A., they’re the only places you never get kicked out of. 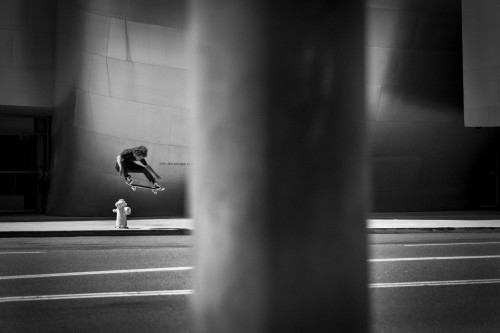 Q: What where your main experiences when working with the Leica SL?
A: Overall I must say it’s a very comfortable camera, it makes everything easy and fast. I really enjoyed the fact that I could do everything with it, with the 24–90mm lens and just a small tripod. It all fit into a small back pack, which is the best when skateboarding around. And I could shoot photo and video from any angle I wanted, without missing other lens, or the flash, or anything else. Such conveniences are important when shooting extreme sports in environments that aren’t always easy in themselves, or easy to access. Jumping a fence to get into a school yard, or climbing up onto a rooftop, no problem! I truly enjoyed the optical image stabiliser, which was helpful while shooting photography. I never felt I had to be still while holding the camera. The size of the lens attached to the camera also helped me find a very steady balance. Last but not least, the view finder and the display screen on the back also make things super comfortable 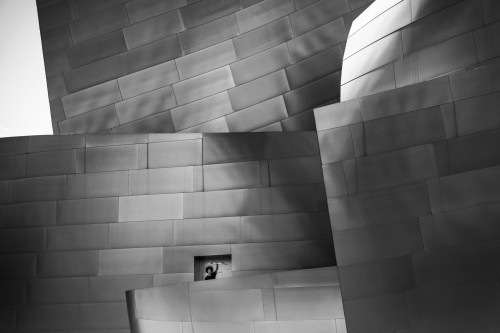 Q: What did you prefer, the camera’s manual focus or the AF?
A: I always use manual focus in photography, that’s because of my experience, my style, and the way I shoot. That’s what I did on this project; but I do want to experiment with the AF because it would allow me to shoot other things, or in a different way. It seems to give many, many options, and to be super effective as well. 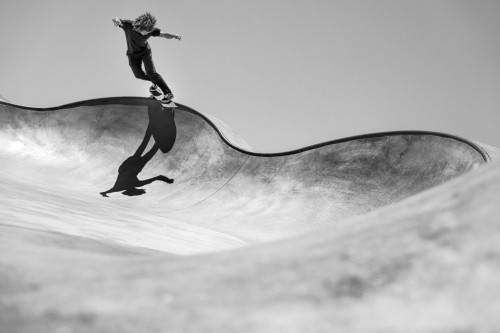 Q: How did the camera manage Available Light situations?
A: I always shoot with ambient light. I’m not a flash photographer so I deal with what’s available. For sure, with the SL I could work longer during the day! The really high ISO allowed me to shoot action at dusk, so with a mandatory 1/500s shutter speed. I admit, the first time I did I wasn’t so sure it would be worth it, as my experience with other and older cameras tricked me into thinking the results would be unusable. To my big surprise, I opened the files in Adobe Photoshop Lightroom and, instead of ending up with disgusting digital noise, the pictures shot at 12,500 for example had a texture that looked like film grain, giving them a really pleasant look while maintaining really good resolution. So you can use really high ISO and, in my opinion, end up with better quality than when you shoot at 3200 ISO on film. 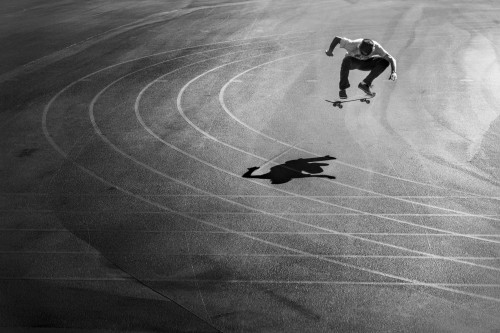 Q: Have you already used the Leica SL as a movie camera? Perhaps shooting in your famous ‘frangle’ (‘Fred angle’) style?
A: Yes I did and was really impressed by the quality. I never shot footage that looked so good and professional. The picture is really sweet, with more of a film look than video. I like the fact that when shooting scenes with bright sun light and strong shadows, both look good and properly balanced – like when you shoot on 16mm film for example, but not like traditional video. To me this is a really important aspect. In addition, the fact that it can shoot at 120 fps, and also 4K in various sizes, makes it a great video weapon. But no, I didn’t shoot any frangles with it! Frangle is the contraction of Fred and Angle, because I was the first back in 2000 to film long lens shots while rolling on my skateboard, doing some sort of dolly shots, but very long, and giving me the ability to circle around the skateboarders. For this more recent project, I decided to only take still shots, like I did for my ‘Hybridation’ video project. The idea behind it was to mix photography and film. I always love trying to mix the two. So it was film shot in a photographic way. So the result is still shots, like photography, in which the subject is in motion.
For more information on Fred Mortagne, please visit his website. For information on Elements Skateboards, please visit their website and Instagram (#elementbrand).