Thoughts of Photographers, Dreams and Philosophers in Paris. Chapter 45

Claire Yaffa took her first photograph 49 years ago when her son was 18 months old and it was the beginning of her journey, first as a mother, then as a photographer. She has worked extensively for The New York Times and Associated Press. Her photographs have appeared in countless influential publications and have been exhibited at major venues in the US and around the world. 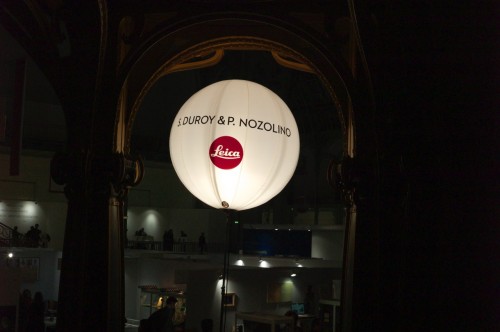 When one enters the Grand Palais, either for a fashion event by  Karl Lagerfeld,  an exhibition of art, or the many events which the Palais hosts, one is over come by its beauty.  The Grand Palais’s annual event, PARIS PHOTO, opened on November 12th, 2015.  The photographs for this notebook were taken during an evening preview and the following day.  Paris Photo was closed Saturday and Sunday after the terror attacks which occurred in Paris, Friday. Before this happened, there was an appreciation of the artists, technicians, galleries, all  who created the magnificence of an exhibition of the very best in the world of photography. 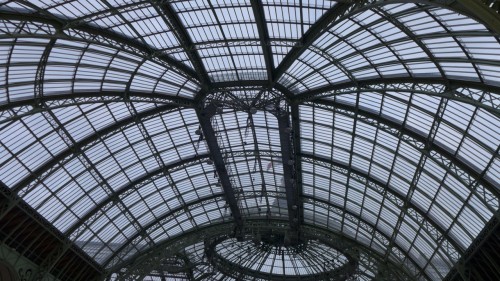 There was an excitement and joy which penetrated the Grand Palais. Sadly, it ended on this same Friday.  A tragedy occurred and the art which gave us hope, joy, sadness and strength was shut down after the massacre of innocent victims.  For a brief time, however, we were fortunate to be able to view the efforts of so many people.  We were in a place, where there was beauty, not terror. So many of us never imagined the horror of what could happen. We had the time and gift to look, see and feel what an artist was saying with his photographs. Who is he?  What does he want us to see and feel?  Why.. with a camera in his hands.. is he able to explore and understand his life?  As he reaches deep within himself, perhaps he will understand the reality of what he sees sharing his vision with us. 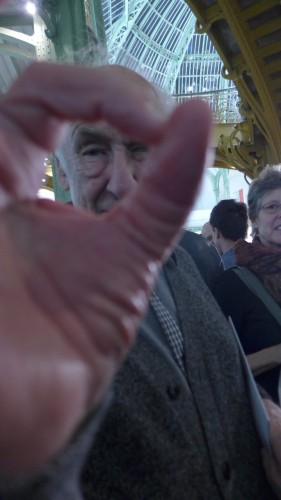 The following photographs for Chapter 45-LEICA Notebook were taken at Paris Photo,  the evening of the opening reception and  the following day when the exhibition was opened to the public.  The LEICA beacon showed the way, up the steps from the main galleries, to a large reception area where LEICA photographers Paulo Nozolino and Stéphane Duroy were exhibiting their photographs and signing books.  Many masters of photography and other artists were there.  Elliot Erwitt, Josef Koudelka, John Morris and his companion Pat, Michael Koetzle whose book was featured at Paris Photo, “100 years of LEICA Photographers.  Thomas Hoepker, partially obscured by the image of Robert Pledge’s thumb, Robert Pledge, Head of Contact Press, Jean Pierre-Laffont with his beautiful wife  Eliann, David Burnett, Petra Sagnak, a photographer, carrying a purse which looked just like a camera. Fred Montagne, a talented LEICA photographer, Karin Rhehn-Kaufmann, Director of Art LEICA, Galleries International, wearing her sparkly shoes, pictured with the two featured artists for LEICA’s exhibition, Paulo Nozolino, Stéphane Duroy, and Michael Koetzle, renowned Publisher. Champagne toasted the event of Paris Photo and many other guests, too numerous to include. We share memories with one another of a different time in our lives before the tragedy, happening in Paris, on the night of Friday, November 13th, 2015.
©claireyaffa-November 2015
Share
Tweet
Pin
Share
Share
Reddit
Email
WhatsApp
0 Shares
Author:
Leica Internet Team
Share:
Share
Tweet
Pin
Share
Share
Reddit
Email
WhatsApp
0 Shares
Tags:
Claire YaffaParisParis Photophotographers