509,000 followers on Instagram. 3,485 photos shared. People might think it’s a Hollywood celebrity or an internationally acclaimed artist. But in reality, it’s a little bit of both. The New York-based photographer Sam Horine has amassed an overwhelming number of followers thanks to his unique portraits of New York city, a long client list and his personal projects including his visit to Havana and experience with the Leica T. Beyond the recognitions he might have, Sam humbly recalls the influence his grandfather had on him as a teen, where several darkroom classes were enough to get this upcoming artist obsessed with Polaroid film, the advent of digital and web platforms and the ever-evolving music scene in New York.

Equipped with the very fast Leica T, he traveled to the colonial and colorful Havana, taking pictures of the details that make this city a truly timeless subject, one that offers the sublime influence of European conquistadores along with the inevitable injection of western capitalism seen through its classic American hot rods.

Very much like when he arrived in Cuba, Horine wasn’t entirely sure what to expect from the Leica T. Featuring a smaller sensor than the one he is used to shoot with, he says it is a very solid camera in both design and function. With the 18-55 mm lens it usually comes with, the camera performs best in a well-lit environment but he makes sure to mention that even when he would push the ISO to 1600, he could still grab some shots to use effectively on the DNG in Lightroom. 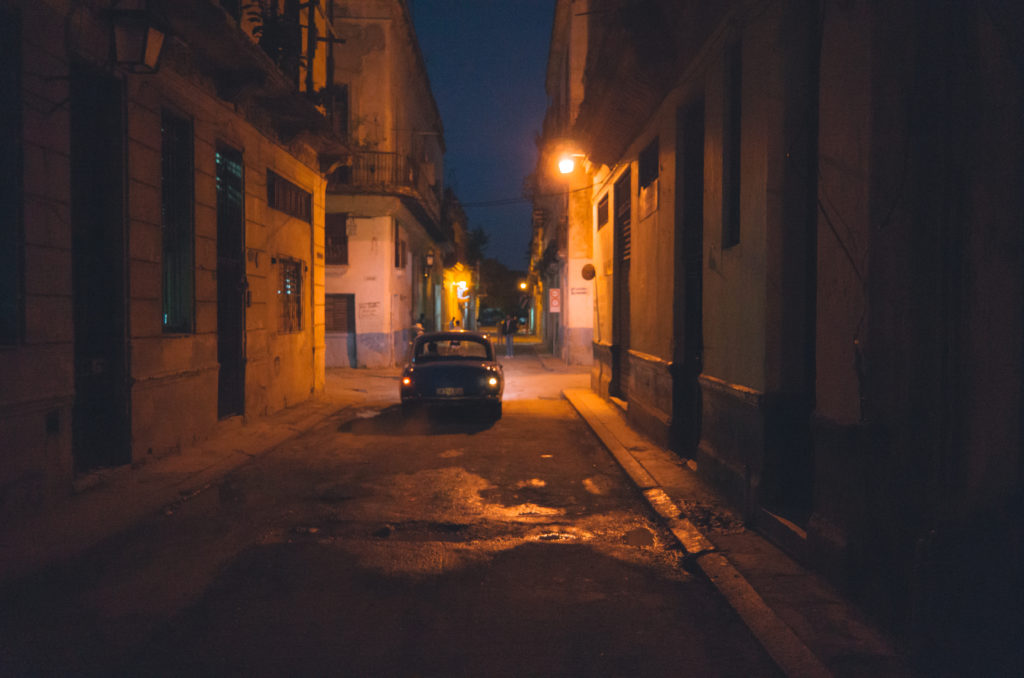 “Cuba is a totally unique place that consistently defies expectations,” Sam says about the country. He spent the majority of his time exploring the winding, narrow streets of Old Havana, the seawall known as the malecón and older, larger estates and streets of Vedado. He continues, “though you got the sense that times were still tough, everyone we met was friendly, outgoing and genuinely excited that we’d come down to Cuba which made traveling around the city and meeting locals a great joy.”

Something that every tourist in Cuba would notice the moment he arrives are the vintage cars. The purely American muscle that reminisce the revolutionary occurrences 50 and 60 years ago. “The vintage cars are the first thing you notice when you exit the airport and to my delight, I quickly discovered that many of them now operated as taxis,” Sam explains. Some might say the resemblance between cities that have outlived the long and treacherous years of colonization is very strong. At the other side of the ocean for instance, Mumbai holds a historical significance as a seaport where Europeans would trade goods coming in and out of Southeast Asia. Similar to Havana, Mumbai still has the look and feel of a place that stood still in time, featuring vintage British cars serving as taxis or double-decker buses and interconnected train systems. 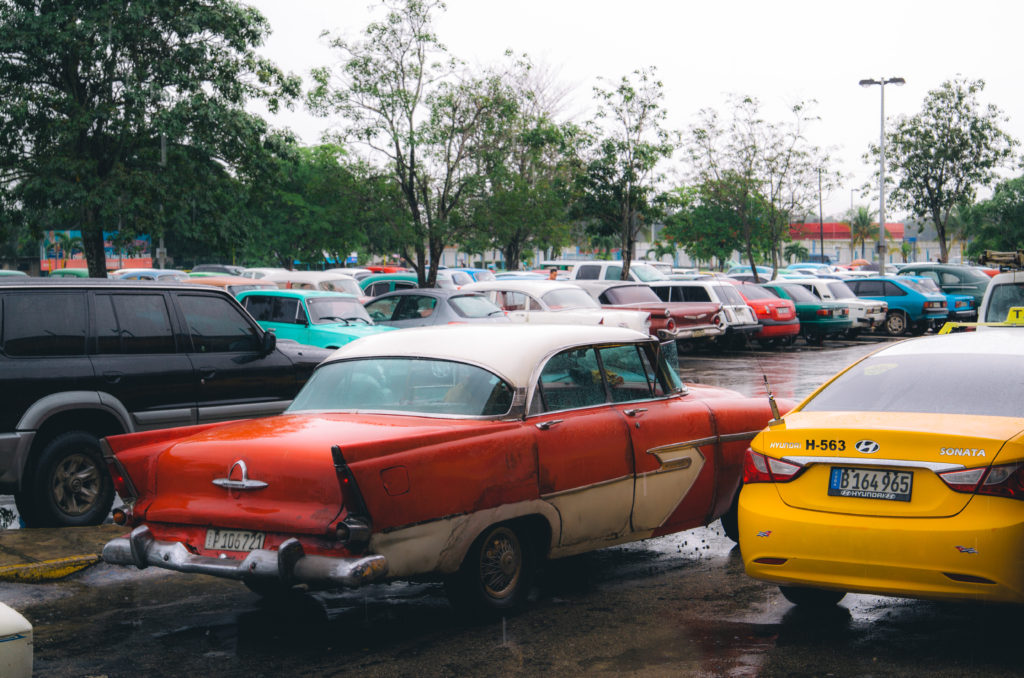 Being “exquisitely maintained”, as Horine would describe them, these cars have been around since the early 1950’s and include classics from Oldsmobile, Ford, Buick and even some Russian Volgas. Being used as taxis or to attract tourists, these cars undoubtedly represent the lengthy revolution Cuba has lived and now changed to possibly be as any other country in the world. Having a love and hate relationship with the Cuban Revolution, car racing was banned entirely in 1962 after two main incidents. The first being when rebels kidnapped Argentinian racer Fangio during the 1958 Cuban Grand Prix which during the same race 7 spectators were killed, and the second being the 1959 Revolution. After this, the sport was viewed as a dangerous sport in Cuba leading up to its ban. Even though Cubans are proud of their cars, the US embargo of 1960 left car owners with no choice but to improvise some of the car parts in order to continue that exquisite form Horine talks about and shares through his pictures. This remarkable story can also be seen in Havana Motor Club, a 2015 documentary about drag racing in Cuba.

Besides using the Leica T, Sam also uses other equipment to produce his shots including a Canon 5D packed with the 24-70mm f/2.8, 70-200mm and the 16-35mm. That said, he is now very keen to continue using the Leica T for its small appearance and capability to capture more intimate moments. “I was just at a shoot this weekend where I was shooting video with the Canon and grabbing these really great environmental portraits with the T at the same time.”

With the use of social media, Sam has been able to leverage the reach these digital platforms have, making use of the visual beauty that these networks offer. He says: “A lot of art buyers and agencies are now looking at Instagram as a source of both inspiration and talent so for me it’s been really great to be able to share my work with such a diverse and a passionate audience.” Now, Horine is working on additional projects that fall in line with the exploration of New York’s diversity, offering a new look at the Korean food and culture through a cookbook, which will be published early 2016. He has traveled around cities including New York, Atlanta, Chicago and LA as well as to South Korea to document the food scene in private homes, bustling markets and everywhere in between.  The book comes out 2/16 with Clarkson Potter – more info here: amzn.to/1mNV4hh.

The photographer set out on a visual journey into an Orthodox Monastic Republic, with its own very unique laws and rules.