Places where death roams, as photographed by Soichiro Koriyama

In March 11th, 2011, Fukushima saw once of its largest and most impacting incidents in history. After a major earthquake, a 15 meter tsunami disabled three reactors, causing a nuclear incident that would not only leave large amounts of material damage, but over 100,000 people evacuated from the area. These evacuation zones are mainly considered dangerous even after several years, although no official deaths were reported due to radiation or sickness, it remains like a ghost town, where death roams, and there is only but the memory of what those 3 long earthquake minutes caused.

Soichiro Koriyama says he feels somewhat attracted to death. Not only as the event itself, but to what it entails, how it is represented, and how it permeates our lives as a whole. Covering a story of dairy farmers in Fukushima, Soichiro has visited the place on several occasions, documenting the lives of about 10 farmers. Reminiscing on the aftermath of the atomic bomb of Hiroshima during WWII, Soichiro uses the phrase “Black Rain” when referring to the radiation effects on the land, the animals, and the people. 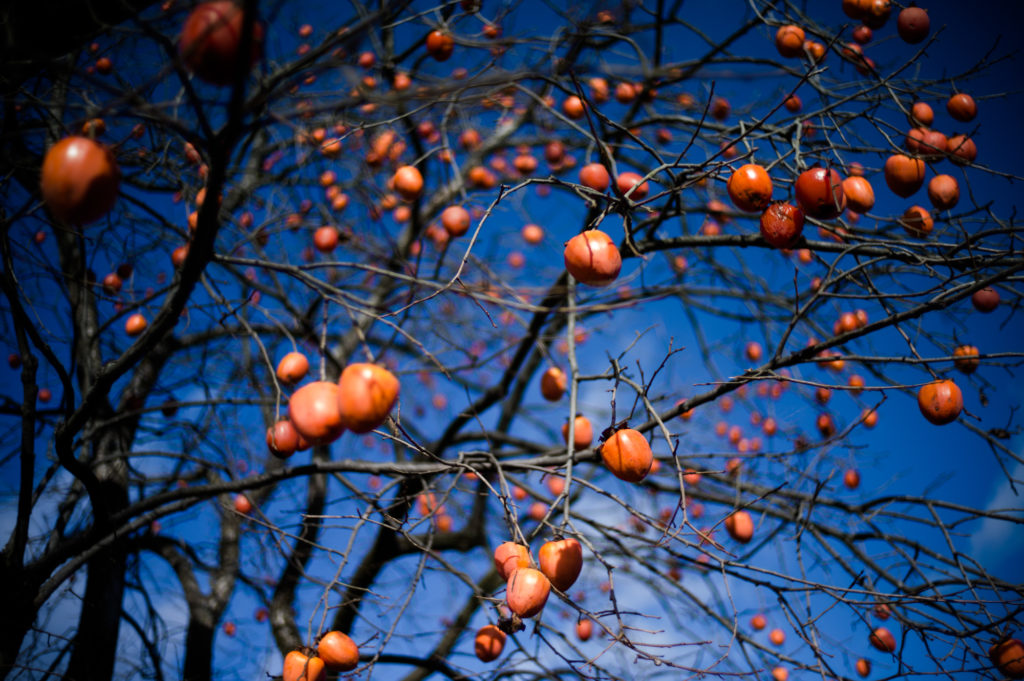 Armed with a Leica M9-P, a Leica M9 and 35mm and 50mm lenses, Soichiro recalls his background as a photojournalist and documentary photographer, starting back in May 2000 when he visited Palestine. The images shown here have a strong voice in terms of individual and collective perception, touching on the irony of life and death. For instance, the photograph of the Japanese Persimmon, a very common plant found in Japan depicts precisely this relation of life and death. To this, Koriyama says “This image has ironic overtones and highlights the divergence of life after the nuclear incident.” Another photograph that causes one to pay close attention is the hanging clock on the wall. With a strong similitude to the classic image by Shomei Tomatsu which shows a wristwatch that stopped ticking at 11:02 of August 9, 1945, it somehow leads the viewer to think how nature plays with history in a variety of ways, showing the fragility of life itself. 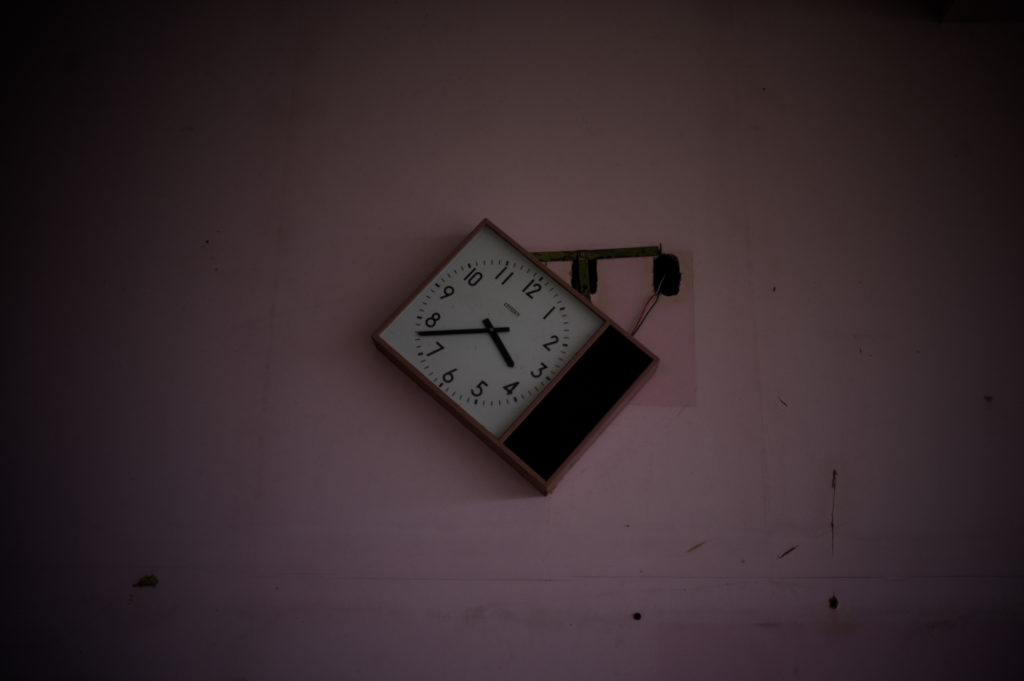 With a magnitude of 9.0, the Great East Japan Earthquake affected the region considerably, and along with the tsunami that followed right after, the damages were highly increased. According to World-Nuclear.org, Japan moved a few meters east and the local coastline subsided half a meter. The total death toll of the tsunami was about 19,000 souls, with over a million buildings destroyed or collapsed.

Impacting images of the cow’s corpse or the abandoned vehicle at the beach give the viewer a sense of what the Fukushima survivors saw and experienced. Considered to be the worst nuclear accident since Chernobyl, Fukushima’s prefacture saw 100,000 displaced people as of December 2012, with another 60,000 people evacuated to other prefectures. Now, five years have passed since the disaster, and now the waters of the Pacific Ocean have come to normal levels of radiation. However, the maximum radiation levels recorded at the Fukushima plant were 1000, similar to the dose estimated to cause fatal cancer in 5% of people.

Soichiro’s images serve to remind us how fragile the body is, how nature can change things in a matter of minutes and help us to perceive life and death in a whole different manner.

To know more about Soichiro’s work, please visit his website.