16 images that look inside the Eastern Congo conflict

The Leica camera Blog Made with Leica Q

Using a Leica M6 since 1995, Silas Koch (b. 1971) follows his intuition and draws inspiration from photographers like Mario Giacomellis and Richard Avedon, with their style of using high-contrast rendering and motion blur photographs. As a full time photographer, Silas Koch showcases his authentic and unadulterated, high-contrast pictures from the East Congo, a place where internal conflict is common ground. Armed with a Leica Q, Koch shares his experience with this photojournalistic project.

Can you please describe the scope of the project as well as the background of the conflict topic in Eastern Congo?

I have accompanied an aid organization to call attention to the the brutal killings that happen every day in East Congo. Media reports the incredible brutality of the rebels and the fate of the victims. Rebel groups tyrannize East Congo, killing people indiscriminately, especially women and children. The rebel groups are tolerated by the government, a disturbance is artificially generated in the country. A new election of the president is not possible

What is the main message you want to communicate through this photojournalistic project?

I want to give each victim a name, a face and tell their stories.  I also want to draw attention to the brutal attacs of the rebels.

We observe you immersed yourself in a community of people. How did you manage to do this and can you share a story or two from these people?

Trough the aid organization, I came very close to the victims. Here are 3 stories as an example: 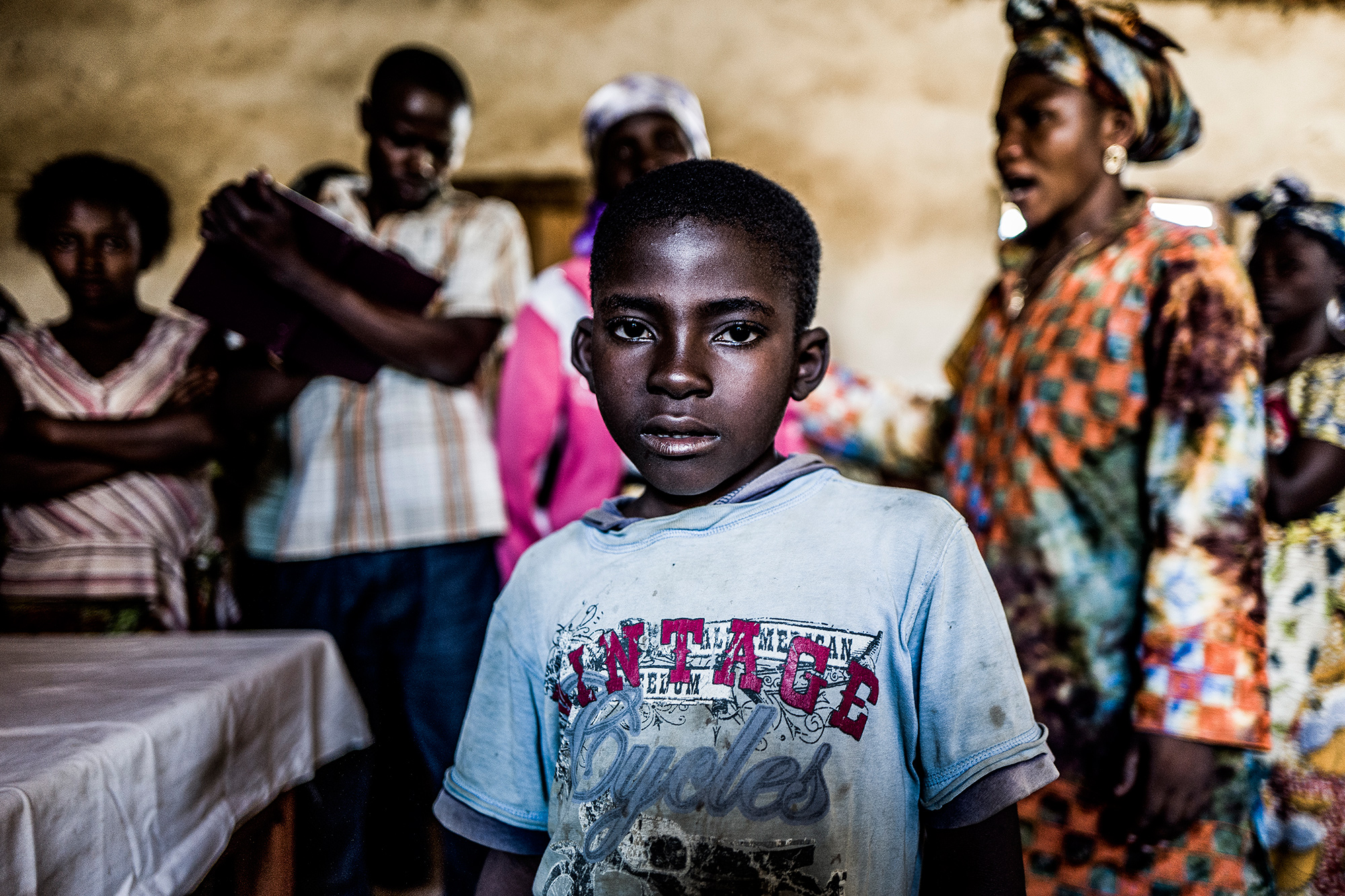 It happened while we were eating, the rebels came to our village Tepe and began to beat my father. He screamed in pain, but they did not stop and kept beating beat him. The rebels took all of us with them. Mom, Dad, me and my three siblings. On the way to their camp they killed my dad. And when we were at the camp, they killed my mom. I ran away and hid myself for two days in the jungle. Then I found government soldiers who took me along. I was interrogated several times and came to a warehouse until the authorities were certain that I am not a child soldiers. Then I was allowed to leave. Today I live with my grandmother. I help her so she can survive. 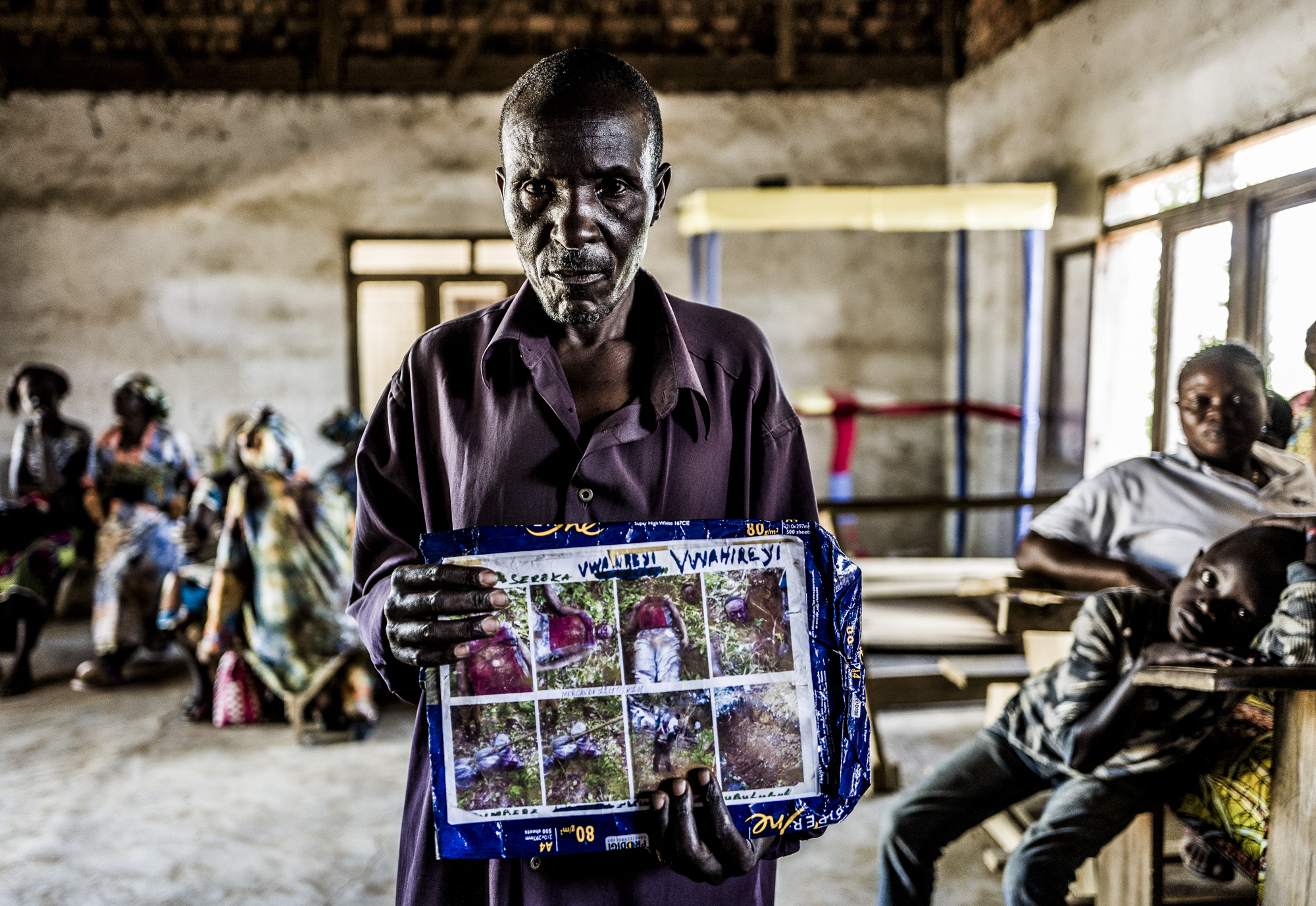 I lost both sons. now I have to look after my grandchildren. There are six children who live with me and who I have to care for. 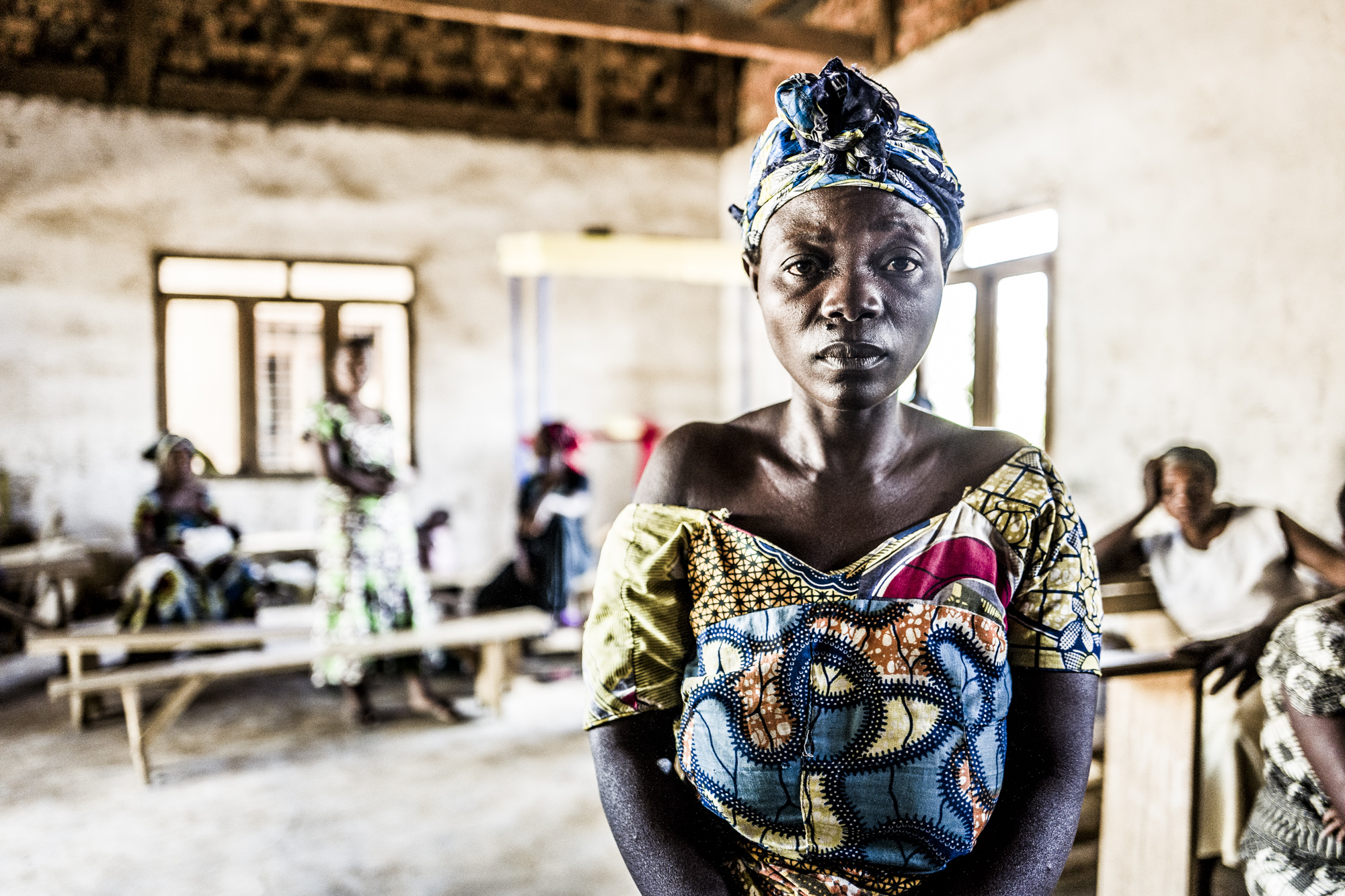 I lost my husband on December 6, 2014. He was killed by rebels in the field. Since then, I am taking care of our five children alone. Three days ago, my daughter was killed when she wanted to give birth to her child. Both mother and child were killed. Now I have three more kids to look after. I have great grief in my heart.

Your photography, as you well describe it, encompasses a high range of contrast, highlighting an array of blues, blacks and greenish-gray tones. Is this an aesthetic decision or why have you selected this particular style?

The photographs were consciously edited the way they are. This is my photographic signature/style/look (,which I use for many years).

You used the Leica Q for this project. What led you to choose this camera?

I chose the Leica Q because it is very small, light and quiet. I’ve made the experience in sensitive situations, that a small camera is an advantage. I get perceived differently and people open themselves more than with a large DSLR camera.  People are intimidated by large cameras, which is visible in the picture. In order to work authentically and unadulterated, a small camera is a great advantage.

What do you think of photojournalism as a photographic style? Where do you think it is going considering the advent of technology and smartphone cameras?

I like photojournalism as a photographic style, because it is authentic and honest. In my opinion, a smartphone can not replace a good camera. The technology of smartphone-cameras is in a permanent development, but it will not be able to replace a professional camera. It is always a question of the claim, I can not imagine that a smartphone could ever reach the quality of a Leica lens.

You bought your first Leica M6 in 1995, how has the journey been so far using Leica equipment? How do you compare its performance with other brands?

I take photos with Leica M and Leica Q, but mainly on reports. Leica cameras are predestined for this commitment. Business or industrial photography I produce with a DSLR. Compared to other brands, in my opinion Leica optics are unbeatable. No other manufacturer reaches the quality of a Leica lenses.

Lastly, is there anything else you’d like to share with us? Maybe to keep us in the loop of other projects in the pipeline?

I will produce a reportage in Ukraine in spring 2017 and a series in Lebanon/Israel.