The Leica camera Blog Made with Leica Q2 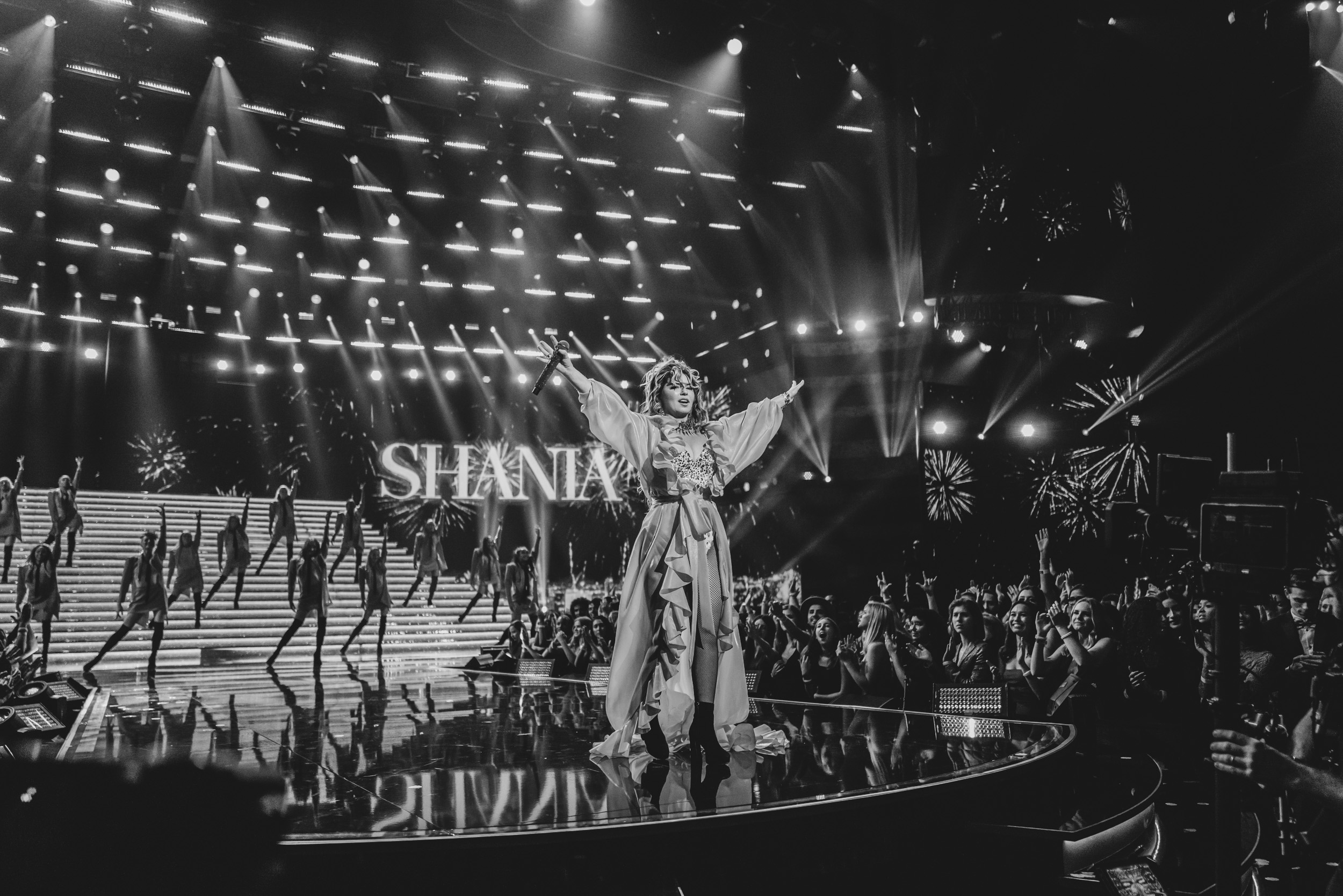 From the top of the charts to emerging talent, entertainment photographer Nathan Armstrong, gives us a closer look at those who dominated the headlines along with jaw-dropping performances at the 2019 American Music Awards (AMAs) through the lens of his Leica Q2.

How did you arrive at this exclusive opportunity to photograph the AMAs?

“I made a connection with the folks at Dick Clark Productions after shooting the AMAs red carpet for a press outlet several years ago. It’s been a blast to grow friendships with their team, & I’m so grateful for the opportunity to work with them.

The AMAs is a world-class event. The energy is hard to describe, but it’s amazing. There are numerous moving parts to a show of this size, & to have the opportunity to play a small part is a huge responsibility for me. One of my favorite parts of the week leading up to the show is being able to sit down, catch up, & really learn from other photographers. Often times culture-defining moments happen at these events, and the content team has a responsibility to capture those. That’s heavy. I like to think of it this way: If you can recall a big moment that happened at an awards show (AMAs, BBMAs, Golden Globes, etc), the “thumbnail” for that memory in your head is most likely an image someone took.”

How do you separate yourself from other photographers trying to capture the same subject?

“I’m always looking for shots that other folks aren’t getting. A lot of times in the entertainment world, there are 10-15 photogs in the same space with the same access, so it’s important to differentiate yourself. The Q2 has been super helpful in that way. Not only has it allowed me to get great performance shots with a fixed focal length that isn’t typically found in this genre, but it’s allowed me to capture a “fly on the wall” perspective to some great moments between legendary artists. I love that the camera is small & discreet, so I’m not ruining a moment by introducing a big DSLR rig into a situation.”

What was the most difficult component of this experience as a photographer?

“I think the most difficult component is staying out of the way, being invisible. The AMAs is broadcast live, so there are a dozen or more TV cameras around the room, some on Steadicams moving in the same areas I am. It’s important to get the shots I need to get, while staying out of the way. It’s a game of balance & a challenge, but I’ve actually come to enjoy that aspect of it. It definitely keeps things fast-paced & interesting.”

Tell us about your choice of gear.

“The Leica Q2 is a game-changer for me & has allowed me to capture some incredible images over the time I’ve been shooting with it. The Summilux f/1.7 lens is incredibly fast, & the 28mm focal length is perfect for capturing “in-between” moments that are sometimes missed. Not to mention, it’s the most fun I’ve ever had shooting.” 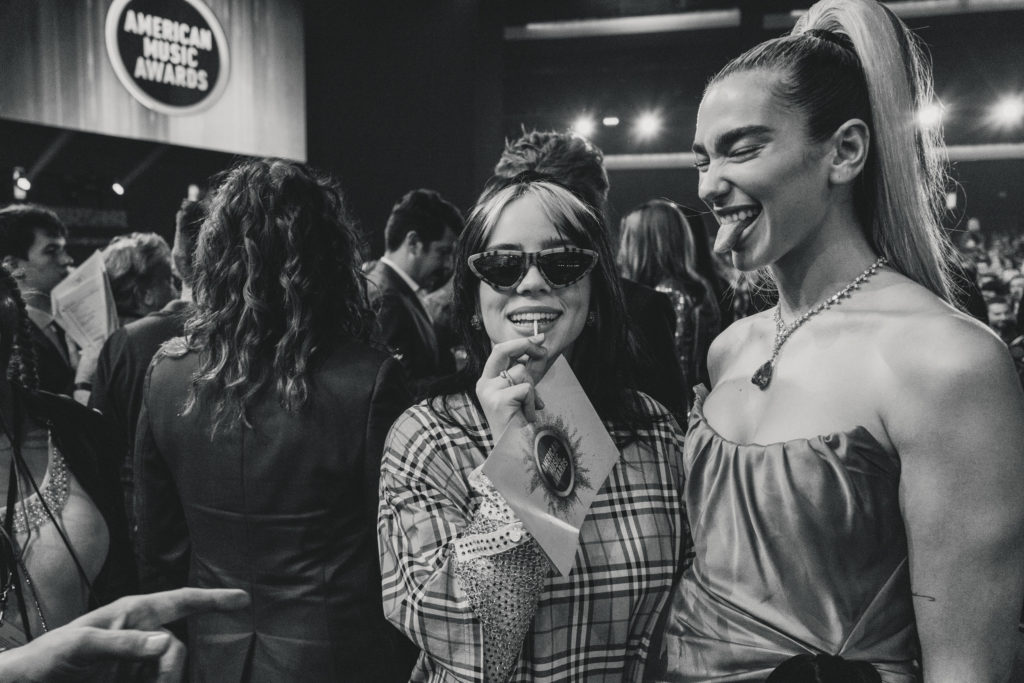 What is your favorite image you made from this collection?

“I really like the image of Taylor Swift hugging Post Malone after it was announced that she won Artist of the Year. From my point of view, Taylor always does a really good job making sure other artists are recognized. Post was a nominee for Artist of the Year as well, so it was a cool moment when she came over to hug him before taking the stage to accept her award. This was a split-second moment & I was able to reach down, grab the Q2, and snap just in-time.” 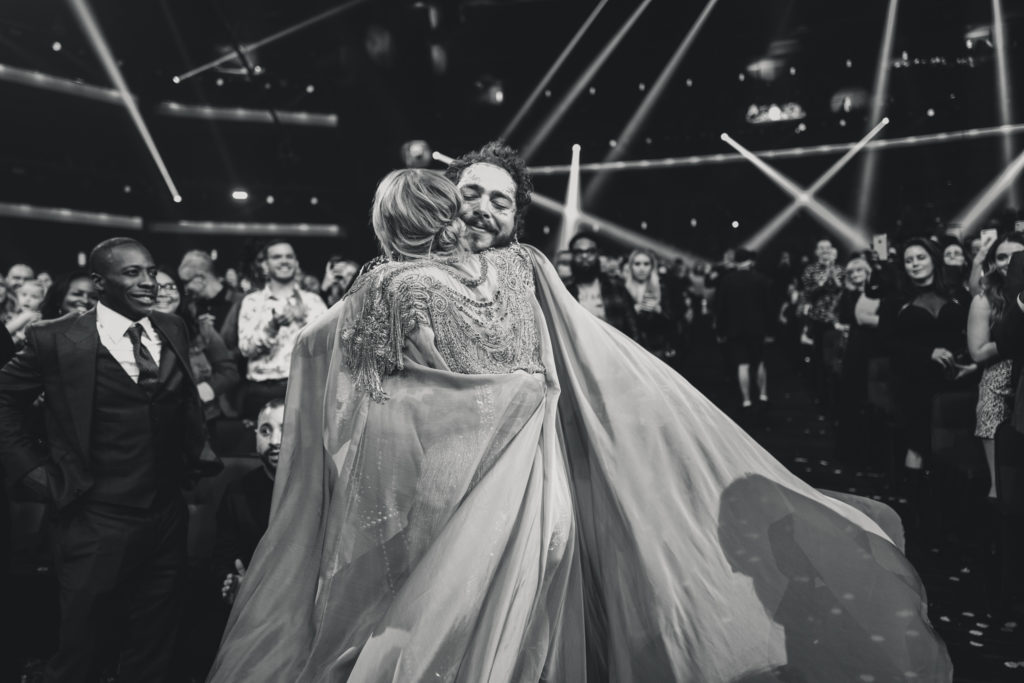 Tell us about yourself and you work.

“I got my start in the industry at Walt Disney World in 2015, when I was 20 years old, as a photographer at Magic Kingdom. I loved it. At Disney, in order to keep brand standards consistent, you don’t have much freedom to change settings & thus learn the technical aspects of photography. However, it did teach me composition. More than anything else, Disney taught me how to interact & be comfortable with many different types of people. With 20 million people passing through the gates each year, guest service was super important. I attribute a lot of our customer journey for clients today to what I learned at Disney.

I’ve been involved in entertainment photography for a little over 5 years now. I started a small, online music publication in the city I grew up in, Memphis, TN, called 901Music. Initially the publication only covered small, local shows in Memphis. Eventually, we started getting approved to shoot bigger shows & began building a following outside of Memphis.

The breakthrough really came in 2015, about a year after we started 901Music, when we were approved to cover OneDirection at Soldier Field in Chicago. After that show, things blew up & we were able to cover almost any show for which we requested media access. The coolest part for me, & really how I defined the success of it, was to see those fans from the national shows become interested & in-tune with what was happening in Memphis.

901Music was really the avenue through which I learned how to shoot entertainment & built relationships with artists, managers, creative directors, etc that have allowed me to shoot the events I do today. I consider it a big responsibility to have the opportunity to capture the people & places that define our culture.”