A Desire for Change

The Leica camera Blog Made with Leica SL2 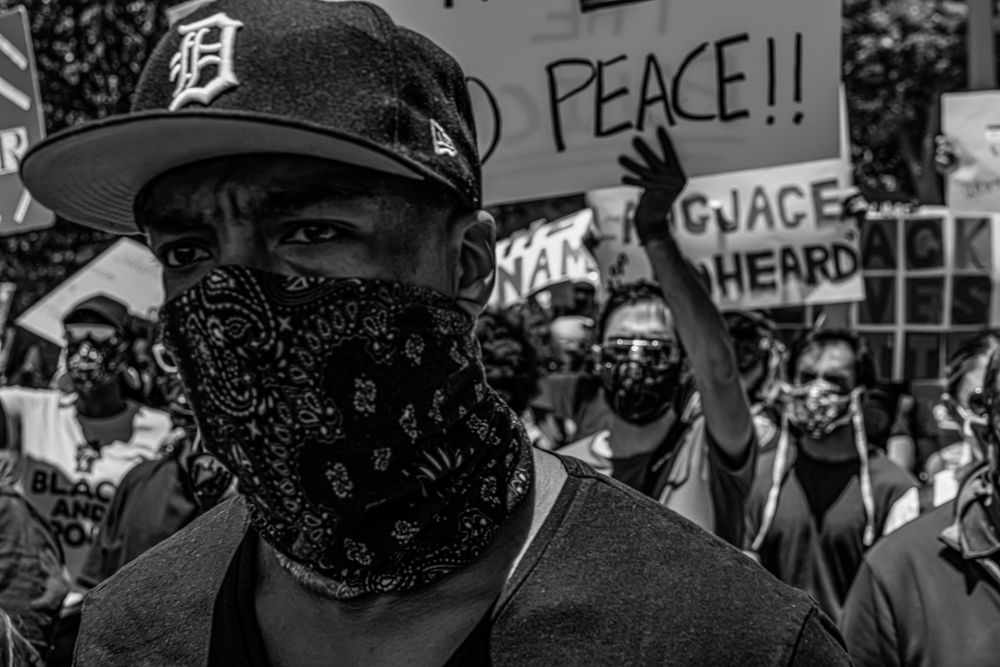 On the bustling streets of Los Angeles, art director and photographer, Mathieu Bitton sets off to tell the visual stories of voices unheard during the Black Lives Matter movement using social media as a tool to further amplify their messages.

1.  What motivates you to attend a demonstration, camera in hand?
The desire for change. It’s important to realize that I am there as a protester first and as a documentarian second. I am using my influence as a photographer to spread the message that each, and every other protester is there to vocalize. The photos are about them, not about me, but I consider it lifestyle work. It’s not my normal work, but it’s the work I find most important right now, and the work that will probably live on the longest in my catalog.

2. What moments do you seek to capture?
I’m there to capture the loudest voices on these streets- the boldest, most uncomfortable expressions and signs. A facial expression can be as strong, if not stronger, at spreading a message than a cardboard sign. I see these particular images as sculptures or statues. They are historical monuments. I am there documenting them and putting the messages out to the world. 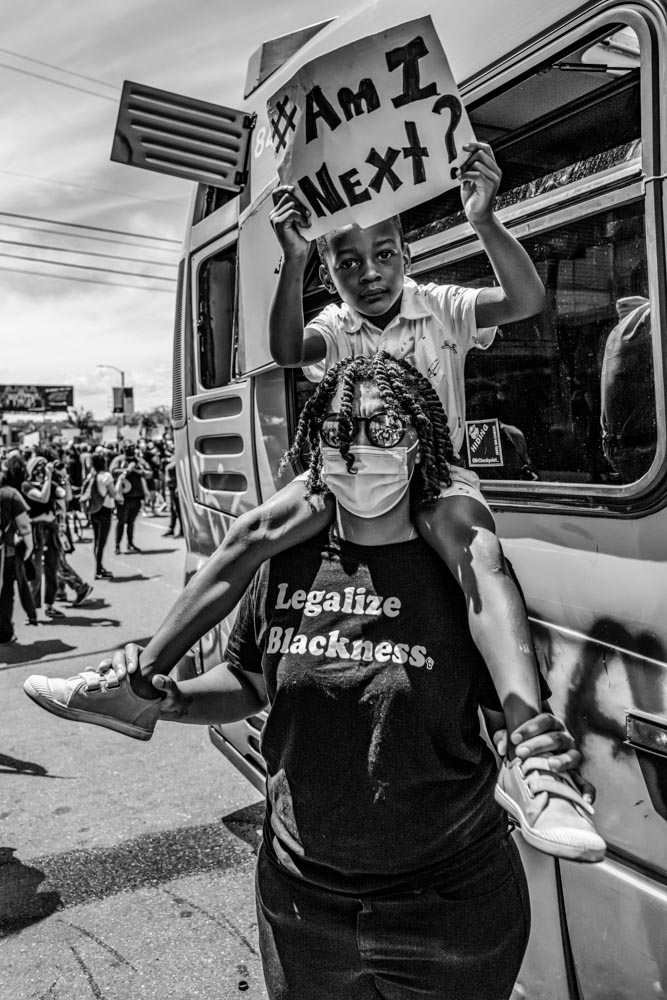 3. How does your personal opinion of the demonstration impact how you tell your visual stories?
It impacts every single frame I shoot because I go out looking for messages that echo my own. As you see in the photos, a sign like the one of that woman Felicia with the little boy named Kash on her shoulders with the cardboard sign saying “Am I next?” on it is a devastating reality that I often think about. The truth of the matter is, as horrible as it seems, he could grow up and be another innocent casualty. That is why I need to be there supporting this movement and help however I can to bring on change.

4. While out photographing, what moments have left an indelible impression?
I think the first two protests I attended May 30th, 2020 were the hardest to experience. I went to the frontlines as things were quickly escalating and these kids started destroying property and police cars and the police slowly charging at people. I was there peacefully, yet a police officer saw me shooting photos with my SL2 and much to my surprise and utter shock, shot me in the leg with a rubber bullet, which was by far the most painful thing I have ever felt. A week later, I still have a bit of a limp. I’m very lucky he didn’t shoot me in the face. People have been losing their eyes out there. I find that so unnecessary and cruel. People on the streets have told me that police were instructed to shoot at reporters and anyone with cameras. I will never forget the chaos and really being in the heart of it. What I will remember the most is the passion and dedication I felt and saw from people of all colors.

5. What precautions are you taking as you’re out documenting protests?
I was initially not very prepared for what I experienced. I just showed up with a mask and latex gloves to avoid the COVID-19 virus, but after getting shot at, I have been protecting myself more, but it’s hard to shoot with goggles and a face shield.

6. Which of your images motivates you to make the next?
When I see an image like the one of Kash (the little boy) go viral, it inspires me to use my platform to get more iconic images like that one. I think at this point I know when I’ve captured that kind of image that will be a part of my legacy as a photographer. And I also try to get a different perspective than everything I am seeing other photographers post. Even with my hand series I’ve been doing for a decade. I have managed to get some great ones at protests. 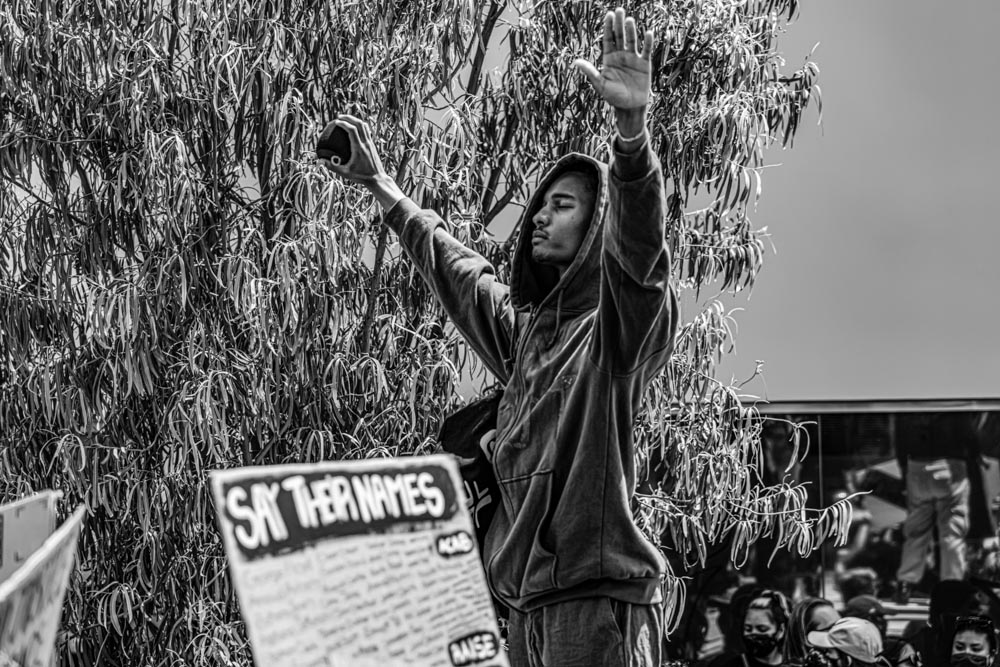 7. In editing your images, what emotions are evoked as you relive the moments?
In several cases, tears have come to my eyes in a way that didn’t even when I shot them, because I was feeling a different emotion at that time and also had the responsibility of making sure I got the shots. I also feel a deeper level of understanding once I can focus and stare at an image for a while. That is the gift of photography. A single image can keep expanding its own story every time you look at it.

8. How are you using your images to amplify a message?
Two ways. One, posting them and watching them being re-posted hundreds of times, many times by very influential people and outlets . Two, using them to raise funds for nonprofit organizations that will help further the agenda of the movement. I’ve already sold nearly $40,000 in prints (156 prints at this time). Just posting people’s signs keeps the message alive on my pages forever. I feel like we are finally using social media for a good reason! I mean how many freedom summers can we experience in America before we see complete equality?

Mathieu’s prints can be found here.

9. What message(s) do you hope your photos will tell for years to come?
That the youth has spoken, and it is time for systemic change. It’s time to eradicate systemic racism. It’s time for elders to listen to the youth. The system hasn’t worked in a very long time. I want these photos to be remembered for a time of actual change. As far as I go, they will serve as a reminder for my family to know that not only way I there, I was able to make a difference through my work and platform.

10. What advice do you have for photographers that are currently out photographing demonstrations?
I would say to be very careful. Be safe, protect yourself from danger and know when you should walk away from a scene, even if you thought you wanted to stay there to capture it. There are many infiltrators there to create chaos, people who have nothing to do with the movement. These are the people that could put you in danger’s way. Be smart and well prepared. 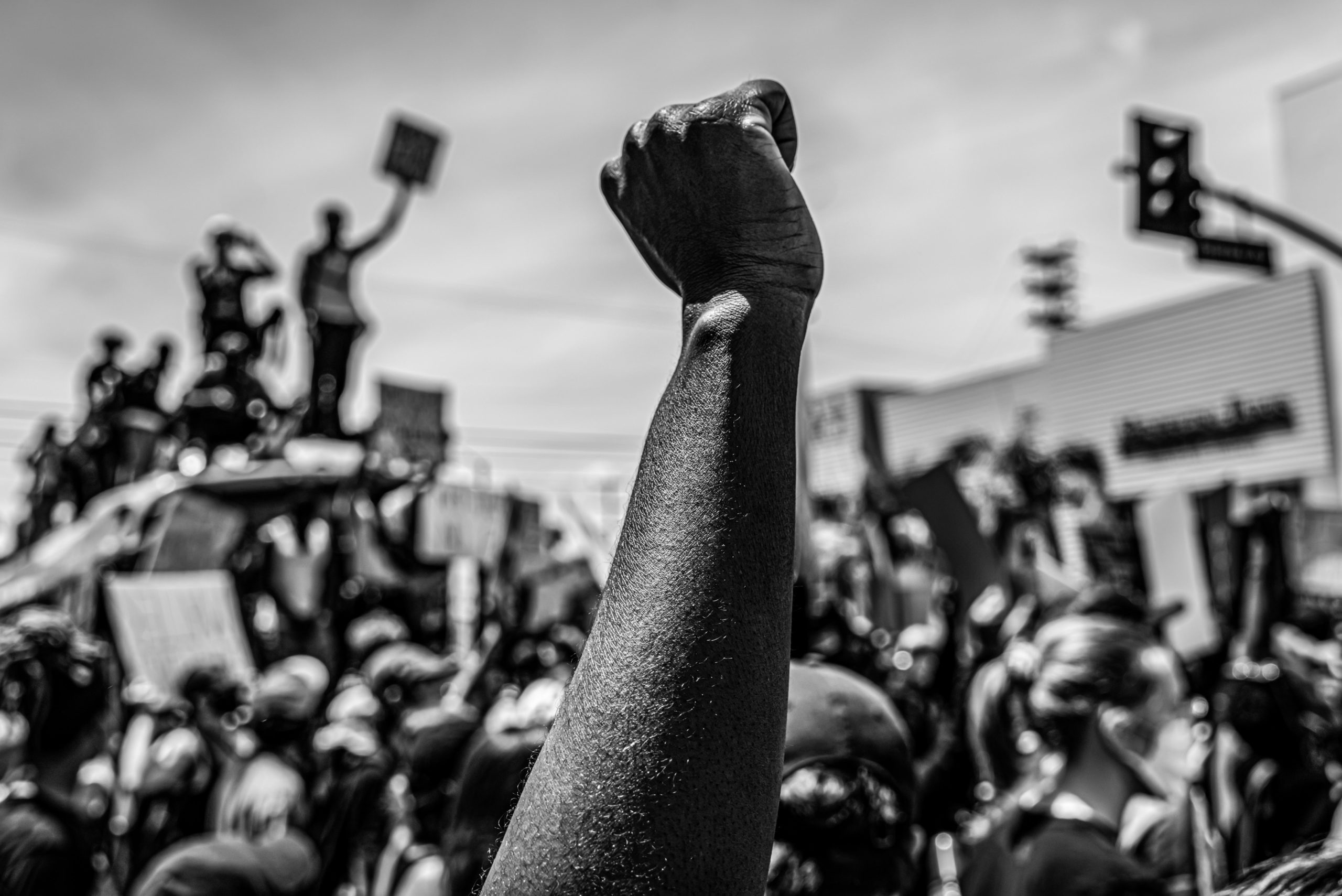