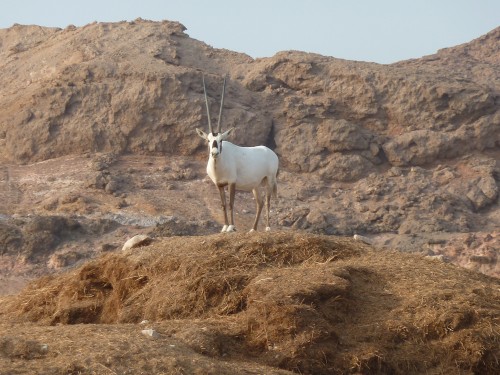 “I photographed this White Oryx on one of the eight “Desert Islands” in the Middle East…but where EXACTLY am I?”