Medium format digital and travel seem to be almost mutually exclusive. Travelling light and shooting discretely is more in the realm of the M-Series or other DSLRs than medium format digital, which is more commonly associated with tripods and studios.

I visit China each year to conduct very small scale photo workshops for advanced enthusiasts. For the previous two trips, I chose to take my S2 as the primary camera (and a couple of DSLR bodies as back up since accidents do happen). When I first made this decision, I was a little worried that I might be committing to something that would limit my results through weight and limited lens choice, but as it turned out, this was simply not the case and I came back from each trip with some of the best images I have ever made.

The first of these trips was to Qinghai Province, specifically Tongren, where, each year around the late summer full moon, the mostly Tibetan residents enact their Shaman Festivals, a ten day series of rituals and parades of spectacular pageantry. As such, the photos were always going to be about people – and over the ten days I shot over 3000 images, 90% of which were on the S2 and of those 2700 images, all were shot on just the 35mm and the 120mm lenses. 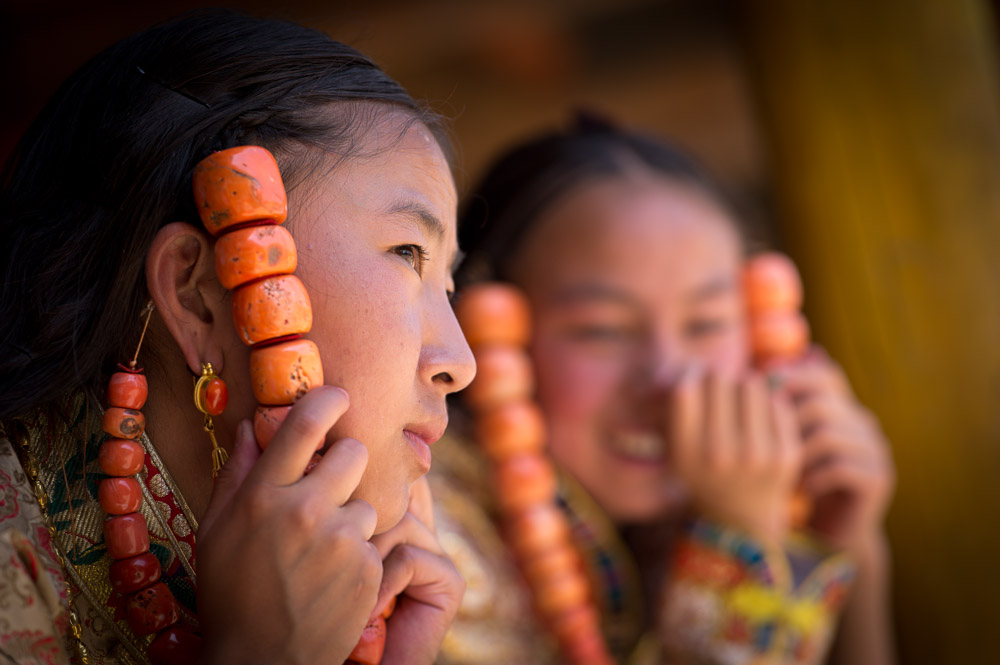 When our group first arrived, we took some time to feel out what was going on and it became very clear that almost all of the ceremonies would take place in the close confines of temple courtyards and halls. I also realised that the strongest images were likely to be those which would give the viewer a real sense of involvement, something quite typical of the whole Leica gestalt. Once I had decided on my approach it was obvious that I would not need long lenses because images taken from a distance tend to be less involved, more voyeuristic, than those taken from right up close to the action.

At the time the 30mm had not been released so I used the 35mm lens as my standard and the 120mm for portraits and detail shots. I had the 70mm but did not shoot a single frame with it. The 180mm I left behind in Australia because I still wanted to travel light and, whilst it was a bit of a risk, I did not miss it.

Using only two lenses might seem very limiting, and sure, it is, but what happen is that you start to look for images that you can take with the lenses you have with you, rather than worrying about those images you can’t take. I quickly started to only see images that worked with the two lenses I had and only very occasionally did I see images that might have needed a wider or longer lens.

One S2 body, a 35mm on the camera and a 120mm in my vest pocket; that was all I needed for a day’s shooting – plus a bunch of CF cards of course. The S2 will shoot all day long on one charge so I didn’t need to worry about spare batteries, and in fact I have shot upwards of 1200 images on one charge on other jobs. 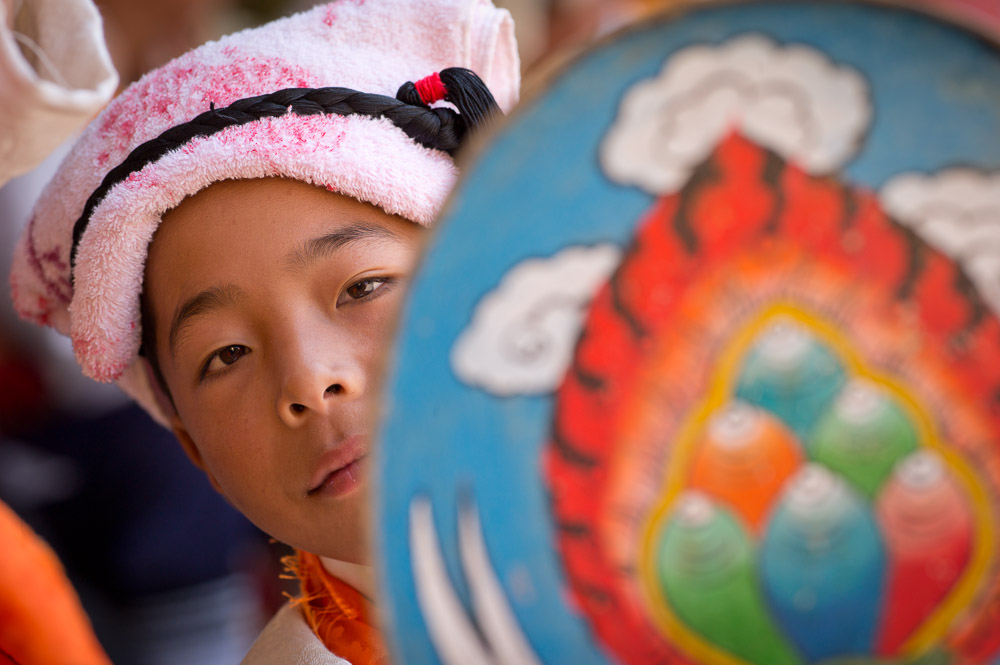 Shooting mainly people in what was effectively an uncontrolled environment meant that I needed to be quick to respond to situations and opportunities. The S2 went onto Aperture priority mode, AF was used in single shot mode and I trusted the camera to do its job.  Some of the shots you’ll see in this small sample were fast grab shots – the image of a young boy peeking out from behind a colourful drum was a good example of how accurate the AF system is. I saw the shot, focussed on the eye, held the focus and recomposed slightly, all in the blink of an eye. I have done 30” prints of this image and the eye is critically sharp. What’s more, the out of focus drum face shows that lovely creamy bokeh so typical of Leica glass, in this case the 120mm macro.

On my second trip, to the region around Guilin, the focus was as much on landscapes as it was on people. I had the new 30mm with me for slightly more expansive coverage, plus the 70mm, 120mm and the 180mm. I ended up using all four, but once again, the 30mm and the 120mm were my most used lenses and accounted for 75 percent of the images.

I probably could have still used only the two lenses but there were a couple of times when the 70mm was the exact lens for the job and I was pleased to have brought it along. One perfect evening at Xingping we hired a cormorant fisherman so my group could capture the classic Yangshau shot and the 70mm proved to be perfect. Using it at f2.5 meant that I could create a slightly 3D look by having my subject separated from the distant karst rock formations by throwing them out of focus. Hopefully that will show up on these web images. 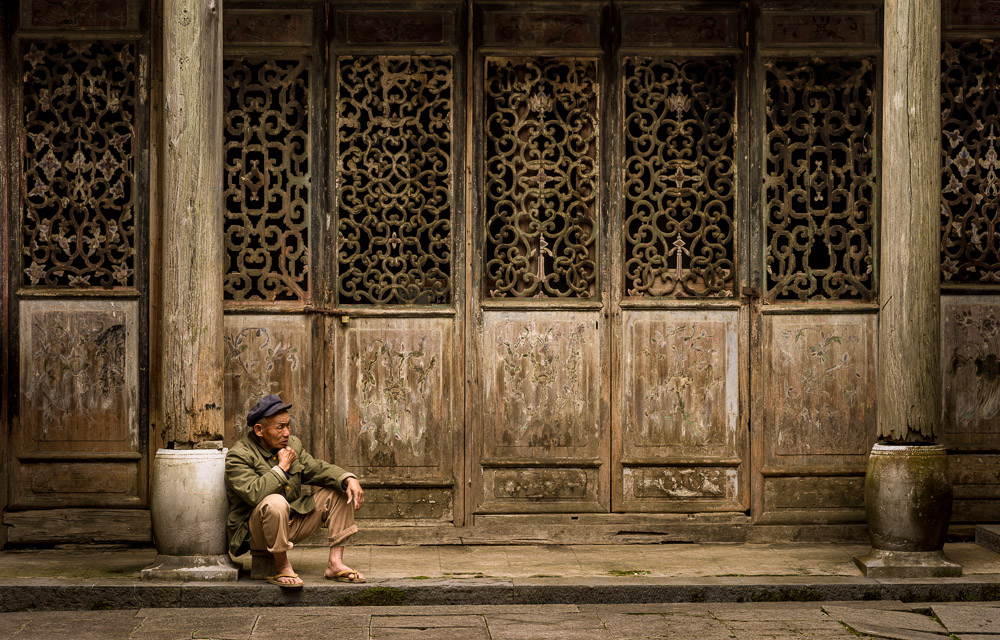 On our last day, Tony, our amazingly patient guide, took us to an ancestral hall in a remote village which had a single occupant, a delightful elderly gentleman who was the live-in caretaker. He was so pleased to have visitors that our little group of four was able to ask him to sit in various places around the hall whilst we made our images of the interior of the hall which was crammed with ornate screens and carved woodwork, all in muted tones of grey.

The only colour in the whole place came from the slightly tatty red lanterns hanging from the roof and it’s in these situation that you really want to be using the highest quality camera you can – we had the unaccustomed luxury of time and full control, something quite unusual in travel photography where, like on the previous trip to Quinghai, it is more usually fast and furious reportage style photography rather than the slow measured pace of the landscape photographer.

It’s interesting to note that the S2 can handle both kinds of work with equal aplomb. It’s capable of working quickly and accurately, and at the same time, the 37.5MP capture can produce the most exquisite prints. As a travel camera then, it ticks all the boxes. Medium format quality in a portable and high performance DSLR body – oh, and let’s not forget the legendary Leica glass!

To see more of Nick’s work and his next trips, check out his website or drop by his Facebook page.