Uwe Dürigen: Reportage of the Kumari in Nepal

The Leica camera Blog Uncategorized Uwe Dürigen: Reportage of the Kumari in Nepal

Uwe Dürigen is featured in the latest issue of LFI for his reportage on the Kumari in Nepal.  He was born in 1968 in Loffenau, Germany. At first he wanted to become a guitarist; however, he decided to study economics and sociology. During his years of study, he came into contact with the fascinating culture of Asia. His first publications followed in the daily press. However, the real challenge for Dürigen consisted in detecting subjects on the off-beaten path. For his book Der Himmelsfluss Ganges und seine heiligen Männer (The Heavenly River Ganges and its Holy Men), he accompanied with his camera ascetics who followed the 2,500 kilometres long river in the Himalaya. He has also documented the peaceful fight of the Tibetans against the occupation of their land through China and rode with Mongolian eagle hunters through the Altai.

For his long time project  “The Human Being And The Divine,” he documented shaman rituals of Indians in the Amazon area, ecstatic cults of Hindu monks and the mysterious rituals of Tibetan oracles. His reports appear in magazines and books.

Q: Hi Uwe. How would you describe your photography?

A: I like to be very close and tell an authentic story about the person. It is very important for me to achieve unlimited access into the world of the protagonist. An intensive bond of trust is the base for my work. Of course I’m also interested in aesthetics. The room or the space plays an important role in the picture. I like to work with different focus points. I compose my photographs in the viewfinder, thinking in full-frame and avoiding any cropping.

A: I first started working with Nikon cameras. At the age of 25 my girlfriend’s father gave me an old M3. It was his father’s camera who was a journalist. He bought it in 1954 and the camera accompanied him all over the world for more than 30 years. The incredible quality of the camera and of course the Leica lenses convinced me to forget about Nikon. I first bought both, a Leica SLR and a M6. From time to time, I still use the old M3. It’s still working perfectly, but living in a digital world I am very happy with my M9.

Q: Did you have any formal education in photography, with a mentor, or were you self-taught. Was there a photographer or type of photography that influenced your work or inspired you?

A: No, I had neither education in photography nor a mentor. Of course there are influences. Many of the “old” photographers inspired me: Jeanloop Sieff, Sebastiao Salgado, René Burri, Robert Lebeck and Henri Cartier-Bresson. But believe it or not my main influence is music. There is always music in my head that stimulates my work such as the contemplative Goldberg Variations from Bach particularly Glenn Gould or the ecstatic music of Jimi Hendrix. It just depends on the series I’m working on.

A: I am looking for stories to tell. I go to places where there is a story to tell and where I have an interest. Many of my themes have a political or social context. The photos accompany a text. So I consider them as a part of a journalistic product: a reportage. The picture series should tell the story. 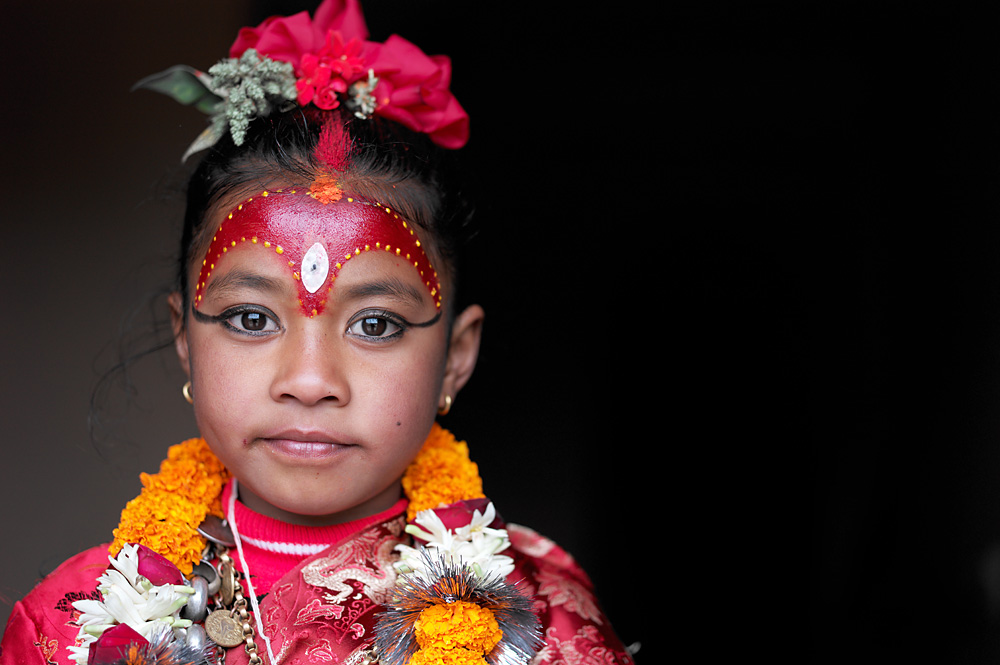 Q: The article in LFI features your reportage on the Kumaris in Nepal. Who are the Kumaris, and how would you describe your photographic approach in shooting this series?

A: The Kumari are young girls that are worshiped in Nepal as manifestations of Taleju, a Hidnu divinity. There are currently eleven Kumari throughout Nepal and they perform rituals and blessings. The girls chosen as Kumari must fulfill 32 different requirements and their time ends when menstruation first appears.

The Kumari series was very difficult. I always want the magazine readers to have a very close view of what happens. But in this case the girl is worshiped as a goddess. That means I had to be very careful not to break any rules that offended the traditions of the Kumaris. I had the amazing chance to take part in secret rituals celebrated in a tiny room. But of course if I touched any sacrificial offering with my feet for example I would have ruined the whole ceremony. People in Nepal are strong believers in their goddesses.

Q: What was your ultimate goal, or what did you hope to achieve, with shooting these images?

A: Of course it does not make any sense if the editorials of magazines are not willing to publish such series. Therefore, it is necessary that firstly there is an interest. But the ultimate goal of course is to preserve these unique religious rituals that are slowly disappearing from the world for the next generation.

Q: You shot the Kumari series with both a Leica M9 and Leica S2, correct? It seems some photographers either favour the M-System or the S-System, not both. However, you chose to use both models. Can you tell us why you used both cameras?

A: Yes, I did. I know people who love both, sports cars and SUV’s. The S2 is very easy to handle. A friend lent me his S-System for the reportage. I was curious regarding the medium size format. And it’s true, camera and lenses provide a breathtaking image quality. But for my work the M9 is the one. 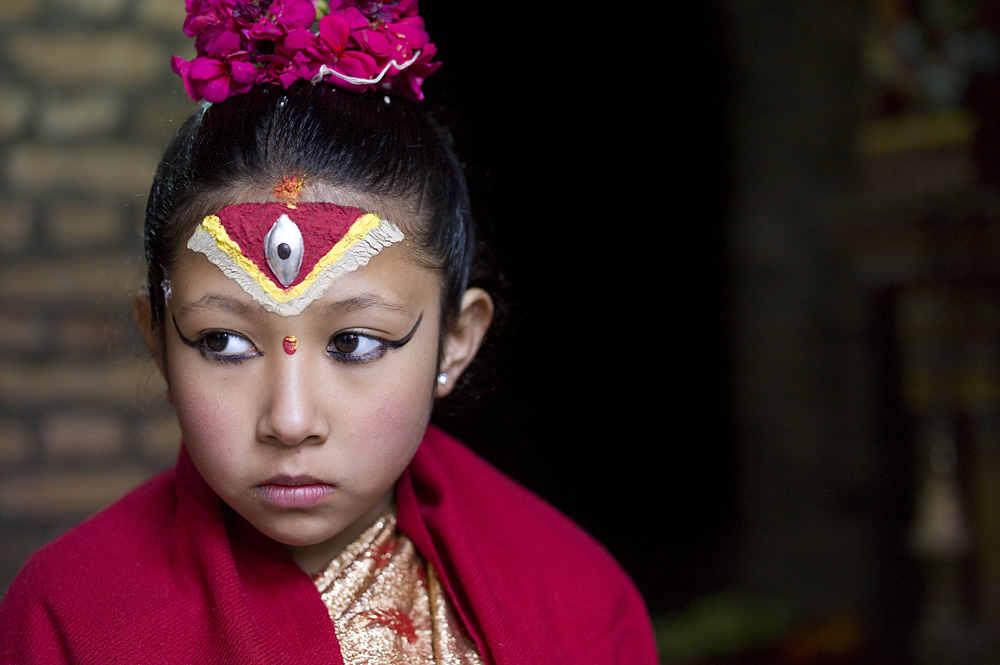 Q: What lenses did you use?

Q: Did you find either the M9 or S2 better for your goals? Or did they work together?

A: Of course they can work together. But the M9 is quite simply a great camera for my work. When you use it, people don’t see you as a photographer. It’s small and almost invisible and therefore does not disturb the action taking place.

Q: Did you want the audience to have a specific reaction to these photos? Did you want to elicit a certain emotion from the viewer?

A: Photographs always should release emotions. The topic is extremely ambivalent. On the one hand, some of the shown goddesses are obviously robbed of their childhood. They must take part for hours in religious prayers, may not leave even their palace. On the other hand the Kumari cult concerns an ancient tradition. The Kumari protects the people of Nepal. It is a relic of spirituality. Of course I also have an opinion on this subject. Nevertheless, the viewer of the photo series or the readers of the report should form their own opinion.

Q: What was the inspiration behind the idea to do a reportage on the Kumaris? Where did the idea come from?

A: I am working on a new book project about people that take on spiritual tasks. Therefore, I went to accompany the Amazon Indians in the jungle; I documented the rituals of oracles in the Himalaya. In this context, the Kumari as a living goddess is very important for the book. The idea was given to me from a Nepalese friend who has supported my work for many years.

So these kinds of topics have become a personal interest.

Thank you for your time, Uwe!