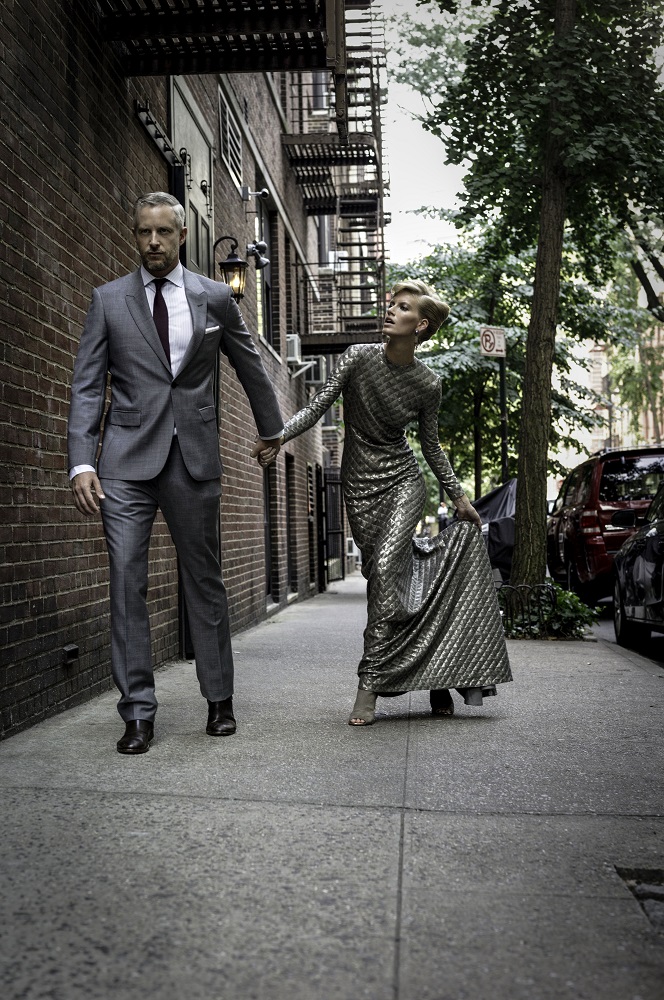 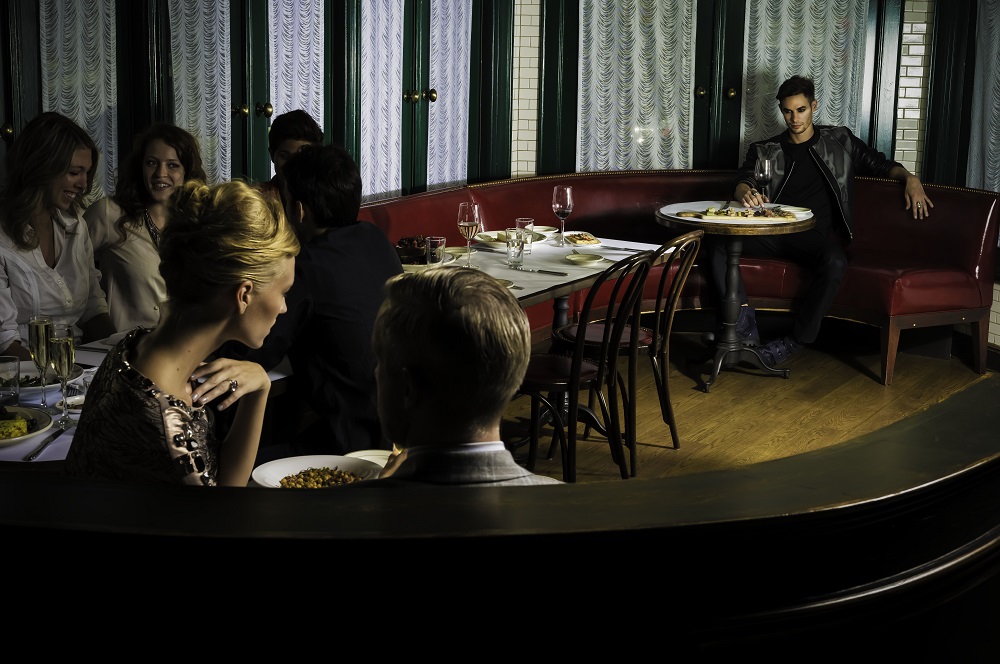 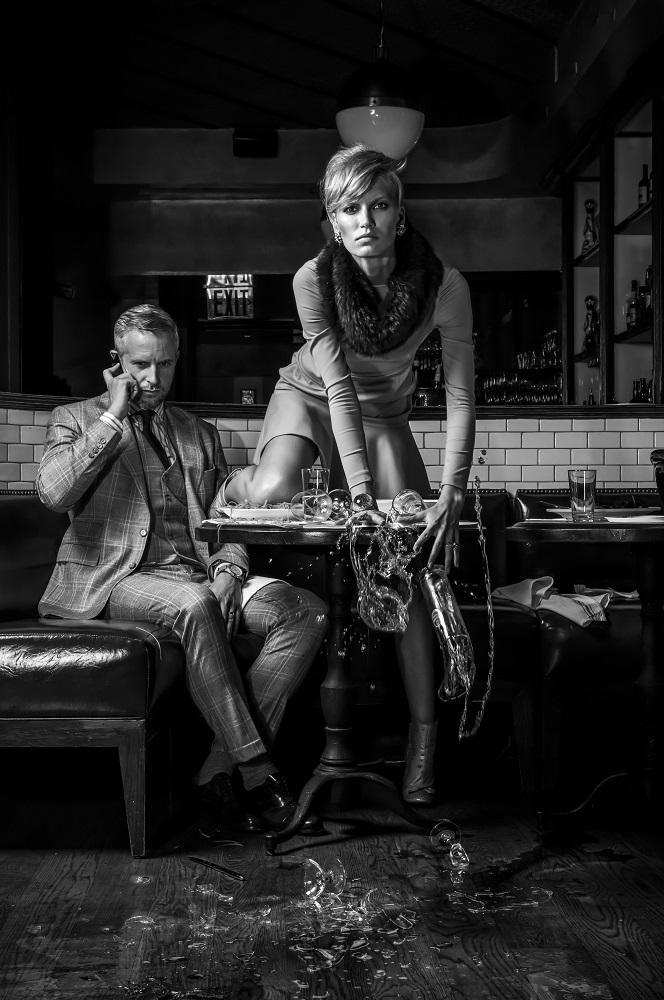 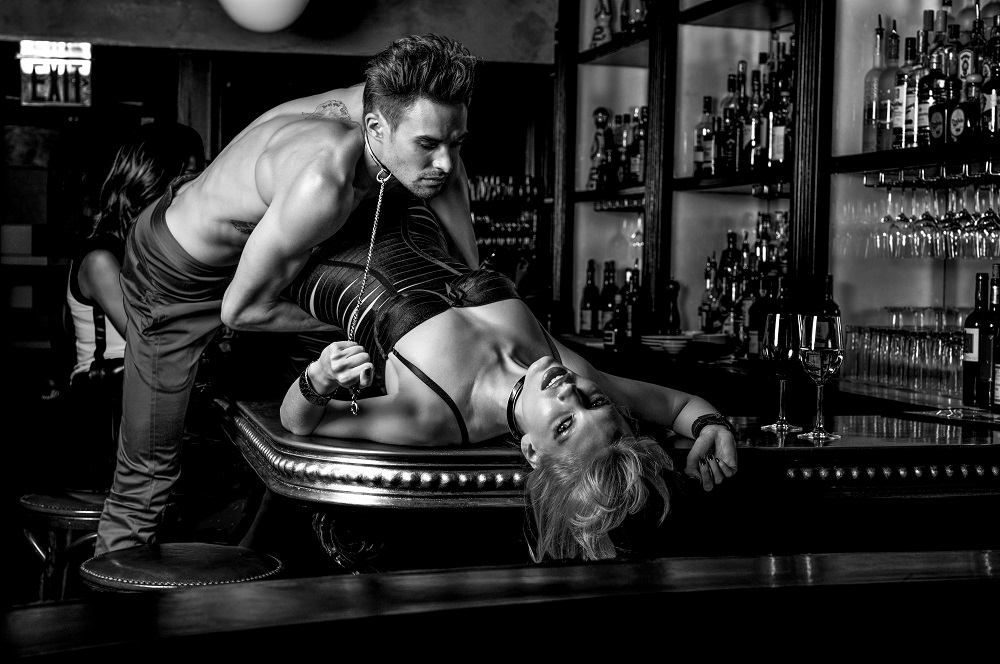 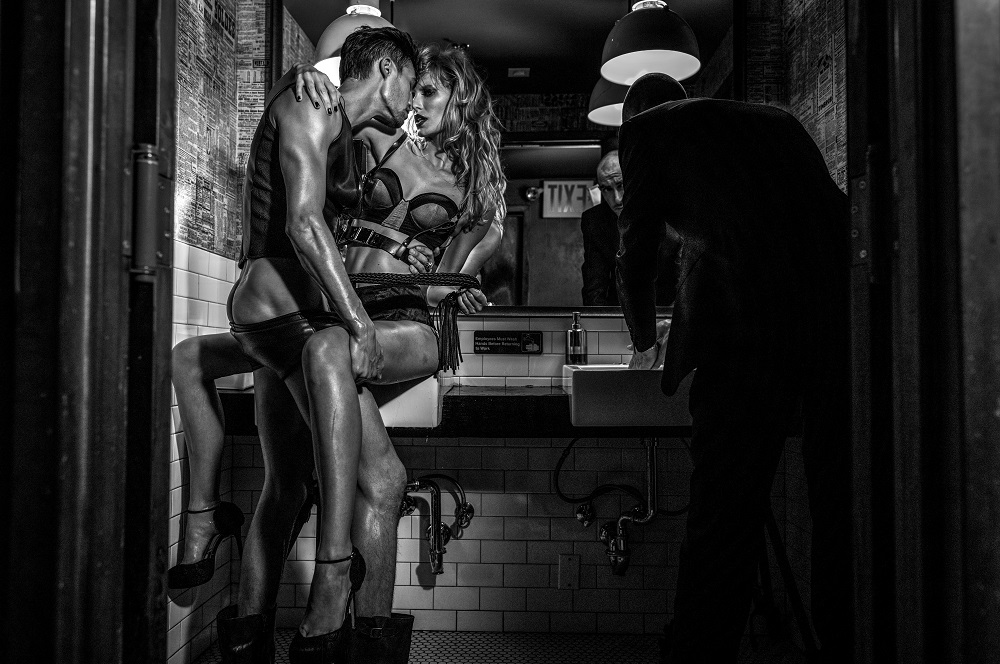 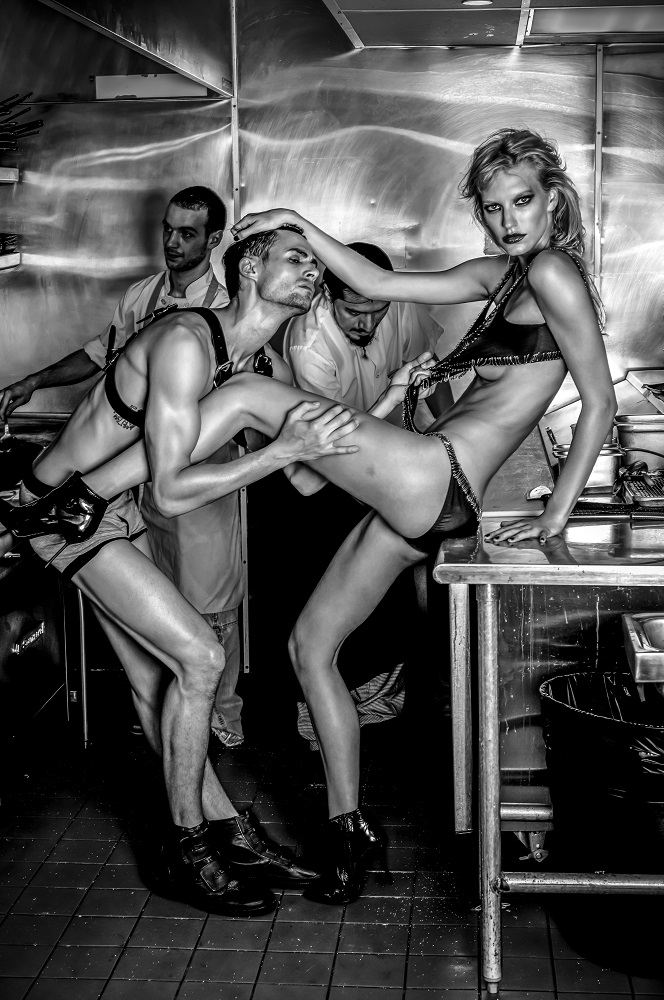 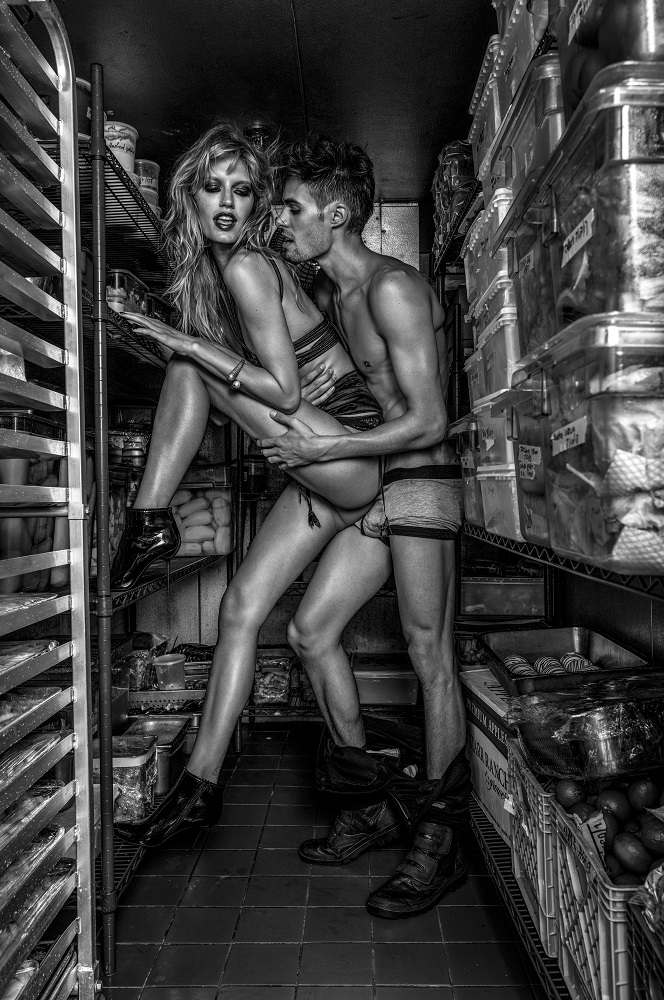 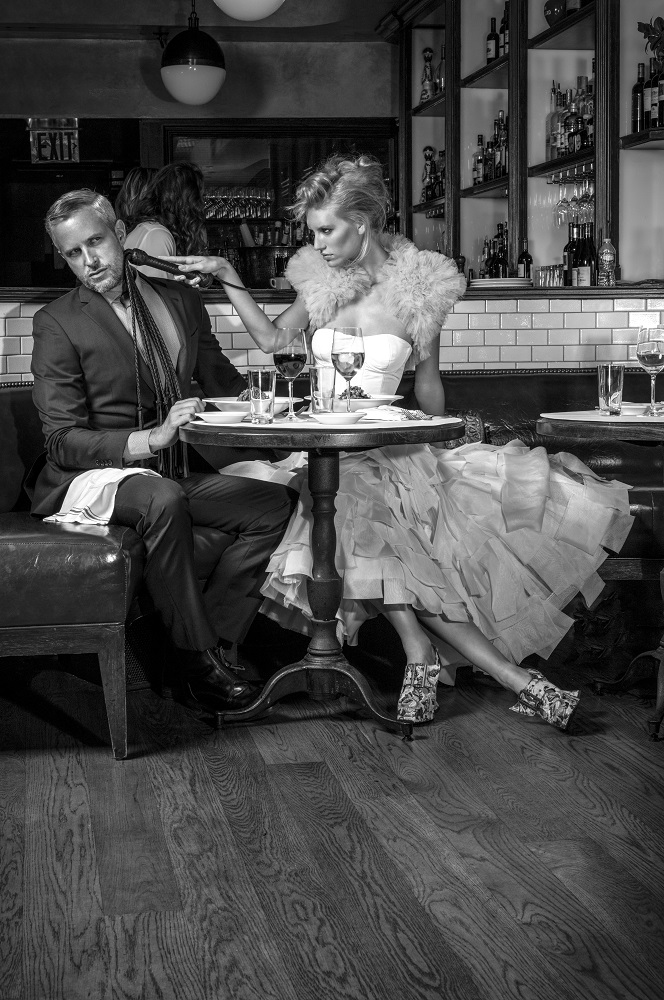 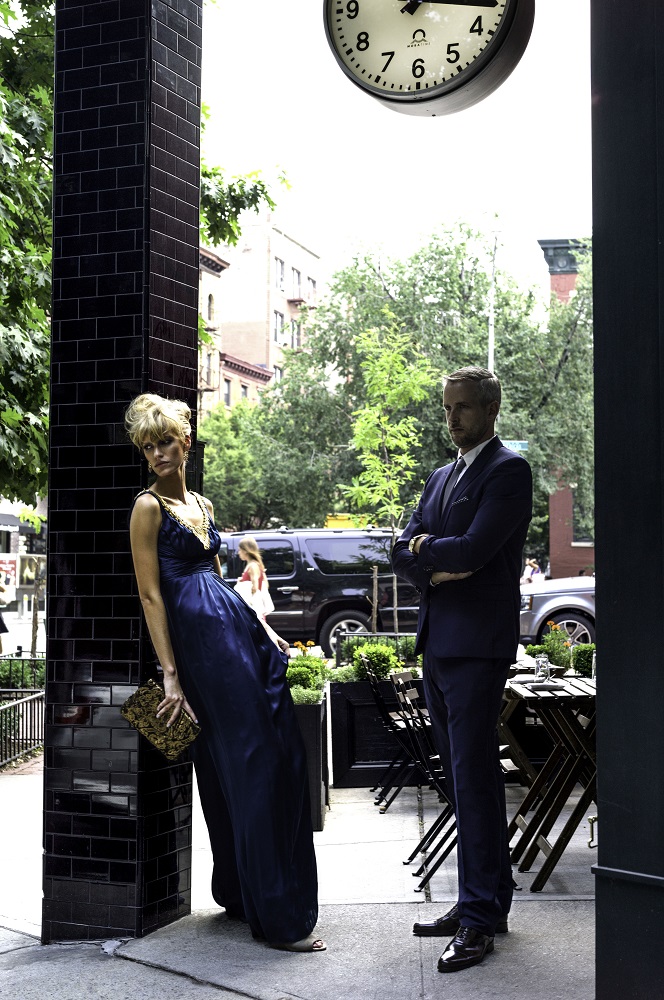 Her Story
Tight, uncomfortable, constricting luxury clothes a married couple. The power of wealth confines a women as she sits like stone, bored next to her older powerful partner. Across the room she glimpses a man. Fantasy & desire overcome her. The stranger & the heroine embrace passion & a fierce lust as they travel around the restaurant in total disregard of those around them. As the passion subsides the women appears back at her table & back next to the jail from which she escaped. Was this pure fantasy? Did this passionate encounter occur? Does she still look beautiful? Either way each person in the story loses something because of their ugliness.
The Assignment
J. Matthew Riva, art director, came up with the concept for the shoot named “Her Story.” We were tasked with creating a unique story on what is ugly for Creem Magazine’s “Questionable Taste” issue. Our idea was to show ugliness on an internal level rather than an external level, which we felt has a larger impact on one appearing ugly than any surface level imperfection.
– Morgan Miller
Connect with Morgan via his website, Facebook, Twitter and Instagram. Watch a short video about “Her Story” here.