Marcus Reichmann began his photographic career with an apprenticeship then worked as a professional for a few years before studying photojournalism in Hanover, Germany. Nowadays he specializes in using photography to tell stories. Reichmann works on assignment for major German magazines and newspapers, as well as on his own freelance projects. It was one of these projects that brought him to Circus Magic, a very small circus run exclusively by members of the Endres family. He spent a few weeks with the circus, equipped with a Leica X Vario.
Q: How long did you work on this project?
A: I worked on it for about a month because it takes time to build up trust. Circus people tend to live in isolation and family is very important to them. Naturally, they were cautious and hesitant towards me at first because I’m a journalist. They know that the general public has a somewhat distorted picture of life in a circus.
Q: How long did you need to break the ice?
A: Despite their initial hesitation, the family was very hospitable and open. At the beginning, I spent time with the children in particular. I tried not to disrupt or impose on their daily routine. Of course, that’s not always possible – because you’re a photographer, the situation changes the moment you turn up. To start with, I attended a couple of performances and just spoke with them; eventually they realized they could trust me and the ice melted. After three or four days I felt that I could move among them freely. At first, their caravan — in other words their private sphere — was taboo, but after a week I was invited to dinner.
Q: What was your photographic approach?
A: I always had the camera with me, but at first took very few pictures. I should mention that I also needed to get used to the new camera. I began with snapshots of the family and everyday situations, then later I took lots of portraits and, finally, the performances. Such a story needs variety in the imagery. Right at the very end, I photographed things that I had postponed a bit, because they were very personal. Like when the children were being put to bed or evenings in the caravan. 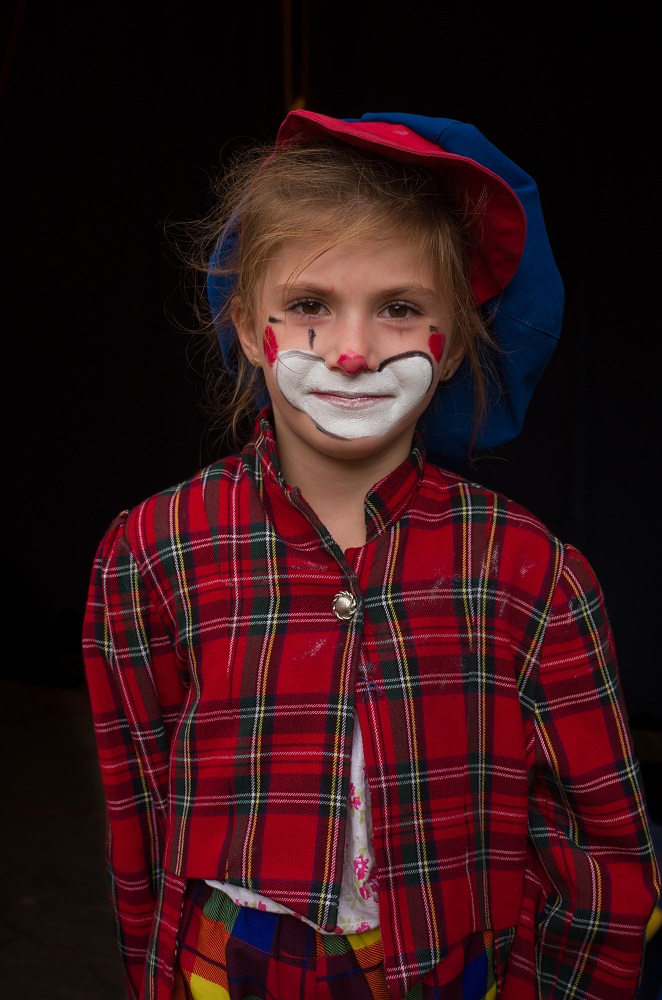 Q: As a photographer, how does one deal with, as you said earlier, the “private sphere”?
A: You want the story to be as balanced as possible. I once had a discussion with a photographer I very much admired — about the dilemma of getting on people’s nerves. She told me that as soon as anyone agrees to be photographed by you, it’s your responsibility to make the best of it. It’s like you owe it to them to give it all you can. Stepping over certain limits at times is part of all that. I found the discussion very helpful, a very good working ethos. Even so, you have concerns from time to time, and you should have very strong moral principles. It’s not a question of getting a picture at any price, but to step outside your own comfort zone because, of course, the family in my story also wants a different kind of story to the common cliché — they want people to see what their life is really like. You can’t do that if you only photograph the acts or the animals being cleaned. You need to get a bit closer.
Q: Earlier on you said you had to get used to the camera. What did you find unusual?
A: Compared to my Leica M, I was somewhat limited as far as the play with sharpness and unsharpness: the background in the images is much more present, so they need to be more clearly composed. It took me a bit of time to find my style with the X Vario; but this was what made it an exciting challenge, as it helped me break out of my photographic routine, and find new approaches to the motifs.
Q: So you wouldn’t have preferred to go there with an SLR?
A: Not at all. I like taking pictures with small, inconspicuous cameras — cameras that aren’t taken seriously at first. I also believe that the protagonists of a story feel better and can forget the camera more easily if it’s not a big lump of a thing — especially if it has that noisy multiple shot feature!
Thank you for your time, Marcus!
– Leica Internet Team
Read the interview in German here. See more of Marcus’ work on his website.