Passing by in the blink of an eye: Wiktoria Wojchiechowska photographed Chinese cyclists riding in the inclement, on-going rain. Her snapshot-like images speak of the truth of an undisguised moment.
Wiktoria Wojciechowska has received this year’s Leica Oskar Barnack Newcomer Award for her Short Flashes series. For her project, the Polish photographer captured fleeting moments of everyday life in China. Over a number of months, Wojciechowska photographed cyclists in the rain – people making their way through the confusion of the Chinese cities of Beijing and Hangzhou. In an interview with LFI, the 23-year-old explains about the truth she discovered in these uncontrived, fleeting moments, and how she often had to stand ankle-deep in the water to complete the series. 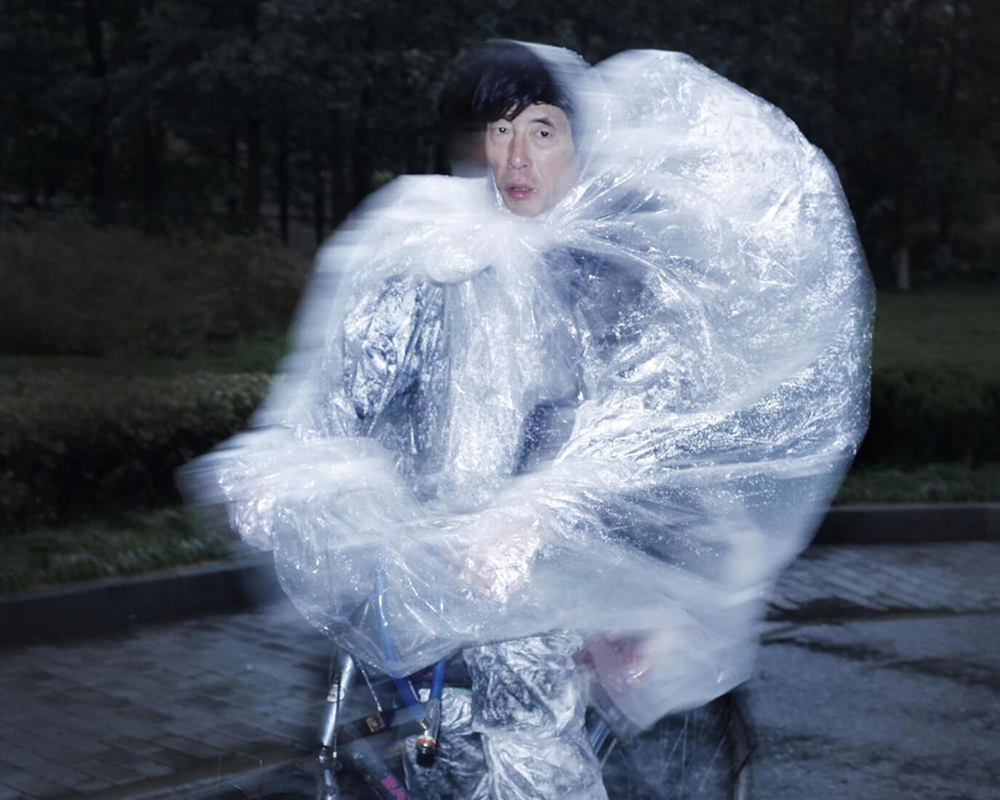 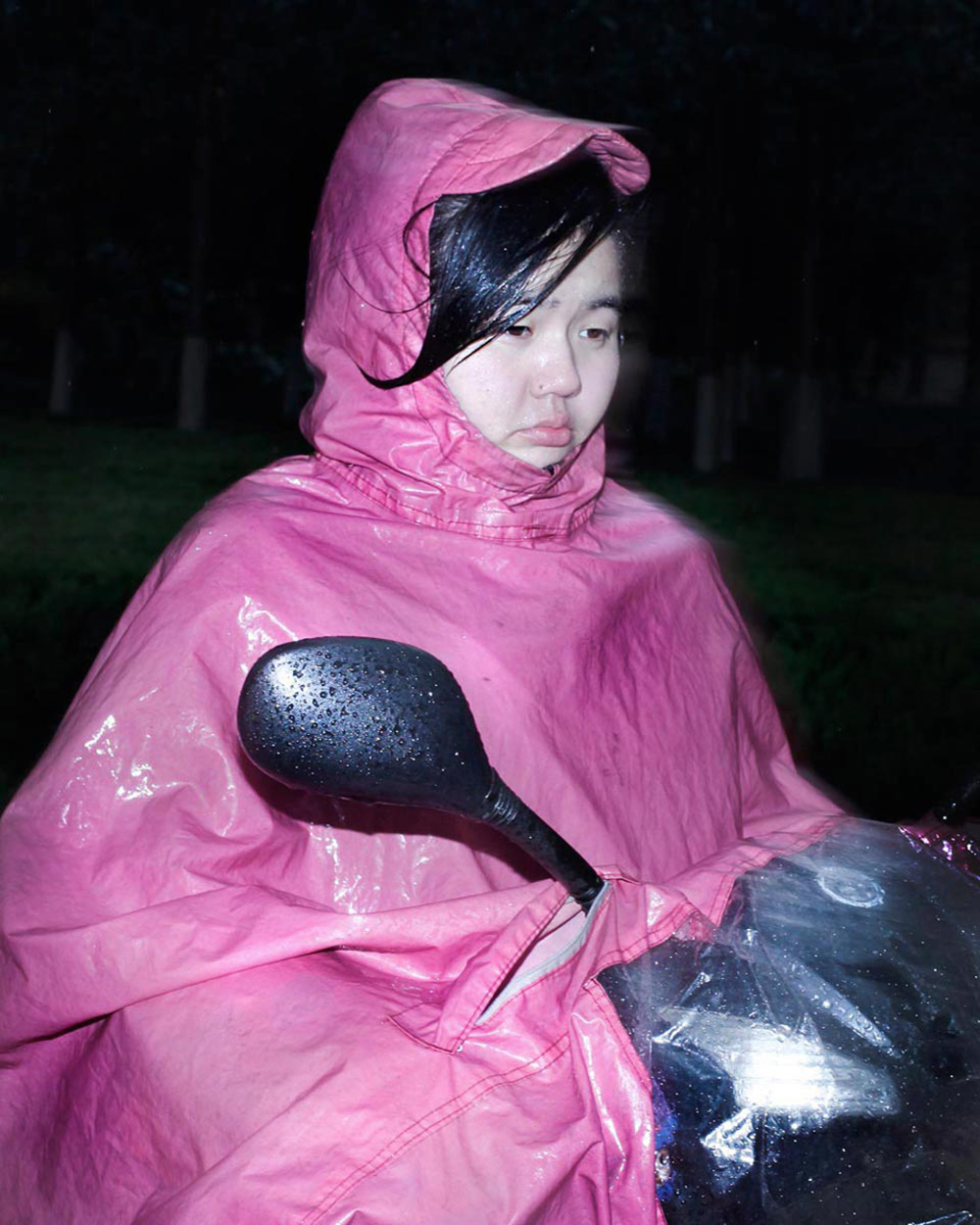 Q: So China isn’t a cycling nation any more?
A: My Chinese language teacher asked me, “Why are you photographing all these poor people? Only poor people ride bikes.” It was then that I realized that I had made a series about a particular social group. Nowadays, riding a bicycle or scooter in China is considered shameful. A car is the symbol of a high social status. 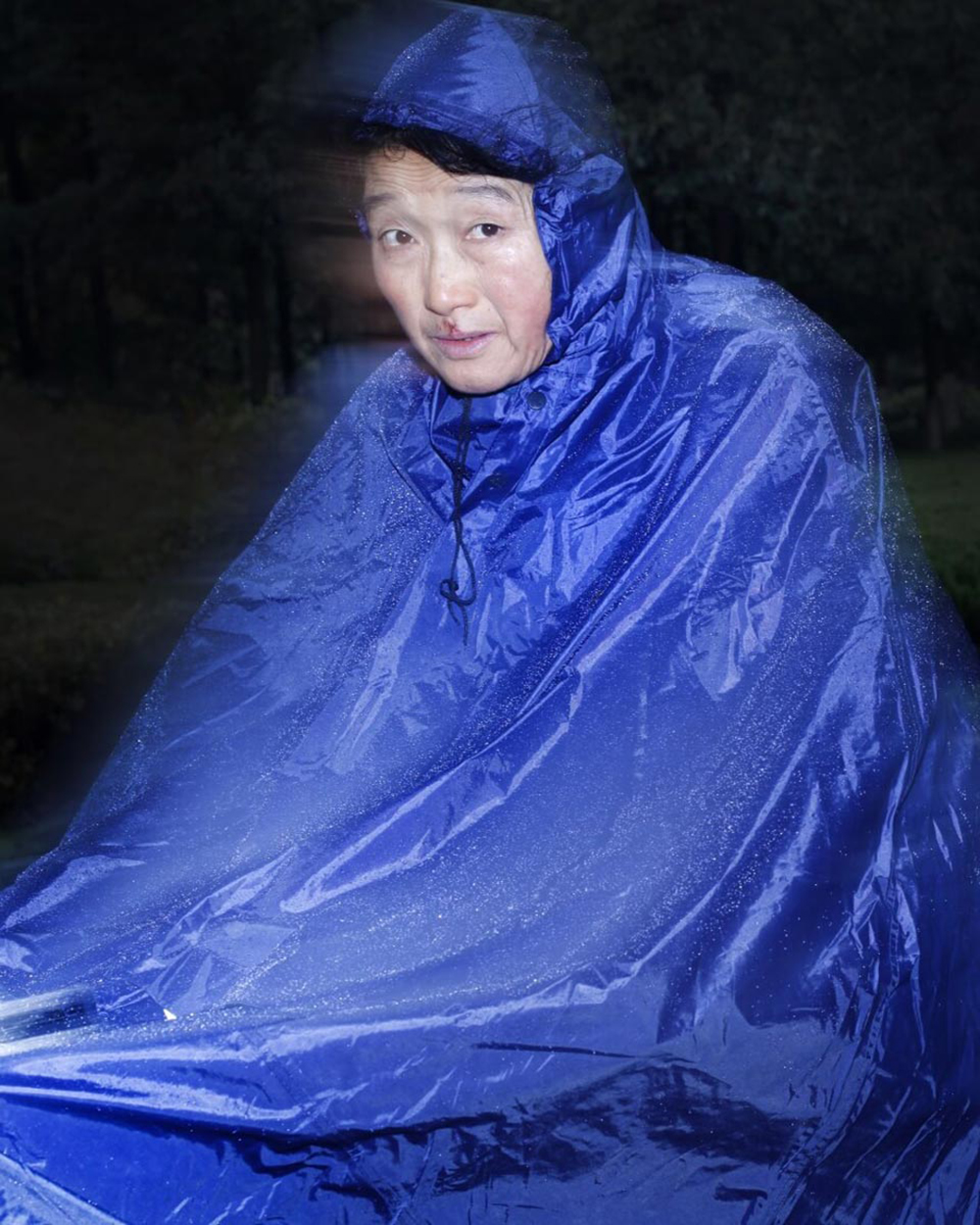 Q: How did you get the idea of photographing your Short Flashes series?
A: It took me a few months in 2013 and 2014 to complete Short Flashes. The project was carried out in Hangzhou and in Beijing while I was doing my art residencies there.
The idea emerged during my lonely walks in the rain on the streets of Hangzhou. I came to China alone, without knowing the language, during the typhoon and festival season. Things were very quiet, as many people had gone back to their family homes, and the streets were flooded by the incessant rain. I was walking in ankle-deep water and observing my new reality without being able to communicate with anyone. I felt a connection to the nameless riders passing me by on their bikes or scooters. I couldn’t stop them in reality, so I started to do so by using my camera with the flash – creating a ghost of each moment. 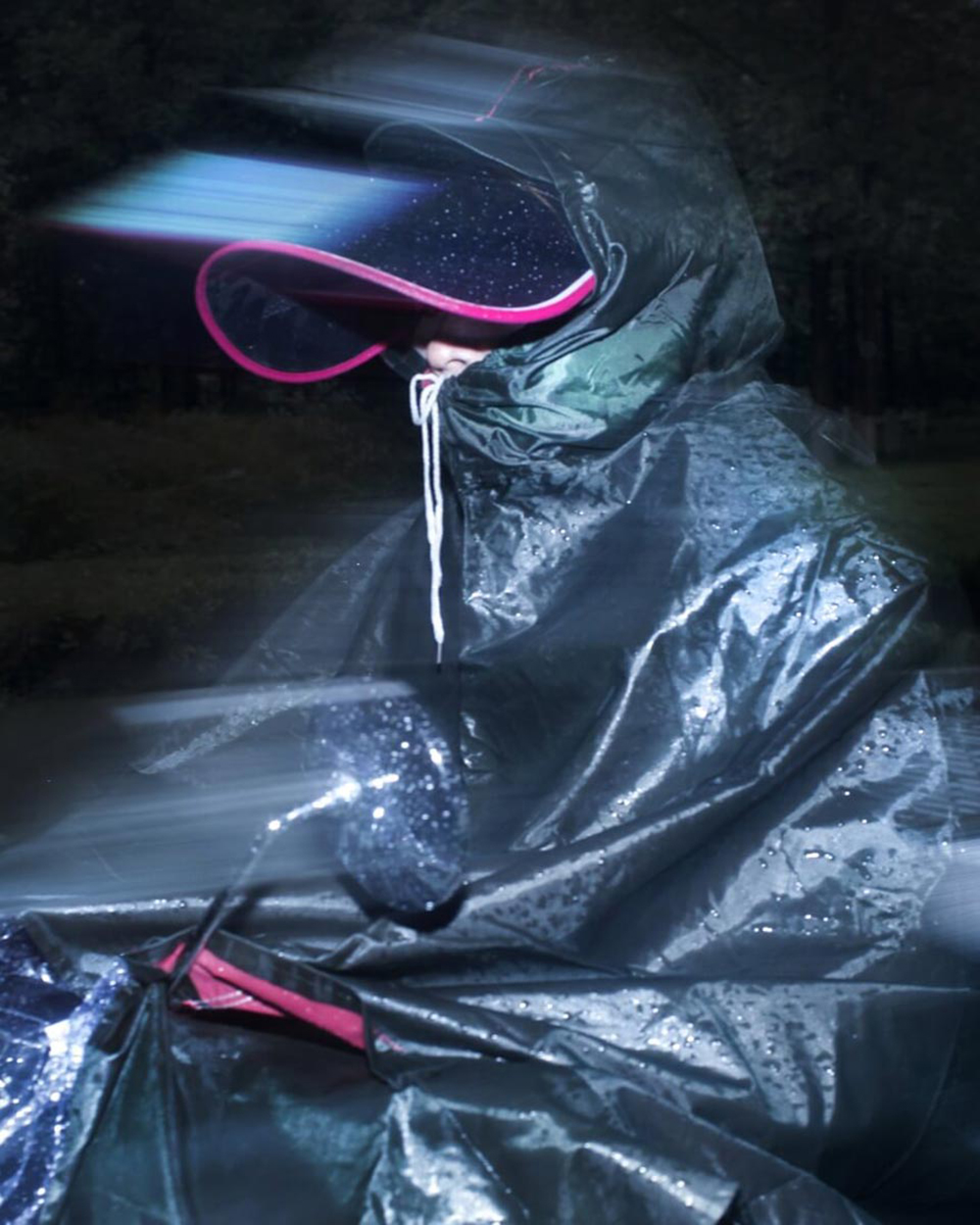 Q: Is that the reason why you titled your series Short Flashes?
A: No. The title came from the book Traktat o łuskaniu fasoli (Treatise on Shelling Beans) written by one of my favorite Polish authors, Wiesław Myśliwski. I chose a meaningful quote about the medium of photography and the artifacts captured. Faces “conceived in short flashes” will never be forgotten. This is the power of the images we carry in our memories; and the power of photography is underlined by the moment you press the trigger – the twinkle of an eye or a flash. In Short Flashes, the flash is a tool that draws each person out of the masses and preserves them as individuals. 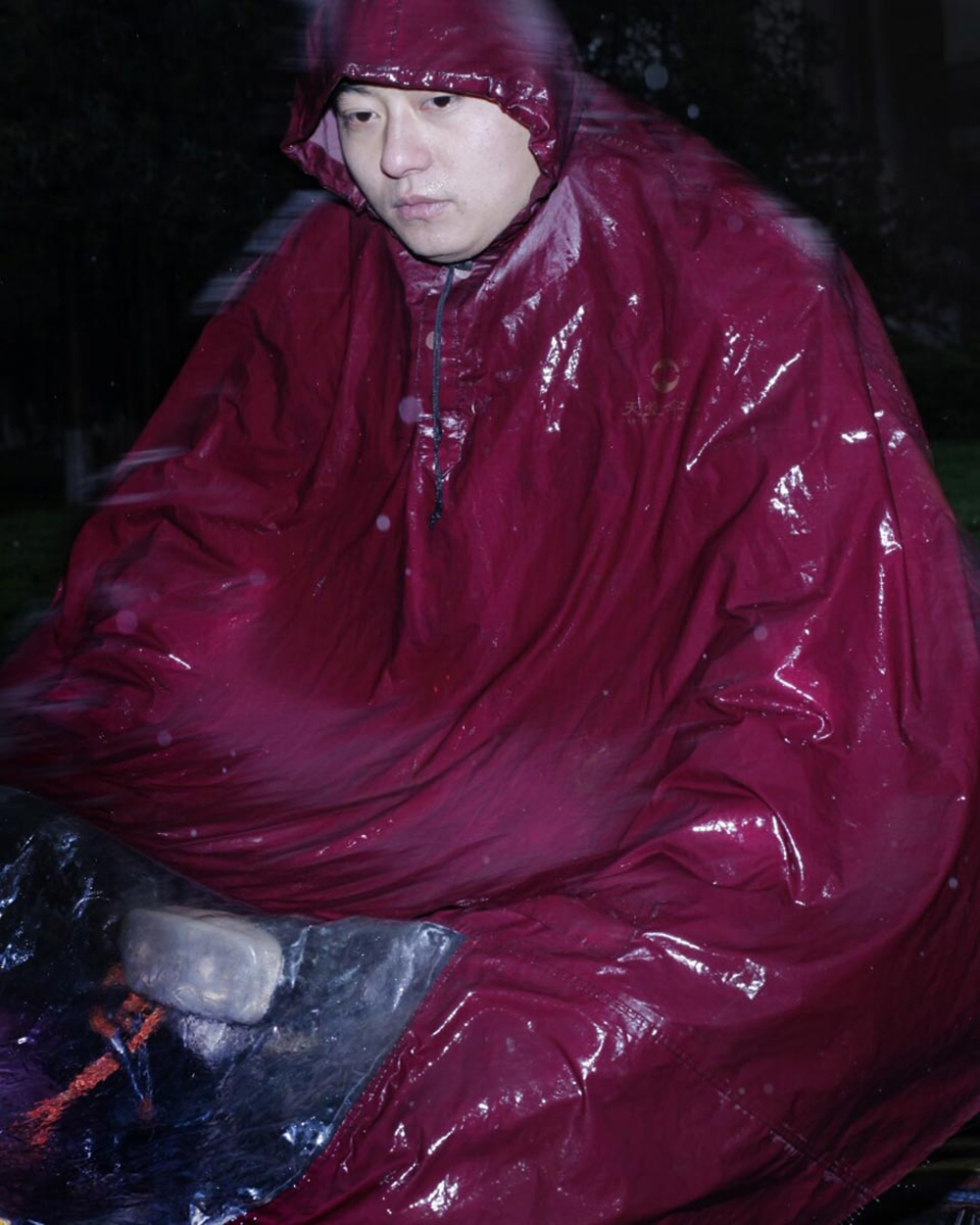 Q: How did the people react when they realized they had been photographed?
A: Not many people realized. They were usually focused on reaching their goal and on dealing with the bad weather. Some of them were smiling, a few came to ask what my purpose was. I was making progress learning Chinese, so after one month I could explain why and what I was doing. 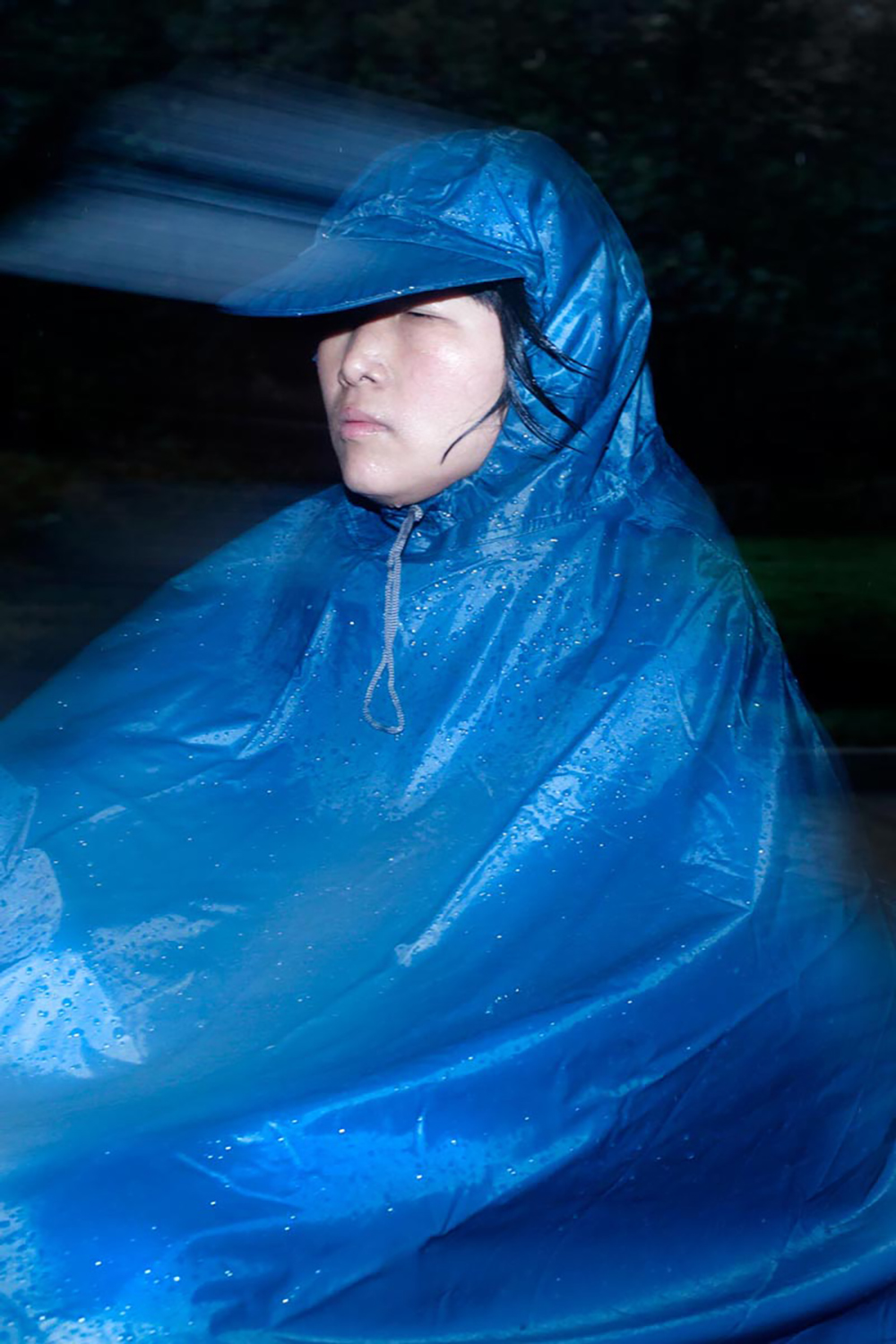 Q: Did you ever stop one of the cyclists to take a ‘real’ portrait?
A: Short Flashes are definitely real portraits. Furthermore, they are more real than posed ones. I identify a real portrait with the truth. The truth is in creation – in natural moves and gestures. The truth is when the body is coerced by external conditions, and when thoughts are removed from facial expressions – there is an apparent absence. 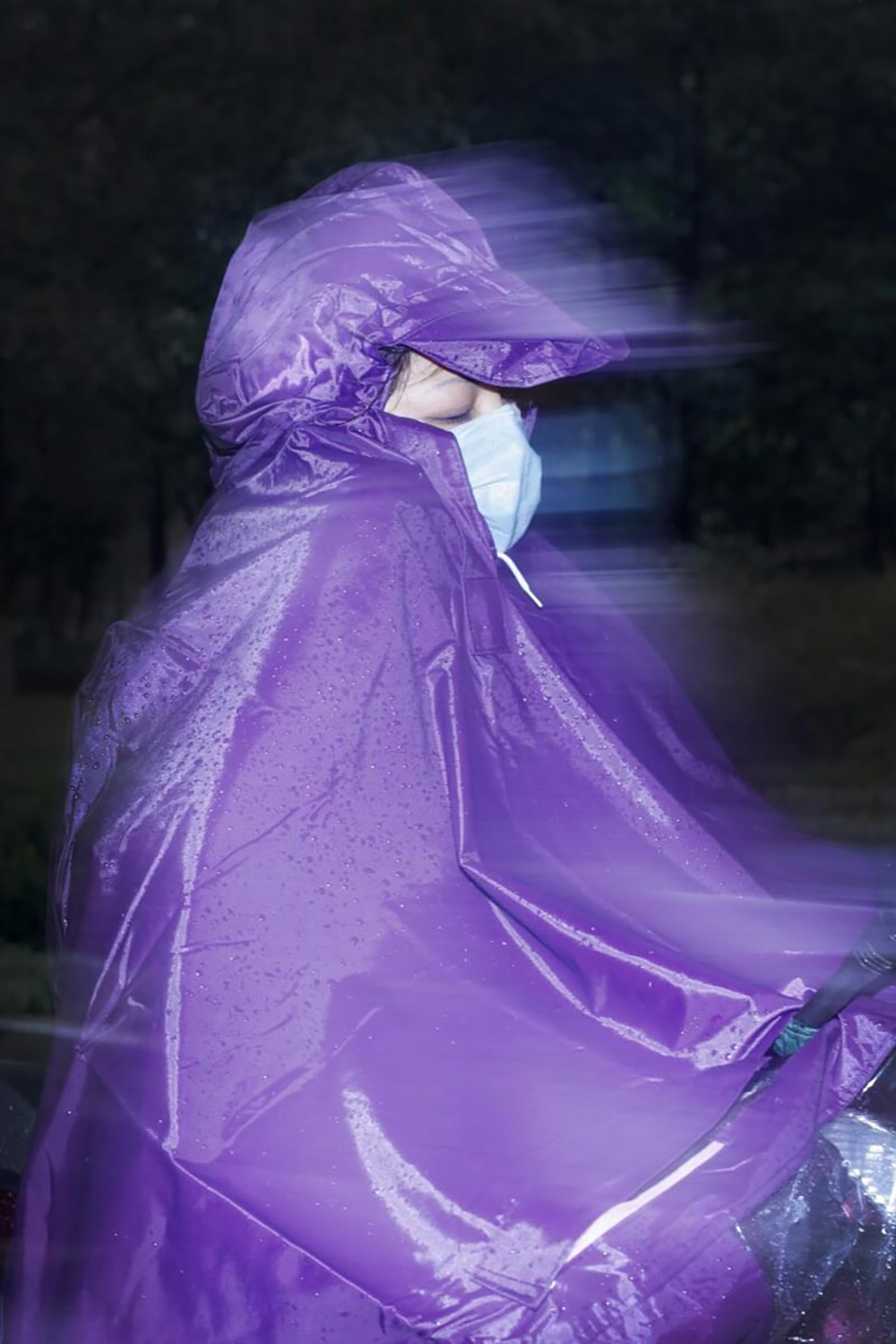 Q: Is it only then that a person looks more authentic?
A: Today, with the thousands of selfies being taken, everyone has their photo-face and knows when it’s good and when it’s bad. We are more self-controlled – we act more. So ‘real’ is always somewhere in between the behaviors we have learnt. 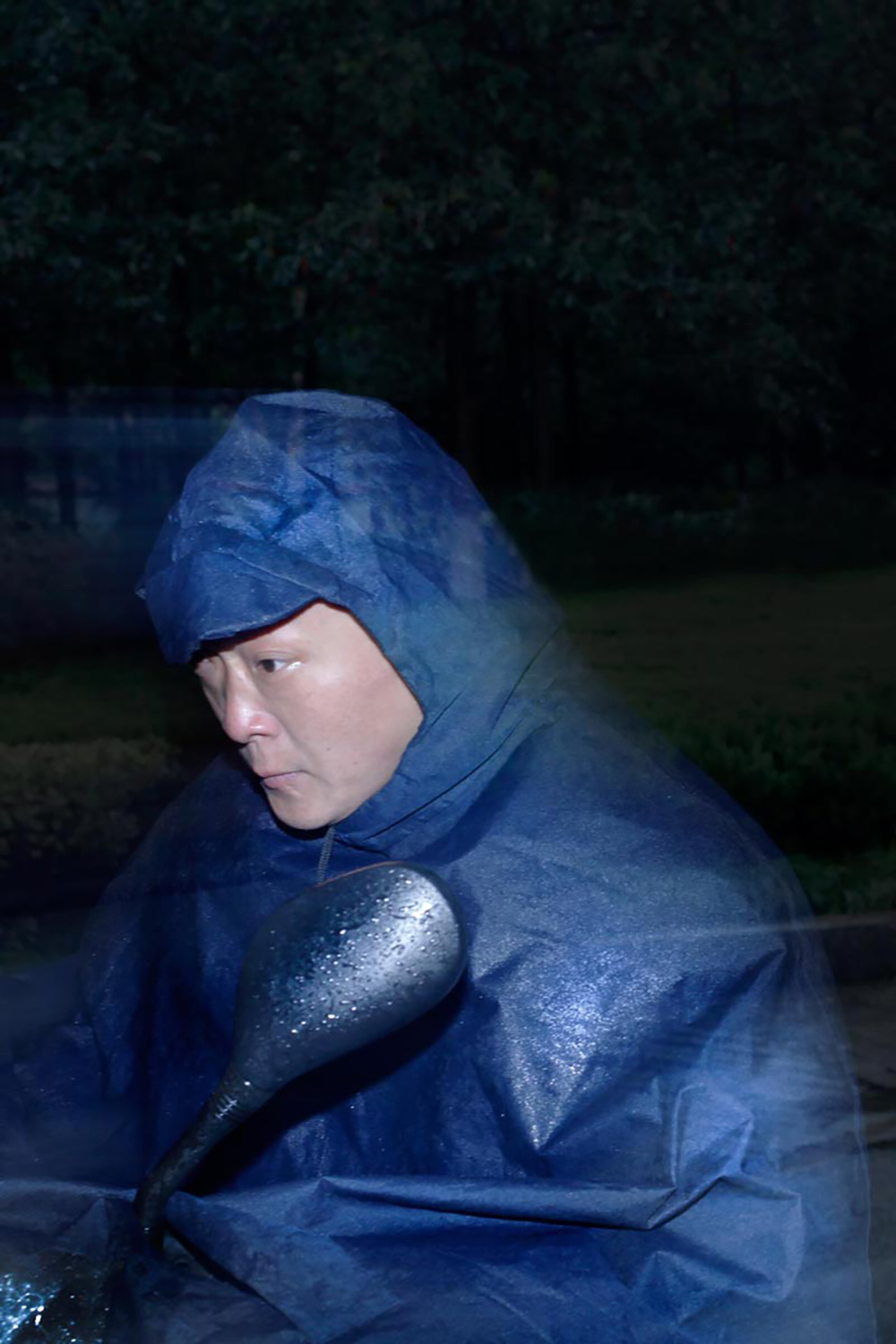 Q: Was it actually raining all the time, or did you wait for the rain to take your pictures?
A: In Hangzhou it was raining almost all autumn and winter: the city was really cold and drizzly. There was no heating system so all my clothes were permanently damp. I think I will remember the dampness for the rest of my life. The rain was a good tool for capturing people’s real expressions, and their glossy colorful jackets. 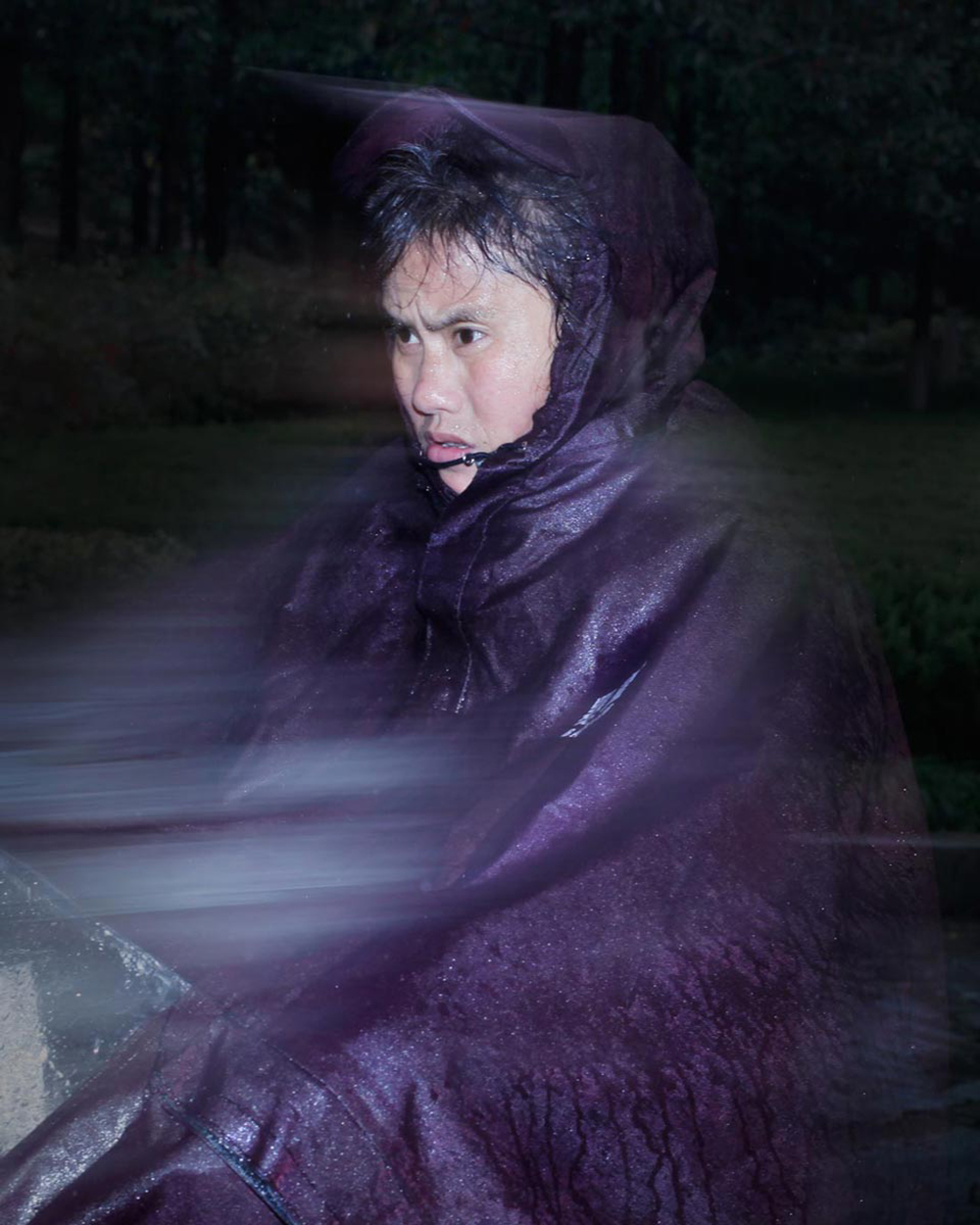 Q: What are your next projects?
A: I’m currently working on two photography/multimedia projects: the first in the Ukraine and the second in Iceland. The first one is called Sparks and tells about the changes caused by war in modern times, in contrast to virtual reality. I’m trying to capture the little changes in people’s appearance as well as their environment. I meet people who come in touch with death every day. I also analyze the images produced by social media users – images of war in the twenty-first century. The second one, Aurora Portraits, talks about Iceland’s awakening spirituality. I collect images of people who “see more” and capture the island’s energy and vibration. Both projects are connected and open up my own spiritual path to find the balance between life and death.
Thank you for your time, Wiktoria!
– Leica Internet Team
Read the interview in German here.