Your photos have a nostalgic look and are reminiscent of the work of classics such as Meyerowitz. Is that by accident?
Gillard: The nostalgia found in my pictures is there on purpose. I look for it. I seek out people and moments that have a vague sense of time to them. My aim is to take pictures that don’t sit squarely in the time they are made but rather have a feeling that they might have been taken in the past.Are you an autodidact or did you have some kind of professional photographic training?
I started taking pictures when I was around 20. I began by photographing my friends and the places where I traveled – a pretty typical start. Then I moved to New York. I worked in a restaurant at night and spent my days exploring the streets and neighborhoods of the city with my camera. I walked and walked. I became much more interested in taking photographs of strangers than of friends. Years later I studied photography for the first time at I.C.P. (The International Center of Photography), but it was during these first years of living in and wandering around New York that I began to learn to see with my camera.

On the whole you single out people. What kind of people catch your eye?
I am drawn to old and young people,  the two ends of life where I find that people are more themselves. I am interested in how they move through a day and how they present themselves in public..

How do you capture these decisive moments?
I capture these moments by walking and looking. I walk a lot. New York rarely disappoints. The city is a peacock. Everyone is here, a sea of humanity, triumphant and crushing all at once. The streets of New York are a theater, a never-ending performance.

What makes New Yorkers special?
New Yorkers are comfortable in public. We are an extroverted city, and a large-spirited group of people.

Why do you shoot analogue?
I shoot film because I think it looks better.  In so many ways digital cameras are helpful, more efficient even, but for my daily walks, film works better for me.  I can more easily get in sync with the rhythm of the city when I don’t have the distraction of looking at what I just shot. The delay in seeing the picture itself is an important part of the process for me.

Why Leica? Please talk a little about the M6 and your experience with it!
My first Leica was an M4, which I fell in love with instantly. Years ago I got an M6, and that too is such a special camera for me. It’s small, fast and quiet; it allows me to shoot on the street in a kind of benign way. People don’t seem to notice me, which is an important element to how I shoot and the pictures I take. My goal is to go unnoticed. I don’t want to disturb the scenes I see, if at all possible, and the M6 is perfect for that.

Is this NY series finished or to be continued?
I don’t think I’ll ever be finished shooting in New York. It is such a special place; it’s inexplicably filled with a sort of newness every day; it’s kind of incredible that way. I can walk a city block a thousand times and have a thousand different experiences. Ironically now, I see it as a constantly shifting and moving animal, perpetually changing. But now the city is still, the city is quiet, heavy with grief and uncertainty.

What’s your next project? Anything you want to plug?
I am the featured photographer in The Journal of Grievances, a photography magazine coming out this week from the New York & Bogotá based publisher, Antics. 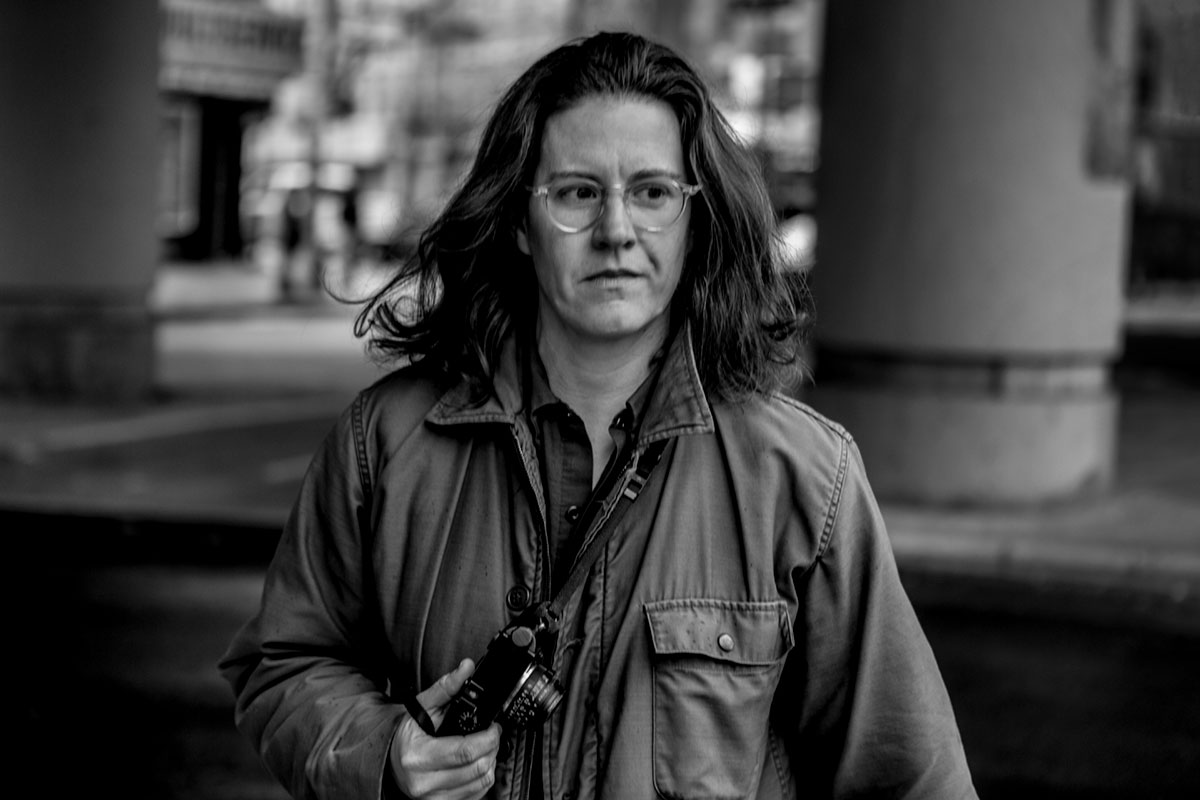 Julia Gillard is a New York street photographer with a Midwesterner’s eye for observing open spaces. A graduate of the International Center of Photography’s Photojournalism and Documentary Studies program, Gillard’s work has been exhibited at The New York Historical Society, The International Center of Photography and The Brooklyn Museum. Her photographs have been published in The New York Times, Mother Jones, Photograph Magazine and The Financial Times. Gillard is a visiting artist at Bard College and St. John’s University and is the photo editor of the Diner Journal, an independent magazine featuring original art, literature and recipes. You can follow her on Instagram or visit her website.